When Desmond Tutu addressed the Gesprek 2000 forum in the late 1970s, BOSS was there too, writes Johan Koornhof 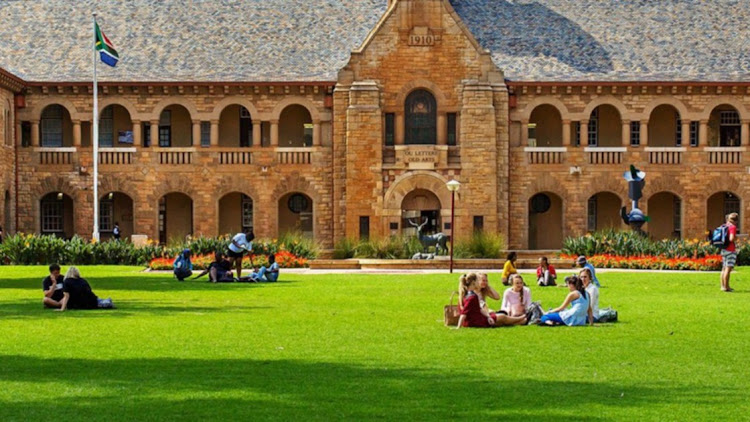 It happened when the Arch was still a bishop, and head of the SA Council of Churches, a troublesome thorn in the flesh of the Nationalist government.

He was a man of the cloth after all and not so easy to shut up or ban. Yes, people were banned then (not only organisations) which meant they could not be quoted, speak in public, or move about freely. It was the late 1970s, the country was in turmoil with even schoolchildren revolting against the regime, and desperate measures were used to silence any form of opposition.

My attempt as a student to add voice to the opposition was to initiate a futuristic forum called Gesprek 2000 (Dialogue 2000). The idea was to invite black leaders primarily to address Tukkie (University of Pretoria) students. Events were held at city hotels as black leaders were not allowed to interact with students on the campus.

To my delight Bishop Desmond Tutu agreed to address Gesprek 2000. He was well-known for his gregarious and mesmerising personality, as well as his outspokenness against injustice, racism, and the regime’s policies of deliberate deprivation and oppression. This was the very first time that most of the entirely young white audience would hear a black leader speak.

The bishop and I were both tense, though. This was uncharted territory. When he arrived, the venue was packed — people were more than keen to hear the “meddlesome priest” speak. His message was positive: acknowledging with utmost respect the history and background of his Afrikaner audience, and their own struggle for freedom, but speaking boldly about the untenable situation that the nation found itself in.

That evening he said what he preached all his life — we are all created equal, we need to treat each other with respect and dignity, we all deserve an equal place in the sun. A timeless message that had his audience rapt then, and still resonates throughout the world.

After his speech the bishop and I exchanged smiles and he gave his trademark chuckle; it had gone brilliantly, I thought.

But then came the questions. The first one was most blatantly racist, insinuating that black people were the descendants of Ham and cursed (based on the biblical story of Noah). The second one alluded to white supremacy, a third to black backwardness. All questions were mired in the narrative of white superiority and black inferiority.

What I did not know was that Gesprek 2000 was closely watched by the notorious Bureau of State Security (BOSS). It had planted several agents in the audience. Two were sons of prominent National Party office bearers, and others were former Tukkie students. The agents were relentless in their questions. It was a carefully orchestrated plan to utterly humiliate the bishop. When he realised what was happening, he turned to me, and softly said: “Johan, I don’t want to be here anymore….”

I never felt more ashamed. I had delivered our gracious and esteemed guest into the hands of brutal ideologues, dogmatists, and racists. What was particularly jarring was the stark contrast between Bishop Tutu’s reverence for his audience, his faith and moral compass, and the warped interpretation of the same biblical principles by the BOSS agents to humiliate and disrespect him (and other black leaders).

My moment of shame was a sad and sobering event. The bishop was made of sterner stuff, though. He inspired me, as he did millions of others.

I wonder how many times Desmond Tutu had to endure this. But what he showed me on that day was that he had the strength of character to rise above these humiliations. His were the principles of generosity, forgiveness, freedom, and hope. That will always trump dogma and ideology. As Michelle Obama once put it: “When they go low, we go high.”

As a young student my moment of shame was a sad and sobering event. The bishop was made of sterner stuff, though. He inspired me, as he did millions of others, to keep striving for a normalised society. Gesprek 2000 nearly did not survive these efforts.

The control exercised by BOSS, their ability to monitor and influence events, was quite astounding. The next Gesprek 2000 event was stopped through the direct intervention of the then justice minister, Jimmy Kruger, who phoned me and threatened to jail our next speaker (Dr Nthato Motlana, chairperson of the Soweto Committee of Ten) if he dared address white students in Pretoria. Kruger took nearly 15 minutes to read Dr Motlana’s entire ANC history to me (the ANC was still a banned organisation), with a final forewarning of jail. It was the very Kruger who had said that Steve Biko’s death had “left him cold”.

Those were truly the bad old days. Luckily Jimmy Kruger departed from the cabinet and Motlana, on one memorable evening, had a packed hall of Tukkie students eating out of the palm of his hand.

Desmond Tutu is a true hero of the world. Unbowed by suffering and humiliation, he allowed the human spirit to soar.

• Dr Johan Koornhof is a businessman from Stellenbosch. His father Piet served in the same cabinet as Jimmy Kruger.

SA should pick up the baton of Tutu’s consistency in fighting discrimination and suppression of the downtrodden, says former UDF leader
Opinion
4 weeks ago