We started feeling better and like Covid had gone / And then our scientists stumbled on Omicron ... (With apologies to Clement Clarke Moore)

’Twas the day before Christmas after a second Covid year
And many had lost loved ones and those they had held dear.
Anxiety was heightened and emotions were pushed to the max
Yet vaccine apathy persisted and not even death moved the antivax.
We started feeling better and it felt like the ’vid had gone
And then our brilliant scientists stumbled across Omicron.

The world was so grateful and they shouted out their thanks
And then promptly stopped Southern Africans from setting foot on their banks.
It soon became apparent that the new variant had already been widely spread 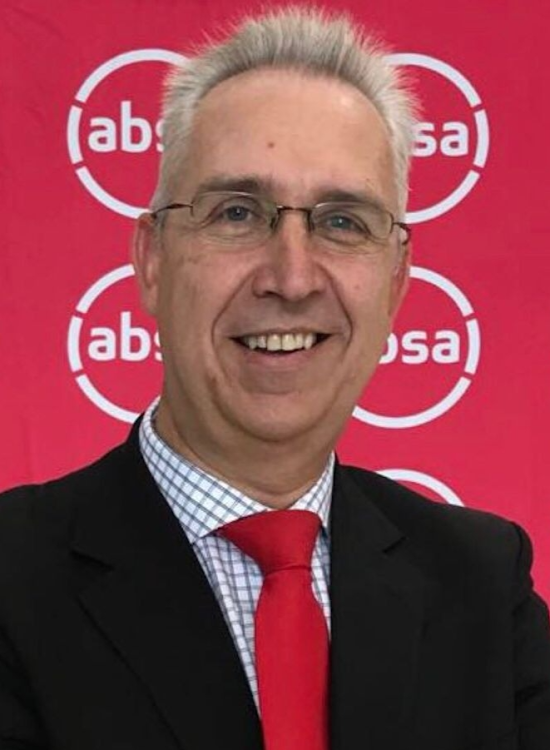 But Southern Africa remained scorned simply because our scientists led.
With the fourth wave now upon us it’s been another tough year to endure
With lots of ups and downs in an eventful ’21 to be sure.

We said farewell to Prince Philip, Jim Steinman and Larry King
And Steve Kekana and Ma’Mngoma no more their song will sing.
Wilbur Smith wrote his final chapter and Siegfried followed Roy
And Shaleen Surtie Richards won’t give us another Nenna to enjoy.
King Goodwill bid sala kahle and some questioned De Klerk’s final work
And Gunther made his final brew for his F.R.I.E.N.D.S. at Central Perk.

There were wildfires in Australia and in Canada and the States
And Europe and India were flooded as water rampaged over the gates.
Hurricane Ida beat Louisiana and Mozambique suffered Cyclone Eloise
And a deadly tornado outbreak brought six US states to their knees.
At home we witnessed flooding of beautiful George and the Garden Route
And one must question why some folks think climate change is still moot.

Trump supporters stormed the Capitol when the people voted in Joe
With the ousted president making history with a first inauguration no-show.
Zondo continued his corruption commission and contempt sent Zuma to jail
But he soon got out when Arthur Fraser thought he was looking a little frail.
That was not before two provinces saw deadly violence and widespread looting
With lives lost in the hundreds amid all the petrol bombing and shooting.

The US pulled out of Afghanistan and the Taliban quickly captured Kabul
With many trying to flee all the flights were more than full.
Richard Branson beat Jeff Bezos in the billionaire race to space
And the Ever Given sailed the Suez Canal but got lodged in a narrow place.
Global events postponed from last year we finally managed to get done
With the Dubai Expo and the Olympics some highlights from ’21.

Economies bounced back after the short recession of last year
With higher energy prices and supply chain blocks driving inflation fear.
The Federal Reserve announced its taper and then quickly doubled its pace
And then talked a bit more hawkish as it tried to save face.
Central banks were all quite nervous, not wanting to adjust policy too late
And the Reserve Bank remained quite accommodative but nudged up the repo rate.

Equity markets pushed on higher and the JSE reached a record peak
With MTN, Sasol and Richemont shooting the lights out, so to speak.
Distell was a major winner as Heineken looked to boost its SA stake
But Chinese tech stocks lost their shine as they sank in the regulatory wake.
Apple neared a three trillion market cap as it launched a new watch and phone
While ING was one of the standout banks that performed in the eurozone.

US golfers snatched back the Ryder Cup but Europe’s ladies kept the Solheim
And the Chelsea Blues won the Champions League for only their second time.
The Springboks beat the Lions at home and the Blitzbokke finished tops again
And Verstappen is Formula One champ when he took Hamilton on the inside lane.
Mamelodi Sundowns’ eleventh league title was their fourth win in a row
With Bafana missing the next World Cup after a Senegalese ref’s poor blow.

There were more events that could fill this space, like Britany Spears finally set free,
Preserver on Mars, municipality councils hung and oil exploration in the Wild Coast sea.
Enoch Godongwana took the finance minister job as unemployment hit a new high
And your eyes wouldn’t be deceiving you if you saw an SAA plane back in the sky.
But the global buzz remained on Covid and whether to impose a vaccine mandate
That will ultimately leave those without a jab locked outside their workplace gate.

We long for a bit more normal and getting back to those care-free ways
But it needs us all to show our arms so the world can get back better days.
Once again Clement Clark Moore’s story has been beaten up in this rhyme
And the final words are loosely his as they always are at this time:

“But I heard him exclaim, ere he drove out of sight,
A great festive season to all, and to all a good-night.”

WANDILE SIHLOBO: Observations from my drive to the Wild Coast from Pretoria

GEORGE PHILIPAS: Infrastructure spending in Africa is at a crossroads

Despite the current pandemic-induced malaise, there are enough reasons to be cautiously optimistic
Opinion
1 month ago

Dominated by extremist ideologues who value their notion of individual freedom above the public good, party is unwilling to impose the necessary ...
Opinion
1 month ago

Like the body of its founder Vladimir Lenin, the USSR is an unburied corpse, and some of its worst ideas could yet come back to life.
Opinion
1 month ago
Next Article