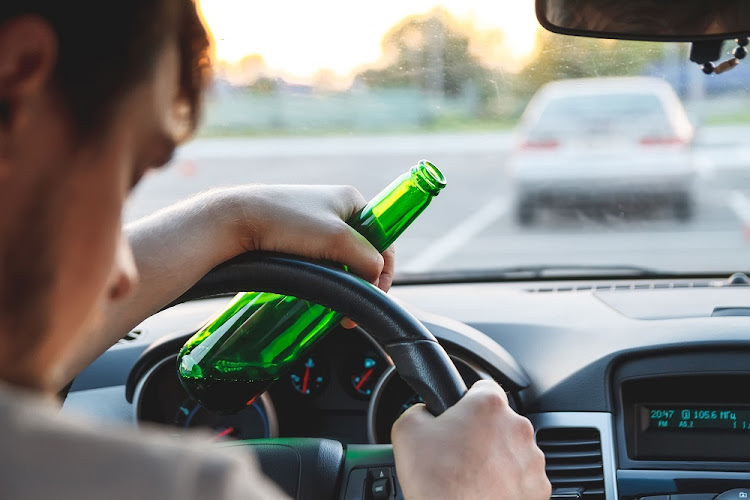 SA’s annual festive season is now under way; traffic volumes are set to soar — and with them, the number of fatalities and injuries on our roads.

Drunk driving is a significant contributing factor to road fatalities, both during the festive season and throughout the year. With 27% of fatal crashes in the country attributable to alcohol misuse, impaired driving represents a complex public health challenge that can only be solved through collective action.

The collaborative approach works. It’s why partnerships lie at the core of achieving the health priorities outlined in the UN’s sustainable development goals and why public-private partnerships are the key to driving positive behavioural change around the irresponsible consumption of alcohol in SA.

When we form cross-sector alliances to address problems such as drunk driving, it is with the recognition that they are too intricate and multilayered to be solved with cure-alls or in isolation. What is required instead is for all stakeholders to align their resources to achieve a bigger impact than any one entity can on its own.

In short, partnerships can be far greater than the sum of their parts.

The government, civil society and the private sector can all deploy their unique strengths to target different intervention points — a “total systems” approach to improved road safety.

The task at hand could not be more urgent. As many as 93% of drunk-driving deaths now occur in low- and middle-income nations such as SA, and as vehicle penetration in these countries continues to grow, so too does the need to invest in solutions that hold the greatest promise for preventing injuries and deaths. This means relying on research evidence to tell us where to direct our resources for maximum impact.

The alcohol industry itself has an integral role to play in this collective effort — and one area where tangible progress stands to be made is within traffic law enforcement and investment into effective road policing.

It is here that the South African Breweries (SAB) is directing considerable focus. In partnership with several provincial traffic management and law enforcement agencies, as well as the  with co-operation of the Road Traffic Management Corporation, SAB has been funding and equipping alcohol evidence centres (AECs) in drunk-driving hotspots around the country.

The centres are specially designed and equipped to provide law enforcement officers with the tools and road safety technology to curb impaired driving on our roads. Aside from infrastructure that includes consultation rooms, holding cells, furniture and medical fridges to store blood evidence, the AECs house specialised evidentiary breathalyser alcohol testing (EBAT) machines.

This state-of-the-art technology allows law enforcement officers to more effectively test suspected drunk drivers and confirm their blood alcohol level. Results from the EBAT machines are immediate, and the evidence collected is admissible in court.

Such accuracy and immediacy is critical in allowing police and prosecutors to secure convictions. In SA, where delays relating to the processing of blood samples often hobble trials and force cases to be thrown out due to lack of evidence, the EBAT machines represent an invaluable resource.

Improving the consistency and effectiveness of law enforcement in this way is an important step towards reducing alcohol-related collisions. This is why the World Health Organisation emphasises that laws and policies to curb drunk driving can be strengthened through stricter and more effective implementation of random breath testing. Any legislated blood alcohol concentration (BAC) limits, for example, need to be suitably enforced to make an impact.

The AEC initiative also holds great potential for affecting behaviour before drivers get behind the wheel. Public perceptions about the likelihood of getting caught — and prosecuted — play an important role in discouraging impaired driving. Here, the alcohol industry and other stakeholders, including the media, need to work together to boost the visibility of new enforcement measures, as well as to promote South Africans’ understanding of BAC and the penalties associated with exceeding it.

SAB funded AECs — at the Johannesburg Metropolitan Police Department and in Pietermaritzburg — are already demonstrating their early potential for reducing alcohol-related crashes and enhancing enforcement in the longer term. Though Covid-19 lockdowns have had a disruptive effect, the centres have been gathering vital data on alcohol-related crashes and arrests, successful prosecutions and the performance of the EBAT system in comparison to traditional blood alcohol testing.

Gathering and analysing this information is an essential part of a holistic approach to reducing drunk driving, especially in countries such as SA, where routine data collection poses a challenge. As more AECs open their doors and their evidence base grows in the coming year, a clearer picture of the scale and context-specific complexities of the drunk-driving problem will emerge.

Armed with that growing knowledge, we can continue to leverage the power of partnerships to create effective and carefully targeted road safety interventions that are firmly rooted in evidence.

• Bartis is director of communities at SAB.

Couriers have to compete for trips to make up for lost income, with the influx of exhausted drivers and a lack of training and safety equipment ...
World
2 months ago

Road Accident Fund legal fees and payouts to be overhauled

No more “coldrinks”: all interactions between officers and motorists will be recorded
Life
9 months ago

Beer brewers to cut off lockdown offenders to avoid another ban

The Beer Association of SA will not supply outlets not adhering to lockdown regulations, such as selling without a licence or after hours
National
1 year ago
Next Article