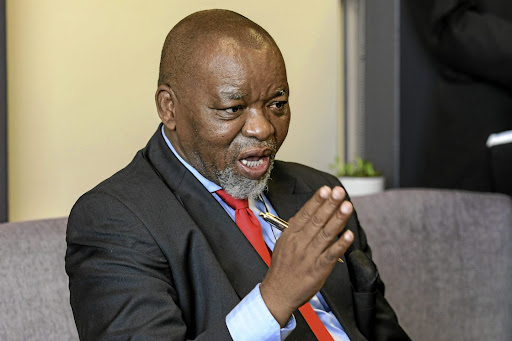 Our minerals and energy minister, Gwede Mantashe, has been having a rough ride from the greenies. Their argument is as simplistic as are many of them — that coal pollutes, and we must therefore stop burning the stuff.

What of the economic consequences of killing coal, though?  We in SA must look at these things in the context of our national crisis — the world’s largest unemployment rate.

The central question, which Mantashe is quite right to address, is: what will be the impact of shutting down our coal-fired, coal-powered stations and coal mines? It will be costlier electricity, fewer jobs, and a country with a quasi-third-world economy being relegated to the fourth-world division.

Far from being an economically illiterate pollution lover, as he is sometimes portrayed, Mantashe is 100% right to point out that if we turn our back on coal, we may be harming our future.

Taking off the green-tinted spectacles and looking at the state of today’s technology, SA’s ample coal reserves, and our existing fleet of coal-fired power stations, it would be lunacy to turn our back too hastily on fossil fuels. Simply switching technologies from coal to renewables (which have their own green issues) will require huge funding, which must be paid for and will essentially deprive other essential economic activities of capital.

The big challenge facing Eskom in providing cheap and reliable electricity is not its reliance on coal. It is neglect — but that was not always the case.

When the ANC came to power, SA had a strong selling point to companies that wanted to invest and build smelters and factories.  A surplus of cheap, reliable electricity. Those were the days when Eskom was being optimally run.

These days there is a power shortage, it’s costly, and regular rolling blackouts have demonstrated how unreliable it has become. This is not the fault of the fuel source but the consequence of the mismanagement and plunder that has overtaken Eskom over the past decade.

The analogy of a vintage car is apt.  Go to one of the collectors’ days and marvel at the ancient autos’ gleaming appearance and their robust performance. They are old, but they have been looked after and restored where needed. They still work and are in pristine condition despite their age.

Compare this with SA’s power stations. Even when they are not shut for maintenance, there is a strong risk they will just conk out. They have aged prematurely. The old bangers we are saddled with are not those much loved, cherished and maintained vintage cars; they are our power stations.

There is no reason we need to rush into the closure of these coal-fired power stations. They form part of the electrical capital stock, and it would be economically costly to prematurely euthanase them.

The charge is that SA is a nasty polluter and must catch up with the West in going green. However, this ignores the reality that for us, unemployment is a far more important problem, and by tackling green issues we will threaten to make it worse.

It is wrong — and Mantashe is right to resist it — that the world expects a relatively poor, Covid-19 battered, high-unemployment SA to make the sacrifices that will cripple its development so that the real pollution pumpers of today and the past — Europe, the US and China — can make less of a sacrifice.

For SA to co-operate on green issues, a quid pro quo is needed. SA’s green commitments should be reciprocated in spades by the rest of the world, with them investing in SA to reduce our unemployment problem. Cheap energy from coal was an important economic competitive advantage. To give that up, SA needs to be more than adequately compensated.

SA is described as a powder keg, a ticking time bomb, due mainly to the unemployment rate. No policy can be allowed to deprioritise unemployment. It would be a tragedy if we were to jump headlong onto the global green rollercoaster at the cost of our own economic survival.

Instead of sprinting to win a green Olympic medal, it is time for our leaders to reason more, for a serious and realistic debate to be held about where we are now and how long, how costly, and how difficult it will be to get to where we want to be.

Mantashe needs to be applauded for his stance.

But the just transition is set to be anything but what the word implies, smooth and straightforward
Opinion
1 month ago

BUSI MAVUSO: Government should stop dragging its heels over power generation by miners

ANTHONY BUTLER: There is method in Gwede Mantashe’s mineral ‘madness’

ANTHONY BUTLER: There is method in Gwede Mantashe’s mineral ‘madness’