A fishery in deep crisis

Alternative interventions are needed other than to disengage from dependent communities 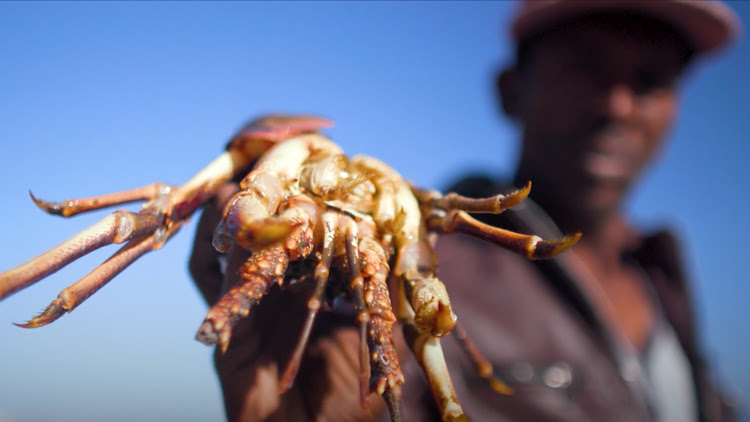 The West Coast rock lobster season opened officially on November 20. While the season opens for a few months each year, the fishery is fraught with deep-rooted issues year-round, with little hope for the numerous small-scale fishing communities that rely on the fishery for their livelihood.

West Coast rock lobster, once a widespread, abundant resource, is nowadays a highly sought-after, scarce marine resource, fetching high prices for legal sales. It is among the country’s most expensive seafood products on restaurant menus, sometimes almost doubling the extravagant per kg prices of prime beef cuts at supermarkets.

Most of our west coast rock lobster is exported.

The continued, insatiable international and local demand for West Coast rock lobster, irrespective of provenance, is fuelling unsustainable levels of illegal, unreported, and unregulated fishing. Without proper control of landed catches, the illegal fishery is driving the stock, the legal fishery, and many livelihoods into collapse.

Before the 2021 season, the department of environment, forestry & fisheries lowered the total allowable catch and set individual quotas for rock lobster for most small-scale fishers at just 35kg, down from 87kg in the previous season. The reduced quota is intended to address the overfished resource and ungovernable illegal trade, but simultaneously worsens the dire situation of legitimate small-scale fishers scrabbling to make a living and keep food on their families’ tables.

The issue of depleted West Coast rock lobster levels weighs heavily on the minds of South Africans, some of whom choose not to purchase or order the species from any source — legal (or illegal, as often this cannot be determined)— for fear of further adding to the issue. Sadly, irrespective of these purchase decisions, the illegal fishing and sale of this precious species will continue until illegal, unreported, and unregulated practices are thwarted.

There is a desperate need for effective, alternative interventions contrary to disengaging from the rock lobster fishery, and the communities that depend on it. To achieve any form of sustainability, we need to rethink how we get there and have a greater focus on the fishers who rely on marine resources. We have to engage, collect data jointly, analyse the data, implement practical checks in the supply chain, and reimagine fairm, transparent market opportunities.

Small-scale lobster fishers are caught in a vicious circle: they are aware their resource is shrinking but the lucrative market for lobster remains, unlike that for other species, which command lower prices.

The large-scale commercial lobster fishery also keeps reporting yearly profits. Biologically and scientifically the decision to reduce the quota makes sense and could lead to a positive recovery as early as next season, but these technocratic measures have devastating knock-on effects if implemented in isolation.

Steps need to be taken to work alongside the various fisher communities to address the penetration of organised crime into their fishery, and the misreporting of catches at the point of landing, to recognise legal catches and transparent supply chains, to reduce reliance on the lobster fishery and further explore species that are more abundant.

With digital tools, fishers were able to take control of, or access, their own data often for the first time. Importantly for this specific fishery, digital data platforms allowed fishers and Abalobi to provide the entire supply chain with accurate and verifiable records linked to permits and quotas as well as real-time tracking of lobster from landing to the final consumer. This meant that more revenue was directed to marginalised coastal fishing communities through fair prices for legitimate activities, improving the fishers’ resilience against hunger and poverty.

This work has continued and Abalobi undertook a further pilot in 2020 to include an export element, in partnership with a commercial lobster exporter. The pilot project has been well documented, and is best explained by traditional fisher David Shoshola in a documentary, Coding for Crayfish.

The longer that legitimate fishers’ livelihoods are threatened from inadequate returns from legal catches through unfair marketing arrangements, engaging in illegal fishing may be their best survival solution in the short term.

Abalobi believes that by improving the lot of fishers, we can:

For South Africans, lobster forms part of our rich cultural identity. It is an iconic product, and we all have to solve the issue together by ensuring that if one decides to purchase lobster (or any seafood) that it is legal and fully traceable. We can and must demand to see a valid lobster catch documentation when ordering — whether it is at a restaurant, from a fishmonger, online, or from a roadside market.

Consumer pressure can help to to force out the illegal trade and contribute to the overall rebuilding of the fishery, with small-scale fishers at the helm.

• Dr Raemaekers is fisheries researcher and co-founder at Abalobi.