China and Africa are ready to double down on their relationship 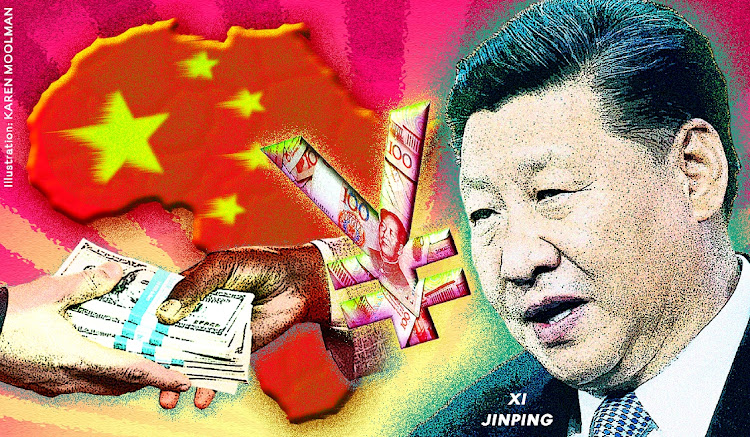 The writer argues that China-Africa relations have been nurtured on a heavy diet of credit lines in the last 20 years, but that seems to be changing. Picture: KAREN MOOLMAN

The eighth ministerial conference of the Forum on China-Africa Co-operation, held in the Senegalese capital, Dakar, on November 29 and 30, marked yet another footprint in China and Africa’s trailblazing journey of co-operation, which continues to unfold.

As per tradition, the conference produced an Action Plan (2022-2024) document, which details how the two parties will co-operate and shape their relations in the three intervening years before the next gathering. The action plan is a road map for Sino-African relations between forum meetings.

The contents of the plan are included in the document through consensus by both parties, reflecting China’s claim that its partnership with Africa is a “partnership of equals”. 2021’s action plan is broad and far-reaching, identifying nine major programmes to be undertaken in the next three years, including digital innovation, peace and security, investment promotion, trade promotion, green development, people-to-people relations, medical and health, capacity building, and poverty reduction and agricultural development.

While it is broadly similar to and, in many sections, resembles the 2018 action plan word for word, there are important differences between the 2018 and 2021 action plans that reflect China’s changing approach to its co-operation with Africa.

Firstly, unlike the 2018 plan, the 2021 plan has no jaw-dropping financial aid packages. In the 2018 plan China announced a total of $60bn in financial commitments to Africa, to be disbursed between 2019 and 2021. These included $20bn of credit lines and $10bn special fund for development financing. China also committed to avail up to $15bn in grants, interest-free loans and concessional loans in addition to the cancellation of interest-free Chinese-government loans for Africa’s least developed countries. There was also a $5bn special fund for financing imports from Africa, while Chinese companies would be encouraged to invest $10bn in Africa.

In contrast, the 2021 only has a total of $40bn in financial commitments. China promised at least $10bn in investments over the next three years in various sectors, including manufacturing, digital economy and agriculture. This is interesting because in 2018 the investment commitments did not single out any sectors.

Only $10bn in credit lines will be availed to African financial institutions. Moreover, $10bn in trade finance would be made available to boost African exports to China in a bid to increase the value of China’s imports from Africa to $300bn. China will also extend $10bn of its IMF special drawing rights share to African countries.

The 2021 plan has no specific offers on concessional loans, interest-free loans and grants. Even the $10bn credit lines will only be made available to African financial institutions, not to governments. This inevitably sparks speculation as to why China has decided to drastically cut the credit largesse this time around.

There are a number of plausible reasons. First, it may reflect the effects of the Covid-19 pandemic on the Chinese economy, which grew 2.3% in 2020, the lowest growth since 1976. This possibly left Beijing without the financial wherewithal to avail to Africa. Secondly, Beijing is being cautious considering African countries’ struggles with their debt burden. China has had to negotiate debt service suspension schemes with 19 African countries, including Kenya, Ethiopia and Zambia, among others. Third, this may be China’s response to and management of perceptions of Chinese debt trap diplomacy in Africa. China has been accused of piling bad debt on African countries, which it later uses as a bargaining chip.

From credit diplomacy to vaccine diplomacy?

2021’s forum meeting coincided with the global Covid-19 pandemic, whose defeat continues to be elusive two years after its emergence. The coronavirus has infected over 265-million people, with over 5.2-million deaths in the space of two years. China and Africa have co-operated extensively in the fight against the pandemic, which saw the former supply the latter with tonnes of anti-pandemic materials, including face masks, testing kits, ventilators, temperature guns, sanitisers and sending medical experts, among other things.

China and Africa even organised a novel Extraordinary China-Africa Summit on Solidarity Against Covid-19 to co-ordinate their efforts in containing the spread of the coronavirus. A global vaccination campaign begun in early 2021 in a bid to end the pandemic after countries like China, Russia, the US, Germany and the UK successfully developed vaccines. However, Africa is lagging behind other regions in the vaccination campaign, with only 11% of its population vaccinated compared to 63% in Europe, 66% in Asia Pacific, 72% in North America and 69% in Latin America.

This has been largely attributed to Western countries using their financial power to hoard vaccines, leaving poor regions like Africa without access. Africa’s slow vaccination campaign will make it difficult for the continent to vaccinate the at least 60% of its population needed to reach herd immunity. China has promised to step in to avert the vaccine scarcity facing the continent. The 2021 action plan states that China will provide Africa with 1-billion vaccines, with 600-million of those coming in the form of donations and 400-million supplied through joint vaccine production with African countries. This is enough to vaccinate over 40% of Africa’s 1.2-billion people.

If successful this would be the largest bilateral vaccine supply to Africa, surpassing the US’s 500-million vaccine pledge to poor countries. The plan goes beyond vaccine diplomacy to building a China-Africa community of health through creating robust public health systems that will be able to withstand any future pandemics.

The digital economy and the green economy emerged as the new strategic areas of co-operation between China and Africa in the 2021 action plan, and are both part of the nine major initiatives. The digital economy is mentioned as a subsection under economic co-operation, whereas in 2018 it was only mentioned in a few paragraphs under the infrastructure subsection. Green development has a new stand-alone section, whereas in 2018 it was a subsection under social development co-operation.

In recognition of the importance of the digital economy, China and Africa have formed the Initiative on Jointly Building a China-Africa Community with a Shared Future in Cyberspace. This will see the two sides co-operate in cloud computing, big data, artificial intelligence, internet of things and mobile internet. China has pledged to co-operate with Africa in terms of digital innovation, technological transfer and digital infrastructure.

This should not be taken lightly. The digital economy occupies one of the main areas of geopolitical competition between the US and China. It seems China is actively recruiting Africa as its digital sphere of influence. Africa should be careful not to undermine its digital sovereignty while gaining as much assistance as possible from China.

Under green development, the plan emphasises ecological protection and climate response, clean energy and maritime co-operation. These initiatives may be read as China’s response to the G7 countries’ proposal of a “new deal with Africa” in its June 2021 summit centred on green development. On the other hand it could be Beijing’s response to criticism of its infrastructure projects in Africa being environmentally and socially insensitive.

Nonetheless, it is a welcome development for Africa that its largest development partner is taking climate change seriously. Africa is currently battling with climate change effects in the form of devastating floods, intense heatwaves and desertification, which have caused huge economic damage, displacement, and loss of life.

Is China molding Africa after its own image?

The latest Forum on China-Africa Co-operation action plan is quite comprehensive and far-reaching, encompassing political, economic, cultural and security dimensions. Unlike the 2018 action plan, the latest plan has an entire section on sharing experience on state governance. This will entail co-operation at the level of political parties and legislatures exchanging ideas on governance.

China has also pledged to share its experience in economic development, including the management of state-owned enterprises, competition policies, law enforcement and customs facilitation. Further, China is willing to train African police and military personnel in fighting terrorism, law enforcement, peacekeeping, and public order. It is not a secret that Africa faces a dearth of capacity and competence in these key areas, and any help for improvement is welcome. However, co-operation in the political, economic and security spheres comes with ideological baggage. Africa must work with China, especially in capacity building, but be careful not to have its own values and ideals displaced.

In conclusion, 21 years after the first forum meeting, China and Africa are ready to double down on their relationship. The 2021 forum came hard on the heels of the 13,000-word white paper on China and Africa released by the Chinese government on November 26. The white paper intends to take the relationship to a new level by building a China-Africa Community with a Shared Future. The Forum emphasises new areas of co-operation such as the digital economy, green development, and vaccine diplomacy.

China has also committed to shaping Africa’s political, economic and security institutions. China-Africa relations have been nurtured on a heavy diet of credit lines in the last 20 years, and that seems to be changing if the content of the 2021 plan is anything to go by. Overall, China plays an important role as Africa’s development partner, but Africa must be more proactive and co-ordinated in its relationship with China. China has released three Africa policy papers since 2006 yet Africa is yet to develop a policy paper on China.

• Monyae is director of the Centre for Africa-China Studies at the University of Johannesburg.

Red-listed countries are all African, but point that out and get ready to be accused of playing the ‘race card’
Opinion
6 months ago
Next Article