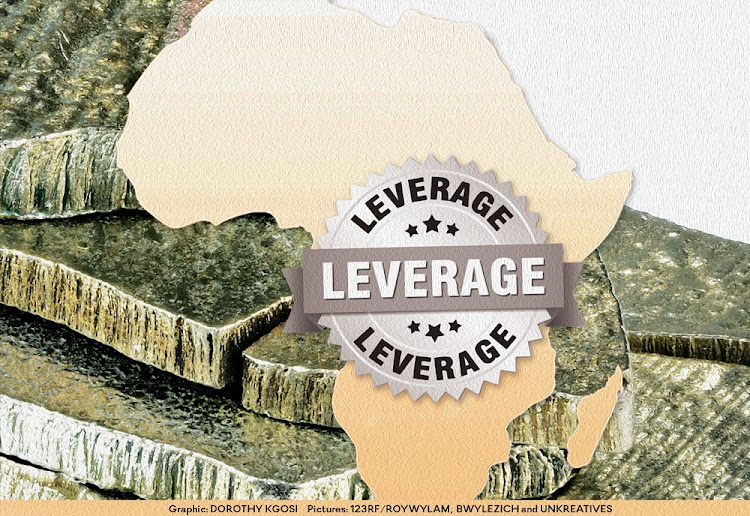 The Omicron variant of the coronavirus, first identified and sequenced in SA in November and the information then shared with the rest of the world, has sparked a global economic and political domino effect. The imposition of physical barriers such as travel restrictions on Southern Africa has locked countries out of the global economic recovery, with the biggest effects in the areas of travel, trade and tourism.

One of the most egregious elements of this two-speed recovery is the continued “red-listing” of countries in the global south. A disproportionate number of African countries being placed on banned lists signals the emergence of a contrived cordon sanitaire through travel restrictions, fuelling speculation about the motives behind these decisions. Advanced economies seem to be content to use the pandemic as justification for such insular, nationalistic impulses, which should serve as a wake-up call to African countries that the status quo will continue unless they radically alter their approach to global diplomacy.

African countries would do well to learn from India, which managed to reverse its red-listing by the UK and a number of other countries despite continued high infection rates and as the place where the Delta variant was first identified. Using a combination of economic muscle, diplomatic skill and political charm, India was able to leverage its comparative advantages to reverse its red list status. Three features of India’s approach stand out.

First was the pressure brought to bear on the World Health Organisation (WHO) to name new variants according to the Greek alphabet. Indian officials rallied early to avoid stigmatisation, warning that media coverage of the “Indian variant” could fuel racism. This was a masterstroke that allowed the country to exercise damage control and mitigate more devastating economic consequences.

The country’s policymakers also flexed their economic muscle and geostrategic importance to the UK in the post-Brexit reality. The UK’s exports to India grew at 7% a year between 2013 and 2018, and it is India’s second-largest investor. At the same time India now supports more than 500,000 UK jobs; it is the second-largest investor in the UK after the US. With record numbers of Indian students arriving in the UK to study, India’s influence on the UK economy was simply too big to ignore. The size and scale of India’s market, along with postpandemic realities and its critical role in the UK’s vaccine supply, meant India needed to be kept onside.

In addition, it was able to leverage its unique, intangible strengths. With Rishi Sunak, Alok Sharma and Priti Patel — all of Indian ancestry — at the heart of the current Tory government, Indian policymakers leveraged their strong diaspora links to shift the needle.

On their own, Southern African countries lack the economic muscle or diplomatic clout to do the same. Tit-for-tat retaliation would serve to further weaken their domestic economies, especially the fragile tourism sector the region so desperately needs to stimulate. Yet a more combative strategy that may mean short-term pain for long-term gain may be necessary to avoid the risk of perpetual bullying. However, this can work if the continent adopts a united position that places collective bargaining at its core.

A logical response would be to replicate India’s scale by speaking with one voice for the continent. However, African solidarity on this matter has been underwhelming and driven by self-interest. Rather than stand in support with SA and affected countries, the response of other African countries has been lukewarm — leading President Cyril Ramaphosa to compare their behaviour to that of their former colonisers.

The travel restrictions reveal much about the way the global north views Africa. From vaccine hoarding to resisting the release of critical intellectual property under the Trips agreement to allow for domestic vaccine production, it is difficult to shake the realisation that the odds of achieving a shared prosperity and a joint emergence out of the pandemic are rigged against Africa. Add to this draconian travel bans that are devoid of evidence, consistency or logic, Africa has again emerged as a victim with denied agency.

Rather than lauding the excellence of scientific research that enabled the discovery of the Omicron variant, countries have instead sought to tar and feather the messenger, reinforcing the perception of a “disease-ravaged and incompetent” continent.

The pandemic has amplified the world’s worst, most insular impulses. With no referee to adjudicate what is fair or not, and no defined rules of engagement, the strong do what they can, and the weak suffer what they must. There is therefore a need for recognition that the system cannot be turned around unless there is a scarce commodity the developed world needs. India, with its vast services economy and deep linkages into the global economy, recognised this and used it as a bargaining chip. Here, a country such as the Democratic Republic of Congo (DRC) — with the world's largest proven reserves of cobalt, a component in lithium batteries used, among other things, in electric vehicles — could leverage this advantage as a tactic to achieve a larger goal.

If countries continue to hoard vaccines, either directly or through the nonrelease of intellectual property, the DRC — backed by the AU — should consider leveraging its control of global cobalt supplies to bring parties to the negotiating table. A willingness to mirror the belligerence of contemporaries on the world stage is sometimes necessary to recalibrate mutual expectations. Of course, this is a tactic that should be used as a short-term measure, buying time to build up necessary human capital to diversify and compete on other fronts.

A demand by SA for compensation from the WHO ... would send a clear signal that it will not tolerate this treatment and understands the strategic value of its research capability.

SA has a clear comparative advantage via its superior viral genome sequencing and repurposed HIV/Aids health-care infrastructure. But despite its well-intentioned aim to inform the world, SA scientists sounded the alarm not for no reward but at net harm. Such efforts need to be better leveraged politically. A demand by SA for compensation from the WHO (even if performative) would send a clear signal that it will not tolerate this treatment and understands the strategic value of its research capability.

But playing to win also requires a good dose of self-reflection. The continent’s inability to speak in unison and harmony compromises all countries. Weak public institutions, low levels of investment in high-quality education and a tepid embrace of continental free trade, all point to a lack of foresight and the fortitude required for a game-winning strategy.

If there ever was a time for Africa’s economies to unite and become more integrated, that moment is now. Despite the geopolitical scramble for influence on the continent there is a distinct lack of sincerity in how countries approach their engagement with Africa. This episode has highlighted that the continent cannot depend on anyone for benevolence and should rather bet on itself. Doing so effectively requires a deep understanding of the nature of the “game”. Instead of denying its existence, Africa must play to win.

• Gopaldas is a director at Signal Risk, and Araba an agricultural policy specialist. Both are Tutu fellows.