MASHUDU MASUTHA: Beneficial ownership transparency is slowly starting to take off in SA 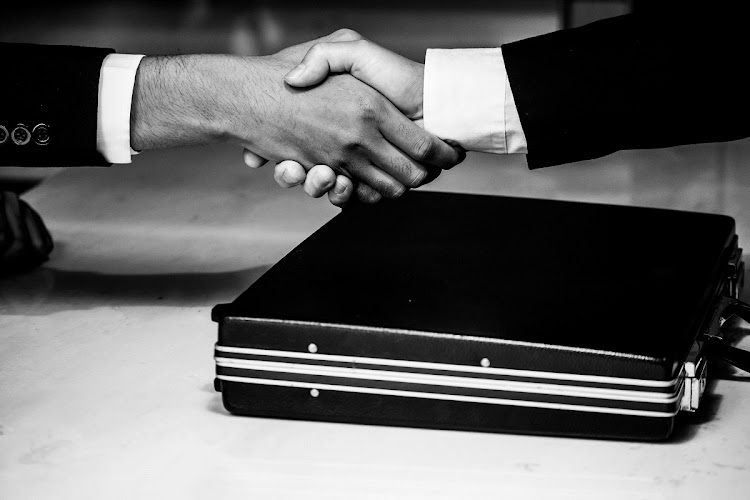 SA has made a decent start to addressing beneficial ownership transparency shortfalls, and the Financial Action Task Force (FATF) has correctly moved towards asking the question of how open data on true ownership can be harnessed by the government, the private sector and civil society organisations. The necessary elements are in place, but now we need bold steps, because the stakes are high and not just in monetary terms.

At the 1996 annual World Bank meeting its then head, James Wolfensohn, in one of the most memorable speeches by a sitting president, stated: “We must tackle the issues of financial economic efficiency, but we need to also address transparency, accountability and institutional capacity. And let’s not mince words, we need to deal with the cancer of corruption.”

Since then, the World Bank has estimated every year $1-trillion is paid in bribes and an estimated $2.6-trillion is stolen annually though corruption. To put these colossal numbers into perspective, that is more than 5% of global GDP and 10 times the amount of the 2019 official development assistance aid of the World Bank. This substantial amount of money lost poses a significant obstacle to sustainable development, and for developing countries much like SA it worsens the key vulnerabilities in ending extreme poverty and negates any possibility of the enhancement of shared prosperity.

Corporate secrecy is a key enabler to the growing corruption of illicit financial flows. For many years companies have been afforded policy protections such that it is almost impossible to know and understand their true ownership and flows of benefits. This opacity allows individuals to secretly use companies to disburse the risk of their ventures into the broader community. Therefore, companies become a  conduit for wrongdoing, with all of the benefit and none of the risk.

Beneficial ownership transparency is a concept that is focused on putting a name to the person hiding behind the shield of a company, or more often an arrangement of companies. This form of transparency allows for imposing accountability on an individual or group of people who flout the law, launder money, evade taxes or participate in corruption.

Over the past few years beneficial ownership transparency has advanced to the top of the global anti-corruption agenda. Global efforts have taken the necessary steps for tackling corporate secrecy. The FATF is the global standard setter on combating money laundering and is the only international body with the mandate to ensure compliance with measures that facilitate financial crime investigations. The FATF also has a consequence mechanism in that it has the power to sanction countries that fail to comply.

However, the long-standing critique of the international body has been that its network of countries has been weak when it comes to ensuring beneficial ownership transparency. Civil society organisations such as Transparency International have called on the FATF to review its standard and guidance documents, and adopt a multipronged approach in which access to beneficial ownership data is prioritised in the form of centralised public registers.

These central public registers will enable citizens to access ownership information quickly and effectively to scrutinise relationships or address suspicious flows and corporate patterns. Introducing a central public register as the beneficial ownership transparency standard is a necessary shift towards setting a new global norm that prioritises the use of data to combat corruption and reduces the use of anonymous company structures to divert public funds for private gain.

However, with the current FATF international structure and most recent October plenary meeting ending with calls for proposals on the amendments that make beneficial ownership registers a requirement under the FATF recommendations, as well as an endorsement to make registers available to the public, it seems to suggest support for greater openness to enable adequate scrutiny. This is a significant step forward for advocacy for corporate transparency and access to beneficial ownership information.

This is also an opportune moment for SA to pursue greater openness in the legislative provisions, institutional framing and implementation of financial transparency. SA has been a FATF member since 2003 and the country’s performance in terms of implementation and regulating effective beneficial ownership transparency provisions has been poor. The most recent 2021 FATF mutual evaluation report found weaknesses in SA’s financial transparency systems and instructed the Treasury to take remedial steps within 18 months.

Corruption has consequences and too often in the space of corporate financial secrecy this is not readily apparent. The opacity of company ownership is not linked to lack of basic services for the most vulnerable groups — though it should be. Investigative reports and myriad procurement scandals illustrate examples where the companies involved seem innocuous, until one goes several layers deep into the shareholding and discovers a politically connected person receiving a kickback.

In Corruption Watch’s body of work in the mining space we have identified that state officials, senior political leaders and other politically exposed people often have private interests in mining companies, which results in those companies receiving preferential treatment in respect of mining right applications.

Furthermore, the veil of company secrecy and lack of beneficial ownership transparency facilitates large-scale corruption, illicit financial flows and dirty money in party political financing in SA. The need for access to company and trust ownership information is therefore an essential part of significantly curbing the impunity that has largely gone unchecked, to the detriment of ordinary citizens.

• Masutha is a researcher at Corruption Watch.

Sipho Pityana, who was fired by Absa as a board director after refusing to resign, will take the bank's decision to court.
Business
2 weeks ago

With a new Covid grant, and demand for a basic income grant spiking, companies such as GovChat are getting in on the action. Is SA risking another ...
Features
1 week ago
Next Article