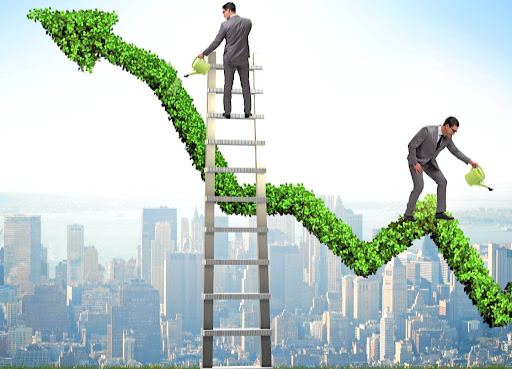 I recently managed to take a trip back to my native Dublin for the first time in two years. Walking around the city in the early autumn sunshine, it was incredible to see how much the place had changed since I left 20 years ago. A glorious cacophony of different languages and cultures in the city today contrasts starkly with the pale parochial monoculture I left.

The latest census (2021) shows that 14% of the Irish population were not born in Ireland. They now come from all over, including SA. While I was there, Hillbrow-born Pamela Uba won the Miss Ireland Competition and will represent Ireland in the next Miss World competition. When she is not doing that, she works as a doctor in one of the leading hospitals in the country.

Migrants didn’t just change Ireland. They made it better. Anti-migrant rhetoric featured in the recent SA local elections, in particular in Johannesburg. One of the more curious aspects of the discourse on migrants in this country is the strange view that there is a fixed number of jobs to go around. There isn’t. The cake can be as big as the ambition of policymakers.

Investment is attracted by lots of things, but go to almost any country in the world and ask investors why they are there and skills will feature in the top three or four reasons. Getting more skills into SA will not block local opportunities, it will create them. Migrants are those with a singular determination to try to make it elsewhere. They bring energy, ideas and hustle.

The xenophobia that periodically bubbles up here sends a really negative message to would-be investors and those who could make a positive contribution to this country. This is amplified when migrant drivers getting burned alive in their trucks doesn’t get political attention but banning them does.

Meanwhile, people leave. Some recent figures by mutual financial services provider Professional Provident Society (PPS) are a cause of worry. PPS says 20%-25% of professionals exiting its insurance and medical coverage schemes cite emigration as the reason. This is not an empirical finding but as a proxy it’s a worry. Other indicators provide similar trends.

According to work by Jannie Rossouw of Wits Business School, in the last two financial years the number of taxpayers earning above R750,000 declined by about 9,000. That is not insignificant. These are the worst people to lose — those with the money to create wealth and jobs. Most SA emigrants are in their 20s or 30s — prime taxpaying years. They have been educated here, gone to university here. They are taking both valuable skills and taxable rands with them. It’s a double hit. Yet inexplicably, SA is making it harder for these citizens to hold dual citizenship, closing off the option of them returning — with their skills and money.

The Covid-19 pandemic has resulted in the biggest rupture in living memory. Never before has a global crisis had such a discombobulating impact on every country on the planet, for so long. Disruption on this scale brings significant change, no more so in how we work. Many countries are now positioning themselves to attract mobile remote workers. These are like tourists who never leave. They just spend foreign currency locally. What’s not to like?

SA doesn’t have to join the chase for the global remote workers (though it should do that too), it can start with its own citizens. There are probably close to 1-million South Africans living abroad. From an economic perspective the best kind of migrants are these home-grown ones. Ireland has a tradition of emigration. When things turned sour people sought opportunities abroad. When things improved, they returned, bringing new skills, money, ideas and networks with them.

The most often cited reasons why South Africans leave are lack of financial and employment opportunities, crime and, critically, confidence in the future. Interestingly, nobody says it’s because they want to get away from family, the weather is terrible and it’s a total dump. I have travelled through OR Tambo enough to see many distressing scenes as families said goodbye, often for years, sometimes forever. Home is still home.

For all its problems, this country is a big, beating democracy in the heart of Africa, and it is still a fantastic place to live. More so if you are paid in euros, dollars or dirhams.

• Rynhart is senior specialist in employers’ activities with the International Labour Organisation, based in SA. He is author of ‘Colouring the Future: Why the UN plan to end poverty and wars is working’

Like his predecessor, Enoch Godongwana is pushing for economic reform and cost efficiency. But while the Treasury can opine about things, it cannot ...
Features
7 months ago

Heightened uncertainty remains over whether the  Reserve Bank will hike rates, as October inflation prints at 5% year on year
Economy
7 months ago