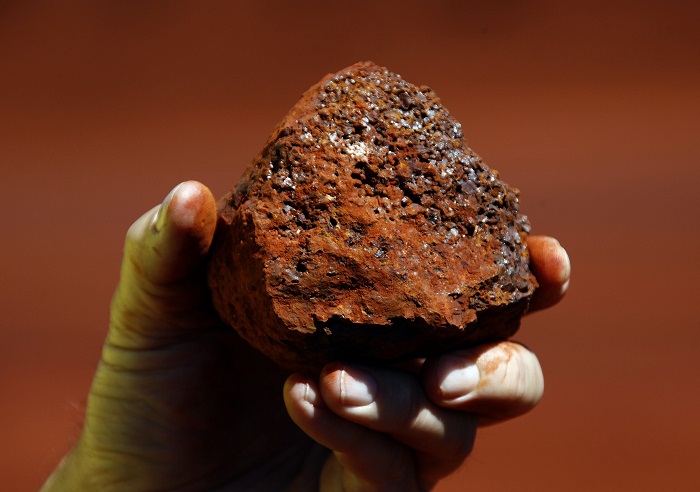 Iron ore is facing a barrage of bearish indicators as China’s steel output and demand continue to weaken, and the best hope for the raw material is that Beijing once again opens the stimulus taps in 2022.

The price of the steelmaking ingredient seems to be finding a floor around $90 a tonne in recent weeks, having plummeted by 62% from its record high of $235.55 a tonne in May to a recent low of $88.85 on November 15.

The spot price of the benchmark 62% grade for delivery to north China, as assessed by commodity price reporting agency Argus, ended at $90.70 a tonne on Wednesday.

The price has traded at $90-$100 a tonne so far in November, with only a brief drop of two trading days below $90, which coincided with the weak Chinese steel production figures.

China buys about 70% of global seaborne iron ore volumes and produces about 50% of the world’s steel.

However, China’s steel output has been sliding in recent months as the industry cuts back to meet a government target that 2021 production must be no more than 2020’s record 1.06-billion tonnes.

Daily steel output in October was 2.3-million tonnes, the lowest since December 2018, and a fifth consecutive month of declines.

In theory, China could produce about 183-million tonnes in November and December and stay below the target, but it is unlikely that production will rise over the two months, given restrictions on energy usage and a desire to limit pollution in the Beijing area ahead of the Winter Olympics in February.

There are also question marks over the strength of Chinese steel demand, with data from the key building sector looking bearish as new construction starts by floor area have dropped 7.7% year on year in the first 10 months of 2021, weakening from a 4.5% drop in the first nine months of the year.

On the supply side, iron ore is looking plentiful with top exporters Australia and Brazil over disruptions in the first quarter that helped propel the huge rally to the record high in May.

Vessel-tracking and port data compiled by commodity analysts Kpler and Refinitiv point to strong arrivals of iron ore in China in November, reversing the drop in October, when customs data showed imports of 91.61-million tonnes.

China’s November imports are estimated at 104.6-million tonnes by Refinitiv and at 109.2-million by Kpler.

However, if imports do come close to these estimates, it may be more of a bearish indicator for prices as it will probably lead to even higher inventories being held at Chinese ports.

It is normal for iron ore inventories to build heading into the northern hemisphere winter as steel mills generally want to ensure adequate supplies to meet demand when construction ramps up from spring onwards.

However, port inventories are now well above the pre-winter peaks of the past two years, which were both just more than 130-million tonnes.

Overall, there are now no reasons to be optimistic for a rebound in iron ore prices, it is more likely that the raw material may struggle to hold above the $90 a tonne mark.

The best hope for iron ore is that the authorities in Beijing decide to stimulate the world’s second-largest economy in the first half of next year to meet growth targets and stave off fears of weakness in the key building sector.

The production increase was driven by diamonds and iron ore, while copper output fell 6%
Companies
1 month ago