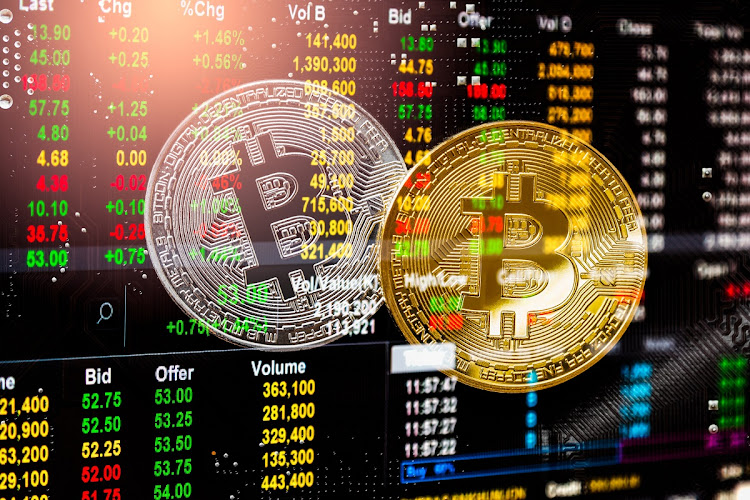 Energy consumption in the mining and transacting of cryptocurrencies is facing increasing public scrutiny. The bitcoin market now exceeds $1-trillion and the energy consumed by mining bitcoins alone could reach 128TWh (terawatt-hours) by the end of 2021, according to the Cambridge bitcoin electricity consumption index, compiled by Cambridge University researchers.

The amount of electricity consumed by the bitcoin network in one year could power all the kettles used to boil water in the UK for 15 years — or more than the Netherlands uses in a year. Bitcoin mining now uses 66 times more electricity than it did in 2015, and the number is only set to increase. And this does not even take into consideration all the other cryptocurrencies, of which there are more than 4,000.

Substantial financial rewards are driving the rise in giant data centres dedicated to cryptocurrency mining. These consume monumental amounts of power on an ongoing basis because they make use of specialised, large-scale and high-powered computing devices. Add to that the economies of scale and the growth of global investment interest in cryptocurrencies, and it becomes clear why there is global concern about the carbon footprint of these mining farms.

Coal and other fossil fuels are traditionally used to generate the power used for cryptocurrency mining, which creates a surge in greenhouse gas emissions that add to the growing climate crisis. But there is an alternative that makes environmental and economic sense — renewable energy. The private sector-led non-profit Crypto Climate Accord seeks to eliminate carbon emissions from the crypto industry by moving all blockchains to renewable energy by 2030, if not sooner. And by 2040 it wants the crypto industry to reach “net-zero” emissions or become entirely carbon neutral.

To successfully combat climate change, crypto miners will have to switch from using electricity generated by burning fossil fuels to using clean energy sources such as wind and solar power, while other technological innovations can reduce greenhouse gas emissions through energy efficiency or by capturing these gases before they escape into the atmosphere.

SA has ample supply of sustained sunlight hours throughout the year, lengthy coastlines and an abundance of dams — all of which offer immense potential to expand into sustainable renewable energy production. The “Planning & Prospects for Renewable Power: Eastern and Southern Africa” report published by Irena in April found that SA’s largest wind zone, an area of 792km² in the Eastern Cape, has projected 5,808GWh of wind energy by 2030. This represents a significant investment opportunity to diversify the country’s and region’s power infrastructure and energy mix, according to the findings.

However, the transition to renewable energy must be done responsibly to stimulate the economy and attract further investment. Stakeholders have raised concerns about whether renewable energy might result in job losses across the coal sector. There are further concerns over operational complexities and tax challenges between independent power producers (IPPs) and policy positions and actions that have tended to be reactive and driven more by crisis management than by forward-looking leadership.

Like much of the world, the SA government has pegged 2050 as the deadline for net-zero emissions. Many are hopeful that cryptocurrency could expedite the transition. The future of crypto is validated by its profits. After the fixed costs of capital equipment, electricity costs make up the largest percentage of a crypto miners’ costs. Therefore, the decreasing cost of electricity is the biggest leverage to profit margin. The question is, can adopting cryptocurrencies as a legal means of tender fast-forward the transition to clean energy?

SA launched renewable energy tenders in 2021 as part of the fifth window of the Renewable Energy Independent Power Producer Programme to encourage IPPs to invest in green technology. The gazetting of a ministerial determination opens the way for procurement of 11,813MW over the next three years. This would comprise 4,800MW of onshore wind; 2,000MW of solar photovoltaic (PV) with 513MW of battery energy storage; 3,000MW of gas or diesel; and 1,500MW of new coal.

Successfully implementing this transition will require co-ordinated efforts across the public and private sectors with sufficient regulation in place. Platforms for transparent public-private exchange and knowledge sharing will be crucial, alongside the responsible management and mitigation of risk. This will allow for the creation of stable policy and long-term frameworks while improving market design and derisking investments and adopting renewable-focused integrated planning strategies. The early involvement of local communities, continued collaboration with all stakeholders and inclusive decision-making processes are key to ensuring that renewable energy projects lead to long-term development.

For now, the scale-up to increased renewable energy supply by 2030 will have to be exponential. In fact, it has been touted as the biggest shift in SA’s electricity supply industry since the formation of Eskom nearly a century ago. Though cryptocurrencies may fluctuate in value far faster than many other investments, the reality is that they are here to stay. As a country with a rich heritage of mining pioneers, we are once again presented with the natural resources needed — albeit solar, hydro and wind — to successfully and sustainably mine this digital gold.

Unless you’re sure that ‘this time is different’, crypto values won’t crash but could disappoint with years of mediocre returns
Opinion
6 months ago
Next Article