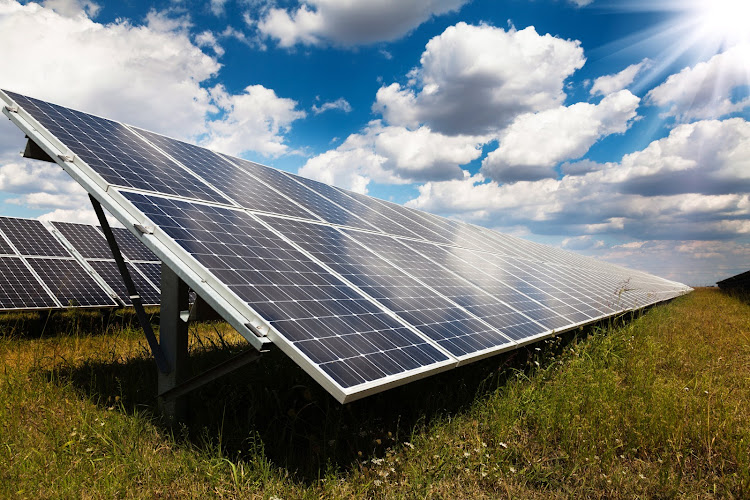 Renewable energy is great. Viewed in isolation from all else it is the cheapest form of energy provision, and of course it is a significant contributor on the journey to a zero-carbon life.

Facts and figures around the energy added to the grid, jobs created and the carbon reduction aspects are presented simplistically, never stopping to distinguish between capacity (gigawatts, GW) and actual energy (GW hours) or to consider the real effect of those statements on our ability to sustain a growing, job-creating, manufacturing economy.

Carbon reduction is and must remain at the top of our agenda. However, we cannot dismiss the social effects with a singular focus on reducing carbon.

Makeup of the Eskom generation fleet

There are 13 power stations in the old coal fleet with an average age of 40 years, which instead of 90% availability are operating at an average level of about 60%. It is estimated that they will be out of commission over the next 15 years, but given recent experiences this may be optimistic.

Old coal-fired power stations are “OK” for consistent base load, but do not take kindly to being turned up and down on a regular basis to meet the two daily peaks or to step in when renewable resources aren’t playing ball, much like idling your (40-year-old) car all day and then revving it into the red for three hours twice a day.

We see reputable consulting companies and energy “specialists” speaking of “the pent-up supply of shovel-ready projects in the renewable energy industry, which will add 10.3GW of capacity — more than enough to plug the country’s persistent electricity supply gap” and “deploying the available pipeline of renewable energy projects will enable SA to increase its total generation capacity by about 18.6%”.

These statements are frankly misleading and detrimental to the basic objective of ensuring that the bedrock of our economy holds firm. They focus on the concept of capacity to generate energy under optimal conditions rather than actual energy produced over time. Consumers use energy, not capacity.

Consider the following: the two most efficient sources in the Eskom portfolio are the Koeberg nuclear power station and the imported Cahora Bassa hydro power. Koeberg’s share of capacity is about 3.4%, while its share of the actual energy produced is 6.6%. Cahora Bassa’s is 2.1% and 3.9% respectively.

Conversely, wind generation’s share of capacity is about 4.7% while its share of energy produced is 3%, and solar PV is 4% and 1.7% respectively. So when the statement is made that capacity will be increased by about 18.6%, the real answer is closer to 10% in actual energy produced, and what’s more the timing of that production cannot be predicted.

All energy produced from wind and solar PV is accepted by Eskom when these plants are actually generating. It is the cheapest form of generation when they actually generate. The balancing is done by other sources, currently mainly the coal-fired stations, hence the saying “Eskom is the grid’s (absolutely critical) battery”. The cost of providing and maintaining this standby power or battery is ignored when we say renewable energy is the cheapest form of generation.

Solar PV generation was a lot more consistent, almost like clockwork, but only available in the middle hours of the day. The best day yielded 11GWh, with an average of 9.5GWh, but even here there was a cloudy day that yielded only 4.2GWh, less than half the average daily yield.

It is not difficult to see that neither intensive industries demanding energy 24/7 nor the small- and medium-sized job-creating manufacturers we so desperately need as the job multipliers, can be sustained on renewable energy alone, without power that is readily and easily dispatchable when required.

There is a tipping point where the expected contribution from renewable energy is just too high and grid stability is lost. When a grid trips the consequences are disastrous. Even technologically savvy Germany, after an aggressive renewable energy rollout, has had to back-track and restart some old stations or buy nuclear energy from its neighbour.

Furthermore, the Eskom data for wind generation over the last four years points to an evening peak load factor that is on average 50% higher in the summer months than in winter. Again, this seasonal variability needs to be smoothed by dispatchable technologies.

Gas as a transition fuel

This is not an anti-environment pitch. However, the events of July in SA tell us we simply cannot ignore social aspects entirely in favour of unsustainable carbon reduction. If we do it will be at our peril. We need significant new quantities of stable, readily dispatchable power sources to balance our grid and sustain our economy.

This brings us to natural gas. The carbon footprint of a kWh of gas-generated electricity is 40% of a kWh of conventional coal-generated electricity. New gas-to-power projects in Mozambique can generate electricity at a tariff well below those that are being produced by the competitive processes reported on and extremely competitive to the Eskom mega flex rates. And it is a permanent solution that can be built with local resources. And, perhaps more importantly, it’s ready to go.

Why is it that SA, with its desperate power supply situation and despite long tapping into Mozambican energy sources in the Cahora Bassa hydro power scheme and the Pande and Temane gas fields, appears so reticent to tap the new, ready to go, long-term power supply solutions available from our neighbours?

Neither $8.5bn from the US and Europe nor the risk of restrictions is likely to cause immediate political change
Opinion
6 months ago

Anglo American Platinum is investing in hydrogen and solar technology.
Business
6 months ago
Next Article