Would the department of sport, arts and culture have withdrawn support if the Miss World pageant was held in China, Zimbabwe or Turkey? 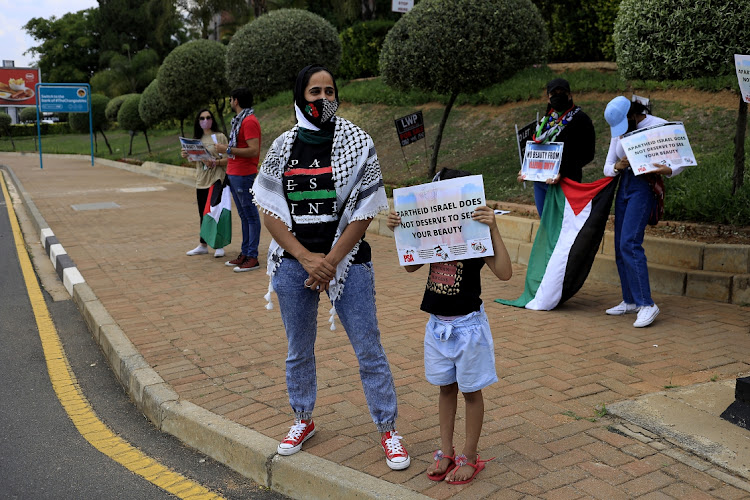 In making its case for Miss SA Lalela Mswane to withdraw from the Miss Universe competition to be held in Israel next month, the department of sport, arts, culture & recreation has said atrocities committed by Israel against Palestinians are well documented and that government, as the legitimate representative of the people of SA, “could not in good conscience associate itself with such”.

The decision came after weeks of lobbying by the Boycott, Divestment, Sanctions (BDS) movement, which maintains Israel is an apartheid state. BDS is pushing against an open door. It is not atrocities the ANC deplores; it is the Jewish state itself. It has always described Israel as a state founded on the basis of apartheid and has questioned the possibility of a Jewish state being democratic. This is a crude, uninformed and biased critique. Those interested in a serious analysis can do no better than to read “Israel and the Family of Nations,” by Alexander Yakobson and Amnon Rubinstein.

Israel was born in recognition of two national movements — an Arab/Palestinian and a Jewish movement — within the British Mandate for Palestine. Those supporting partition knew they were supporting the creation of a Jewish state, alongside an Arab/Palestinian state. That was the UN’s position. Importantly, it was not simply the voice of the West. In fact, the West represented a minority in the general assembly: the Soviet Union, the Eastern Bloc, many Latin American republics, Liberia and the Philippines all supported the idea of a Jewish state.

In the context of two peoples fighting over the same territory, partition of the mandate was seen as the reasonable and moral option by the UN Special Committee on Palestine. It complied with regnant notions of national self-determination. The Jews were considered a people in the national sense, deserving of “a country of their own” where they could be “masters of their own fate,” as the Guatemalan delegate to the special commission put it.

It needs to be remembered that the Israeli declaration of independence did not determine that Israel was to be a Jewish state, but rather that the Jewish state was to be called Israel. The new state would reflect the will of the majority population. This is why Hebrew has official status and this is why the state’s symbols and public life are legitimately and understandably Jewish in character.

This Jewish character is questioned by opponents of the Zionist idea. But it does not contradict the norms of democratic governance. A nation’s symbols need not be neutral: consider the flags of the UK, Australia, New Zealand, Switzerland, Greece, Hungary and Scandinavia’s democracies. They all bear the sign of the cross. With the exception of Lebanon, all Arab countries declare Islam to be the state religion. And Syria, with its huge Kurdish population, is officially known as the “Syrian Arab Republic”, while Algeria ignores its Berbers in calling itself an Arab country. Morocco does much the same in defining itself as “part of the greater Arab Maghreb”. The envisaged Palestine will also officially be an “Arab state”, according to the Palestinian Declaration of Independence adopted by the PLO, albeit guaranteeing the rights of all citizens.

Even the contentious “law of return” — seen by Israel’s critics as privileging Jews — is not unique. Many countries have similar legislation favouring national diasporas. Sometimes this involves arrangements for national repatriation, sometimes for immigration and citizenship. Only Israel is assailed in this regard. Put simply, according to the European Commission for Democracy, it is a recognised European norm that nation states can have ties with “kin” beyond the borders and treat such kin preferentially. In the 1950s, ethnic Germans could get automatic citizenship in Germany, even after living out of Germany for hundreds of years. Similar laws exist in Ireland, Finland, Greece, Poland, Hungary, Bulgaria, Slovakia, the Czech Republic, Slovenia and Croatia. Hungary even confers economic privileges for ethnic Hungarians in neighbouring states.

When it comes to the treatment of its minority Arab population, Israel is also not exceptional. To be sure, all is not perfect and important legislative initiatives need to be embarked upon. Yet it needs to be noted that the treatment of Arab Israelis compares favourably with the treatment of minorities in other liberal democracies. States are never neutral. Think of the headscarf issue in France and the official status of particular churches in the UK, Denmark, Norway and Greece. The Catalans and Basques in Spain certainly do not live in a neutral state and the Turks insist that the national identity of all its citizens is exclusively Turkish. Kurds remain marginalised. Turkey will always be identified with the Turkish language, its culture and its national identity. Moreover, preferential treatment is provided to foreign nationals of Turkish descent and to those of Turkish cultural identity.

The truth is that minorities remain an issue in many liberal and constitutional democracies. But given Israel’s circumstances — most notably its effective state of war with most of her neighbours — the Jewish state has done reasonably well. Her far from perfect treatment of Israeli Arabs is certainly comparable to the treatment of minorities in many other respected countries. After all, despite its Muslim minority Italy’s highest court only a few years ago reaffirmed a law requiring that a crucifix be displayed in state schools. Few know that Israel has a lower infant mortality rate among its minorities than France, Britain and other European countries.

The bottom line, then, is that Israel’s declaration of independence declares all its citizens equal, without distinction of race, creed or sex. In practice, there are flaws and these should be ironed out. Significantly, human rights activists, of whom there are many in Israel, work hard to highlight shortcomings. But similar shortcomings and ambiguities exist in many other democracies. Israel is not alone. But the excoriation of Israel and attempts to boycott her in world forums is unique.

Let us be clear. No-one expects the SA government to shy away from issues of concern in foreign policy choices. But one wants consistency and honesty. Would the department of sport, arts, culture & recreation have withdrawn support if the pageant was held in China, Zimbabwe or Turkey, or many other countries where “well documented” atrocities have been identified?

Identifying only Israel as delinquent is, in the words of former Harvard president Lawrence Summers, anti-Semitism in effect if not intent.

• Shain is emeritus professor of historical studies at the University of Cape Town.