MOKGATLA MADISHA: The MTBPS delivered for the markets, with no surprises 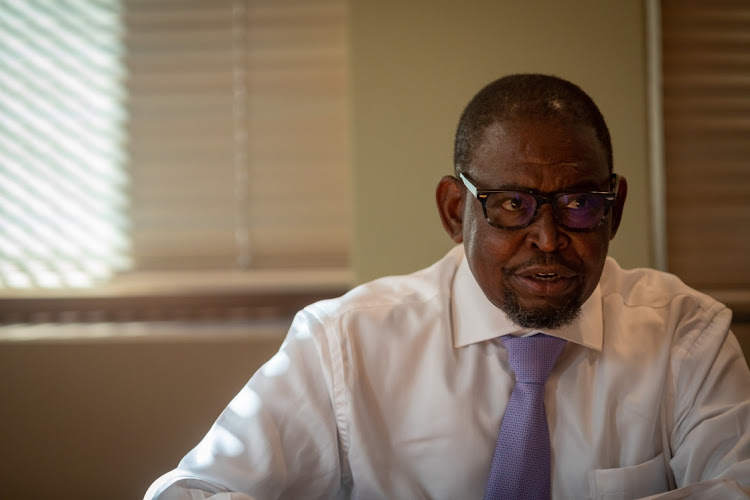 Unlike medium-term budget policy statements (MTBPSs) of the recent past, the market was primed for positive surprises on Thursday. After all, monthly tax collection data pointed to a large revenue over-run relative to the February 2021 budget. Moreover, with growth rebounding stronger than expected, this should have been a relatively easy policy statement to deliver. But...

The theme of last year’s statement and the February budget was “Fiscal consolidation and growth”. When finance minister Enoch Godongwana was introduced to the investment community, he was at pains to point out that he has been head of the ANC economic policy unit for many years, and that he has been involved in the budgeting process, and he and Treasury director-general Dondo Mogajane know each other well, having previously worked together. Therefore, we should expect policy continuity.

It is fair to say that going into this budget expectations were high that the minister would deliver a positive budget because of the revenue overrun, so the opportunity to disappoint was certainly there. The market reaction suggests the minister delivered on expectation and may have slightly outperformed.

Under his predecessor Tito Mboweni, consolidation meant reducing the share of the budget spent on wages by allowing the wage bill and social grants to grow below the inflation rate while maintaining expenditure on infrastructure spending.

On this score, Godongwana has delivered. After allowing for the increased extension of the Covid-19 relief grant this year, social grants are projected to fall from 3.6% of GDP to 3.07% of GDP in the 2024/25 fiscal year. We had expected this line item to be maintained at about 3.5% of GDP on account of higher unemployment.

On the wage bill, the R20.5bn gratuity for public servants will be funded by a one-time reprioritisation away from the infrastructure fund, with an unchanged projection of increases in the wage bill of 1.5% per year. There is a note of caution here: there is pressure to increase support to those who are not currently receiving grants, increase the child support grant for orphans, and introduce a new grant once the Covid-19 grant ends in March 2022. A decision has yet to be made by the government on whether any of these grants are affordable within the current fiscal context. On this last point, Godongwana was at pains to point out that this will be a government decision, not a National Treasury decision. I thought this was a nice touch, as it helps protect Treasury from undue criticism.

Finance minister outlines the government's spending priorities, with the focus on continuity and stability in post-Covid recovery
Economy
9 months ago

How is the revenue windfall being spent?

Treasury expects revenues to surpass February 2021 budget estimates by about R120bn. This number is in line with what private sector economists have been projecting. Expenditure during this fiscal year is R59bn higher than February 2021 projections, mainly due to the extension of the Covid-19 grant, public sector wage agreement and an allocation to the SA Special Risks Insurance Association to enable it to pay the claims from the July riots.

The extra revenue from high commodity prices is seen as transitory and is being used largely to reduce debt. The debt to GDP ratio is projected to decline marginally this year to 69.9% from 70.7% before rising to 77.8% in 2024/25, with a peak debt ratio of 78.1% in 2025/26. While this peak is about 10% lower than the February 2021 projections, this is largely because Stats SA revised its estimates for the size of the economy by 11% earlier in the year. We need to see a bigger consolidation effort or much faster economic growth to achieve a stabilisation of the debt ratio.

On the growth front, the MTBPS offered little in new thinking. Instead, there was a rehash of the same promise to accelerate structural reforms. Revised target dates were offered for the release of the spectrum and the implementation of an e-visa system. Third party access to Transnet rail infrastructure will be implemented by the end of 2022. The National Treasury projects real GDP growth of between 1.6% and 1.8%. While this is in line with the decline in potential growth over recent years, such a low level of growth will result in persistently high unemployment.

Over the next three years the borrowing requirement is projected to be R173bn lower than February 2021 estimates, resulting in a similar decline in long-term domestic loans to be issued. In the current fiscal year the Treasury projects foreign funding of R77bn, up from R46bn in February 2021. Local issuance will be concentrated in the three to 16 year part of the curve. This announcement contributed to long-dated bond outperforming. However, I think we should not interpret this to mean there will be significantly less duration coming to the market. The debt redemption profile means the Treasury will continue to employ switch auctions (buying short-dated bonds in exchange for longer maturities) to manage rollover risk. However, for now this was seen as positive.

The MTBPS delivered for the markets by delivering on policy continuity as far as fiscal consolidation is concerned. There were no surprises. Ratings agencies are unlikely to change their views on SA on the strength of this MTBPS. Low GDP growth results in weak per capita GDP, which is pressuring the credit rating lower. SA needs growth and more growth. Hopefully, the February 2022 budget will do better on this front.

• Madisha is head of fixed interest at Sanlam Investments.

While the MTBPS may look great on paper, and the minister may have impressed the markets by saying all the right things, the budget ultimately lacks ...
Opinion
9 months ago

ISAAH MHLANGA: From lamb chops to Lunch Bars, the Treasury’s cuts are crucial

PODCAST | Budget review: Is it going to be enough?

HILARY JOFFE: Godongwana’s credible budget will be tested by tough decisions he makes

The finance minister has come up with reasonable proposals, but markets will be convinced only by consistent application, writes Hilary Joffe
Opinion
9 months ago
Next Article