Could it be that a policy of even-handedness had gone too far? 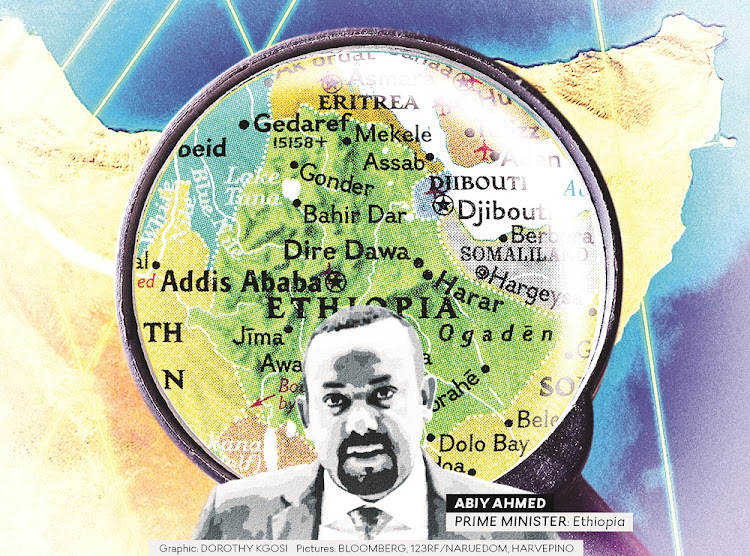 At the time of writing last Monday, rebel forces were steadily advancing on Addis Ababa and nine factions have reportedly formed a political alliance to “push for a political transition in Ethiopia”. It looks like the game is up for Nobel peace prize laureate and Ethiopian Prime Minister Abiy Ahmed.

Abiy launched a full-scale military assault on the Tigray region in response to an attack by the Tigray People Liberation’s Front (TPLF) on army headquarters in November 2020. With military support from Eritrea, a long-time foe of the TPLF, he promised a swift victory. A year later, Abiy stands on a precipice. He declared a state of emergency on Wednesday and called on former soldiers to defend the capital against a possible attack.

The humanitarian situation in Tigray is overwhelming. There are credible reports of thousands of deaths and more than 1-million people displaced. The UN says aid supplies have not entered the region since mid-October. It is facing widespread famine.

This week a joint investigation by the UN and an Ethiopian state-appointed human rights commission found “serious abuses and violations of human rights, humanitarian and refugee law” by all sides, and said it “has reasonable grounds to believe that a number of these violations may amount to crimes against humanity and war crimes”.

The attack on Tigray in 2020 was a major miscalculation by the federal forces. The TPLF, which ran the country for 27 years, had no intention of folding. “PM Abiy threw an ill-trained peasant army against a battle-hardened, formidable army with an iron will to fight and expected to win,” said Rashid Abdi, a Horn of Africa expert. Last week’s takeover of Dessie and Kombolcha by TPLF forces, which gives them access to an airport, and the alliance with the Oromo Liberation Army (OLA) is likely to change the balance of power.

With 100-million people and two decades of double-digit economic growth, Ethiopia plays a central role in the stability and security of the Horn of Africa. Its unravelling threatens a region that has already seen a military coup in Sudan in October and flailing regimes in South Sudan and Somalia.

Early on in his administration, US President Joe Biden addressed the AU summit of African presidents and reaffirmed his commitment to the continent. US support for Ngozi Okonjo-Iweala as the head of the World Trade Organization, the interest in the African Continental Free Trade Area, and the strongly worded statements by US secretary of state Antony Blinken against human rights abuses, indicated that America was truly “back”.

Events last week suggest the US dropped the ball. Up to now, the US deployed diplomacy and gentle threats to ease the tensions between the two sides. It refrained from singling out responsibility in an attempt to stay neutral. On Tuesday, the US finally made a move. Biden announced a suspension of Ethiopia’s special duty-free access in January 2022 under the African Growth and Opportunity Act (Agoa), telling the US Congress that “Ethiopia’s “gross violations of internationally recognised human rights” made it ineligible for Agoa under the law.

If this suspension is enforced it would affect Ethiopia’s exports to the US of up to $200m each year. In response, and as a result of the TPLF’s march towards the capital, Ethiopia’s sovereign dollar bond and its Eurobonds plunged on Wednesday.

Other world leaders have finally woken up. The AU has been conspicuously absent to date, but the threat of Addis Ababa falling to the rebels has sent shock waves through the region, especially in Kenya where the fear is that the conflict will spill over the border.

The AU said on Thursday that commission chair Moussa Faki Mahamat had met the US special envoy, Jeffrey Feltman, “to discuss efforts towards dialogue and political solutions to the conflict”. The UN Security Council reiterated calls for calm. Ugandan President Yoweri Museveni called for an East African Intergovernmental Authority on Development  meeting on November 16. It may be too little, too late.

Could it be that a policy of even-handedness went too far, even when reports from Tigray of aid blockages, famine, deaths, rapes and other human right violations made it clear the situation was unbearable? Could it be that the international community could not stomach the idea that a Nobel peace prize laureate had taken the country down the wrong path?

Even Facebook staked out a position — much to the anger of the Ethiopian government. It removed Abiy’s post on Wednesday that called on his fellow countrymen to “organise and march through [any] legal manner with every weapon and power ... to prevent, reverse and bury the terrorist TPLF”. A Meta spokesperson said it violated “our policies against inciting and supporting violence”. Social media has stoked ethnic tensions throughout the year.

What happens next is unclear. The ideal scenario would be for the two sides to lay down arms and reach agreement. That does not seem likely. There is talk of Abiy being deposed by his own government. He is seen as an increasing liability. The TPLF and OLA could capture Addis Ababa, but they would not have legitimacy to rule. They lost the seat of power in 2018 for good reason. The possibility of a broad political alliance to prepare for a post-Abiy transition may be the most promising option of stopping the bloodshed — if the more than 80 ethnic groups in Ethiopia can agree.

Peaceful transitions are hard. Zambia is one of the few recent examples of a successful transfer of power with the election of Hakainde Hichilema in August 2021. Even then, it was far from certain that the incumbent, Edgar Lungu, would step down without a fight. Sudan, once feted for toppling Omar al-Bashir in 2019, is now in crisis. South Sudan fell into civil war just two years after independence. Most transitions in the region end in tragedy.

As the TPLF circles and Abiy entrenches his position, the world must act. It needs to use its diplomatic, financial and military powers to avert disaster. The fate of Ethiopia hangs in the balance.

• Wolfe, an international lawyer based in the UK, is MD of Marlow Strategy.

Weeks before the country’s military was to hand leadership of the governing authority to civilians, paving the way for elections, progress towards ...
Features
6 months ago

UN human rights experts on Friday called on Mali to crack down on hereditary slavery after a series of violent attacks against people born into ...
World
6 months ago
Next Article