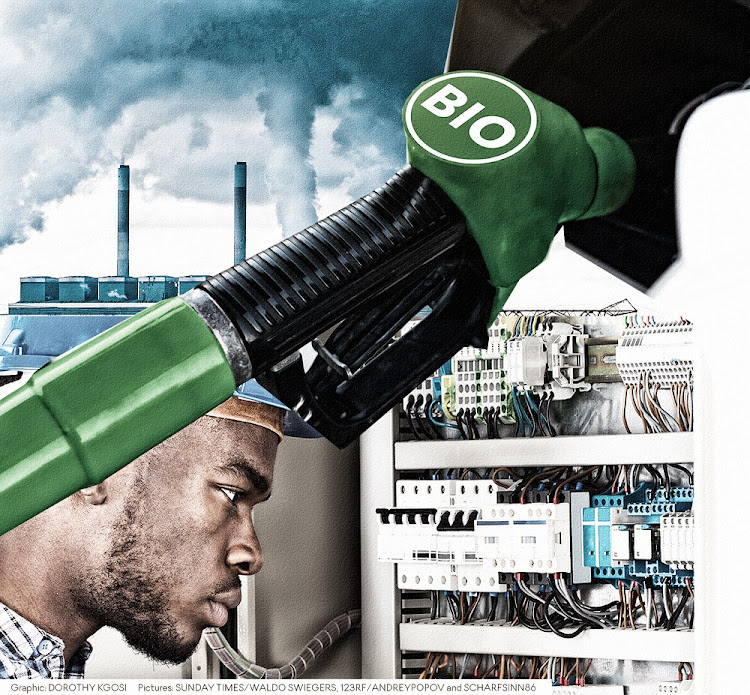 When President Cyril Ramaphosa addressed by video link a special session of COP26 in Glasgow on “Accelerating a just and inclusive energy transition” last week, he emphasised that “a just transition requires finance and support from wealthier nations to enable low- and medium-income countries to protect employment and to promote development”.

The UK, US, France, Germany and the EU have offered to mobilise an initial $8.5bn over the next three to five years to support the in SA, with a view to longer-term engagement.

The offer has the potential to make a substantial contribution to our sustainable development goals. It will support Eskom’s plans to repurpose eight to 10 ageing power stations, reskill and upskill workers for new jobs, and develop new enterprises in towns historically dependent on Eskom’s value chain alone.

The transition process will be based on the full involvement of organised labour and business in targeted programmes to ensure workers, women and young people are the major beneficiaries of our shift to a greener future.

In terms of the Integrated Resource Plan 2019, several coal-fired power stations are due to be decommissioned between now and 2030. This is necessary not only to reduce carbon emissions but to address the deteriorating performance of older coal plants that are nearing their end of life.

In anticipation of this reality, the Eskom plan will rapidly expand alternative sources of power, achieve greater energy access and security of supply, reduce the risk of load-shedding and improve air quality.

While a substantial proportion of this finance can be used for Eskom’s plan, and for associated social initiatives, funding can also be channelled for the development of new job-creating sectors such as electric vehicles and the implementation of the Green Hydrogen Sector Master Plan that was recently released by the cabinet. The declaration does not impose any onerous conditions on our country or economy.

A joint negotiations team will be set up between SA and the international partner countries to discuss an investment plan and financing modalities that will form the basis of a future deal. The negotiations team is expected to complete its work over the next six months.

SA will establish a finance work stream that includes the National Treasury, the Industrial Development Corporation and Eskom, to unpack the details of the offer provided in the political declaration. The finance work stream will advise the SA component of the negotiating team to ensure all processes are in line with the national regulatory environment and our country’s socioeconomic objectives. This work will determine whether the offer is in our national interest.

Climate change poses physical and transition risks to our economy and our society. The physical risk in the form of rising temperatures, drought, flash flooding and fire poses a threat to human health, agriculture, tourism and the built environment.

As our major trading partners transition to low-carbon economies, our goods and services, produced in high-carbon value chains, face an increasing risk of carbon border tariffs and other nontariff trade measures, rendering them less competitive on international markets.

At the June Group of Seven summit in Rome, Ramaphosa expressed similar concerns that “we should be careful not to advocate one-size-fits-all approaches to disinvestment from fossil fuels or impose nontariff barriers or discriminatory taxes that would unfairly harm developing economies”.

SA has the world’s 12th-highest carbon emissions due to its carbon-intensive energy sector, with per capita emissions of 8.18 tonnes compared with a world average of 4.8 tonnes. While we do not bear historical responsibility for climate change caused over centuries by emissions in industrialised nations, we fully appreciate that SA must contribute its fair share towards meeting global climate goals.

As a signatory to the UN Framework Convention on Climate Change, our country submitted an updated nationally determined contribution ahead of COP26, committing to bring forward the peaking of emissions by a decade and presenting a new and significantly more ambitious mitigation target range.

In submitting this revised nationally determined contribution, SA made it clear that as a developing country we will need substantial multilateral support to achieve the lower end of the revised nationally determined contribution range. We have stressed throughout that this ambitious commitment can only be implemented in accordance with our domestic transition plans, and our foremost imperative of reducing poverty, unemployment and inequality.

The political declaration agreed to by SA and its partner countries makes it clear that the pace and extent of decarbonisation in SA will be determined by the scale and nature of financial support available. The offer involves grants as well as the mobilisation of finance through various instruments, including concessional loans on highly favourable terms and at significantly lower interest rates than would be possible on the commercial market. This partnership can result in substantial savings for the SA government and citizens, while enabling new investment that would not otherwise be possible.

This offer is an important first step, and detailed work will now begin to negotiate an agreement that supports our just transition efforts. This is therefore a win-win partnership, providing SA with much-needed funding for green energy and jobs while enabling significant decarbonisation towards the Paris Agreement goals.

It is cause for hope in SA and around the world.

Eskom is charting a path for which SA, and perhaps even other countries in the world, will be grateful
Opinion
2 months ago

Continent needs to ensure it isn’t disadvantaged by the broader adoption of climate-change principles and frameworks while not deviating from the ...
Opinion
2 months ago
Next Article