There have been harsh trade-offs and unintended consequences, with low-income households often suffering most 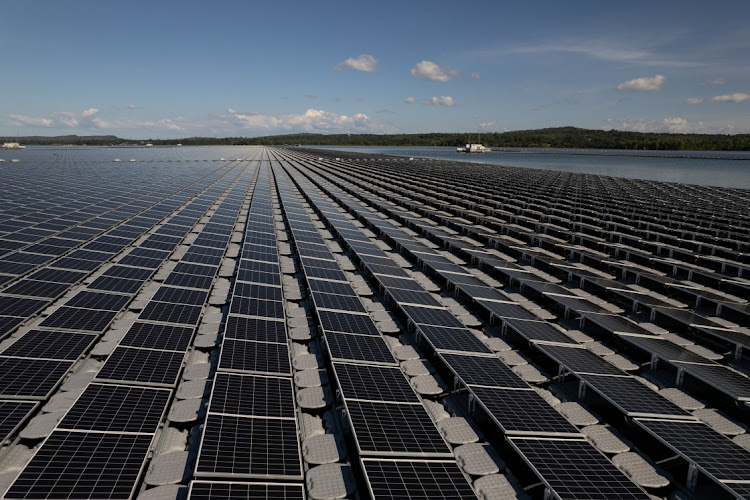 But certain effects in the energy sector this year have showcased harsh trade-offs and unintended consequences.

“Externalities” are costs, unpaid by consumers, which societies incur. Coal, oil and natural gas are big sources of both carbon emissions and reliable energy. The remedy widely touted by economists to counter such externalities is a universal carbon tax, as this would encourage an orderly transition from fossil fuels.

Carbon taxes are economically efficient as they encourage consumers to reduce unnecessary consumption and motivate businesses to develop less environmentally harmful alternatives. However, they are politically unattractive as they disproportionately burden lower-income households. More voters would suffer for a given level of carbon tax revenue, yet this would encourage the greatest number of people to change their behaviour.

It has been politically expedient to suggest most people will follow a low-cost energy transition path. That is, the political path of least resistance has long been to wait for private industry to develop better options. Such wishful thinking has been validated by the increased competitiveness of renewable energy sources such as wind and solar, but it has also slowed the transition.

Since the 2016 Paris accord, national leaders have been making bold, though mostly distant, pledges to combat climate change. Over the past year, ESG funds have suddenly been exerting far greater influence on energy companies.

Such influence has extended the recent spikes in energy prices while worsening supply frictions. Now is a good time to review the fundamentals.

The investment industry has developed an extraordinary capacity to price securities. It is also exceptional at measuring performance. Neither of these core competencies relates to managing values-based trade-offs. Societies organise themselves to manage such contentious trade-offs within political arenas.

Many investment professionals are knowledgeable about economics as it relates to pricing securities. This loosely relates to the political trade-offs which express themselves as economic policy biases.

ESG managers can be accused of usurping political powers in pursuit of greater influence and fee income. On the face of it, the fund managers are guilty as charged. However, when did it become bad to make money by advancing socially desirable objectives? Lurking in the background is the perception that the sudden popularity of ESG investing reflects declining faith in political processes.

A particular difficulty with criticising the industry’s efforts to constrain climate-change risks is that many investment industry leaders have called for governments to agree on a universal carbon tax. This would promote an orderly transition as fund managers are accustomed to seeking maximisation of investment returns given a specified set of constraints. Such constraints would include risk tolerances or, in the case of early ESG-type funds, avoidance of sectors deemed harmful, such as tobacco or gambling.

A global carbon tax agreement would help investors and energy companies more smoothly manage the transition away from fossil fuels but this isn’t happening as so many lower-income households would suffer, thus risking an electoral backlash. Politicians have wanted investors to support innovations leading to low-pain solutions. However, it is not apparent that ESG funds are necessary to achieve this.

Instead, the recent influence of ESG investors has helped provoke the negative outcome that a universal carbon tax would trigger. Energy prices have spiked without the improved policy clarity that such a tax would offer.

The relationship between ESG investors and governments regarding climate change mitigation is complicated but it is more straightforward than other socially desirable goals which ESG funds are expected to advance. The values-based trade-offs are between carbon emissions and the negative impact of higher energy prices on low-income households. The right mix of energy sources is complicated and uncertain but if governments agreed on a carbon tax, ESG funds could sidestep the climate-versus-poverty trade-offs.

In other areas management of the values-based trade-offs is more elusive still. Can ESG funds meaningfully reduce income inequality without doing more harm than good? It must be possible, but how could we be confident that the inevitable harmful effects would be adequately acknowledged? In this regard, SA’s investment community has been well schooled about the underlying dangers.

SA has long been among the most unequal countries in the world. This has been used to justify a redistribution-focused policy framework which has pummelled growth while surging unemployment and poverty grow. Such policies are also central to feeding a widespread patronage network. The effects have included still higher inequality, which is now as significant among black people as between black and white people.

It has recently become clear that our ruling party cannot tame the unyielding patronage network that was greatly expanded under the guise of addressing inequality. Our ESG fund managers do not seem to have solutions either.

Let’s hope this soon changes. But, if it does, it will reflect portfolio managers developing a rare solution expertise which bears little resemblance to the industry’s traditional core expertise, that of pricing securities.

There’s a renewed focus on efforts to limit global warming and ensure a ‘just transition’ away from dirty fossil fuels. It may look like a ...
Features
6 months ago

Tesco’s ethical bond will not help the planet much