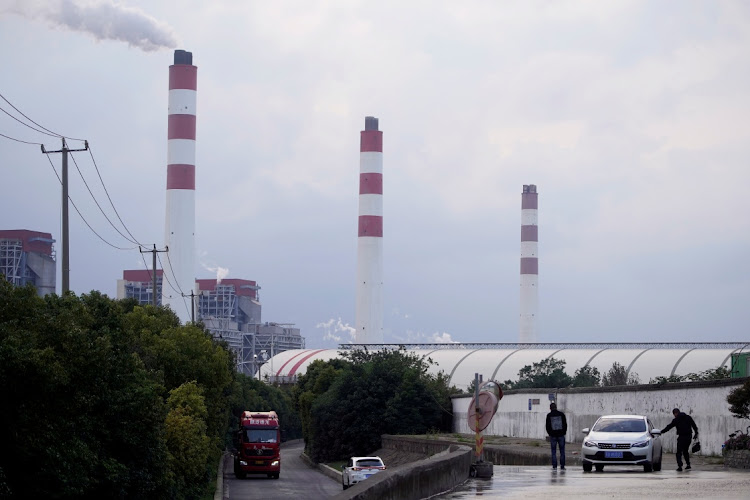 A few days ago Chinese president Xi Jinping delivered a written statement at the world leaders summit during the COP26 UN climate change conference, in which he put forward a three-point suggestion on how to tackle climate change and promote world economic recovery: First, we need to uphold multilateral consensus, second, we need to focus on concrete actions; third, we need to accelerate the green transition.

This demonstrates China’s firm support for multilateralism as well as the full and effective implementation of the UN Framework Convention on Climate Change (UNFCCC) and the Paris Agreement. It also attests to the broad-mindedness and sense of responsibility of China as a major country in promoting the building of a community with a shared future for mankind.

China’s approach to tackling climate change can be boiled down to five Cs: community, consensus, commitment, changeover and clarification:

Nature is the cradle of all living things and the basic condition for the survival and development of mankind. To improve the ecological environment China maintains to take a holistic approach and respect the inherent laws of the ecological system so that natural elements can reinforce each other. Meanwhile, we need to put people first and give full consideration to the world population’s shared aspirations for a better life, a beautiful environment and their responsibilities to future generations. We should work hard to achieve social equity and justice through ecological protection so that people will have a greater sense of happiness, benefit and security.

In the past few years, the global response to climate change has taken many detours. The root cause is the refusal of some developed countries to fulfil their obligations. Time waits for no-one. Only by thinking and working together can mankind respond faster to climate change and turn the vision of a beautiful world into a beautiful reality.

To make the stride from carbon peaking to carbon neutrality the EU plans to complete the task in 71 years, the US in 43 years, and Japan in 37 years, while China has set itself the target of making the accomplishment within only 30 years. This means that as the largest developing country in the world China will have gone from carbon peaking to carbon neutrality within the shortest time span in global history. Going forward, China will accelerate the establishment of the “1+N” policy system for carbon peaking and carbon neutrality, specify the timetable, draw the road map, and do its utmost to help developing countries enhance their capacity to cope with climate change, and continue to add “positive energy” to global climate governance.

The manufacturing of wind power and photovoltaic power generation equipment has formed the world’s most complete industrial chain. China attaches great importance to energy restructuring, energy conservation and efficiency improvement: by the end of 2020 over 800-million kilowatts of installed capacity in coal-fired power units had undergone energy-saving transformation. From 2011 to 2020 China’s energy intensity dropped by 28.7%. China vigorously promotes the green Belt & Road Initiative: this year, China and 28 countries jointly launched the Initiative for Belt & Road Partnership on Green Development, calling for positive interaction between environmental protection and development, and playing a positive leading role in global climate governance.

Third, addressing climate change is not a geopolitical bargaining chip. Co-operation on climate change is not a tool to shift responsibilities. Developed countries have already breached their promise to raise $100bn every year till 2020 for developing countries to solve their urgent need for mitigation and adaptation to climate change. Developed countries are supposed to make up for failure to deliver and fulfil their responsibilities as major countries, rather than set green trade barriers, make green financing trap, and destroy green development rules.

China and Africa have both suffered a lot from climate change, though not due to their fault, and share common principles and positions on climate change. China faces a daunting task of adapting to climate change due to its complex climate conditions and fragile ecological environment. Africa accounts for only 4% of global greenhouse gas emissions, but is hardest hit by climate change.

As Africa’s staunch partner in addressing climate change, China has actively carried out China-Africa green co-operation. China has signed co-operation agreements with a number of African countries on climate change and provided photovoltaic equipment to African countries. China built the De Aar wind power project, the largest one of its kind in SA. We built the Addis Ababa-Djibouti Railway, the first fully electrified cross-border railway line in Africa. We also built nine passages for large animals when constructing the Mombasa-Nairobi Railway, which foreign media believe “even satisfies the giraffe”. These are concrete examples showing that China always regards climate change response as one of the key areas of China-Africa co-operation.

China and Africa are also consolidating co-operation in promoting green development and implementing the green development action launched at the 2018 Forum on China—Africa Co-operation Beijing Summit. China makes extra efforts to avoid transferring high-pollution, high-emission businesses to African countries. We support Africa and other developing countries in developing green and low-carbon energy. China will not build new coal-fired power projects abroad. As the largest developing country, China has initiated the establishment of multilateral consultation mechanisms such as the BASIC Ministerial Meeting on Climate Change and the Ministerial on Climate Action, playing an important role in strengthening the unity of developing countries, including African countries, and safeguarding their common interests.

Climate change is a long way off, but as long as all countries join hands and work together, actions will surely come. As long as global environmental governance moves in the direction of fairness and win-win co-operation, a community of life for man and nature will have a bright future.

• The author is Chinese ambassador to SA.

Absence of large countries such as China, Japan and Germany weakens the COP26 pledge
World
2 months ago

WATCH: How Africa can use COP26 to put the continent on the climate change agenda