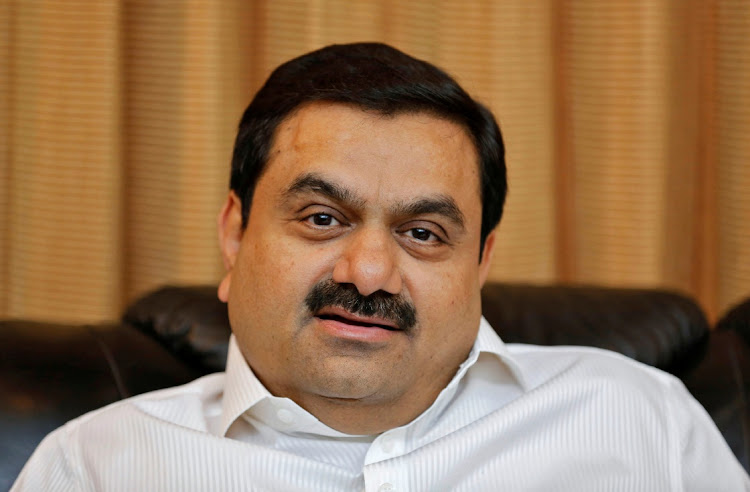 Don’t expect a gabfest in Glasgow to save the planet when the scene of real action is 6,500km east.

The UN Climate Change Conference in the Scottish city is being billed as our last best chance to keep global warming to below 1.5°C above pre-Industrial Revolution levels. But that is already unrealistic. With temperatures 1.1°C higher than in the second half of the 19th century and greenhouse gas emissions still rising, the ambitious goal adopted by 196 countries in Paris six years ago is a near-certain miss.

That will no doubt lead to a new round of finger-pointing between rich and poor nations about how each side is being unreasonable and unfair. For a clue to how this depressing stalemate will be resolved, cast your gaze to Gujarat on India’s northwestern coast, where there is no sense of defeat, or even righteous indignation about being forced to go on a low-emission diet by those who were early to industrialise.

Instead, two of the world’s richest businessmen are furiously writing billion-dollar cheques in their race to shape our climate future. Mukesh Ambani and Gautam Adani owe their fortunes to carbon, and yet it is in hydrogen — the simplest known element — where a complex contest between them could open a pathway to decarbonised economic growth.

India’s official position just before the conference was that net zero emissions by 2050 is an unjust demand. Yet, the optimism of the tycoons from Gujarat offered a way out of the impasse.

Betting on one or both to succeed, Prime Minister Narendra Modi surprised delegates at the COP26 summit by promising that the world’s third-biggest emitter will reach net-zero by 2070, though real work for his team will start only after returning from Glasgow. That is when Ambani, 64, and Adani, 59, will want supportive policies.

Ambani owes his top spot on Asia’s rich list to Gujarat’s Jamnagar, host to the world’s largest oil-refining complex. It spews out spare cash to invest in retail and the internet.

Pivoting away from fossil fuels, Ambani is setting up four new factories in the district, one each for solar panels, batteries, green hydrogen and fuel cells. His flagship Reliance Industries has so far spent $1.2bn on acquisitions and partnerships, and already Bernstein analysts believe the new enterprise to be worth $36bn, compared with $30bn for the decades-old refining business.

Before Ambani entered the green-energy race in June, Adani was winning it. For years, the Adani Group mined coal, produced coal-fired power at large plants like Mundra in Gujarat and berthed coal vessels at his vast network of ports.

When Adani made news on an environmental issue, it was usually for the wrong reason. But in the past three years, the second-richest Asian has swiftly assembled a 20GW solar, wind and hybrid electricity portfolio. Adani Green Energy shares have risen 13-fold in the past 24 months, feeding the magnate’s ambition to be the world’s largest renewable energy producer by 2030.

That will not be easy now. Ambani is moving quickly to capture 100GW of solar manufacturing, or a third of India’s market, by the end of the decade. Reliance has bought Norwegian solar panel maker REC Solar for $771m. The deal, according to brokerage Jefferies, comes with 446 patents and a technology that consumes 75% less power than Chinese rivals.

Add that to the purchase of 40% of Sterling & Wilson Solar, a contractor with 3,000 engineering teams putting up renewable-energy farms globally, and you know that Ambani is going to make REC’s panels in Jamnagar and install them wherever the sun shines bright.

But sunshine will not power large swathes of the Indian industrial hinterland. An all-weather, all-purpose alternative to fossil fuel may need to exploit the most abundant atom in the universe — not by extracting hydrogen from methane or coal, but by using some form of renewable energy, like solar or wind, to break down water molecules. That is where the two titans will clash next.

With blockbuster commitments, both billionaires are promising to tap into India’s renewed interest in hydrogen, articulated in August under a vague national hydrogen mission. Each businessman, however, only controls certain pieces of the puzzle.

Ambani, a huge generator of grey hydrogen — the dirty, cheaper type produced by refineries to power their own operations and often used by other industrial firms — wants to go green. He is seeking partners to bring viable technology to India. It is an expensive undertaking. Green hydrogen is priced between $4 and $6 per kilogram. The cost of production mainly includes capital expenditure on electrolysers — industrial-scale facilities to break down water or other electrolytes into hydrogen molecules — and electricity, which makes up 30% to 65%. All told, green hydrogen is between two to seven times more expensive than the carbon-intensive grey kind.

For hydrogen to become a real option, affordability is key. Luckily, India is a testing ground for making everything cheaper. World-beating pricing lies at the heart of the smartphone data empire Ambani has built up from scratch in six years. The country could make green hydrogen cost competitive with grey by the end of this decade, one of the fastest timelines globally, according to a BloombergNEF analysis.

In a speech in September, Ambani talked up a “new green revolution”, saying he was sure India could produce hydrogen at “under $1 per 1kg within a decade.” He called it the 1-1-1 target.

Ambani’s efforts towards building electrolysers will serve the Reliance empire internally. But to run those electrolysers and make the hydrogen path green, he will need renewable energy. Power supply is where rival Adani is stronger. As one of the world’s largest solar power players, he will have plenty of green electricity. And when it is time to move hydrogen, Adani’s dominance over transportation could come into play. Late last year, the Adani Group set up a collaboration with Snam, Italy’s natural-gas distribution network.

Adani, too, has talked of green hydrogen as a game-changer and wants to build electrolysers. Any plans to capture the entire hydrogen supply chain though would be misguided. Producing the gas, processing, storing and distributing it, and then putting it to use, requires varied expertise. It also needs special handling given its flammability. Rather than trying to do it all — as Adani and Ambani have said they want to — it would be more productive to focus on distinct parts of the value chain, where each billionaire has an advantage.

After Ambani’s $10bn foray into renewables in June, Adani upped the ante, saying he will invest twice as much. But as India’s experience with solar shows, producing electricity cheaply is not enough. Even with a strong policy push by the federal government, it is a struggle to make near-bankrupt state distribution utilities honour their long-term power purchase agreements or pay on time.

What is needed is a hydrogen policy that capitalises on the two tycoons’ eagerness to invest, but prepares the ground for an open network with strong competition that whets demand. Still, it is unlikely that the two Gujarati entrepreneurs who have so far avoided going head to head will be keen to co-ordinate by putting their pieces of the jigsaw together.

For all its potential uses and cost advantages, how Ambani and Adani duke it out on hydrogen will decide if a relatively poor, populous country can contribute to saving the planet — without surrendering its shot at better living standards. Just the question that Glasgow, like the other 25 climate summits before it, will probably fail to answer.

Ramaphosa might have clinched a deal for Eskom at COP26, but he had more important business at home
Opinion
7 months ago