All investors, including the state and senior creditors, must bail out the stricken lender, even if it proves unpopular 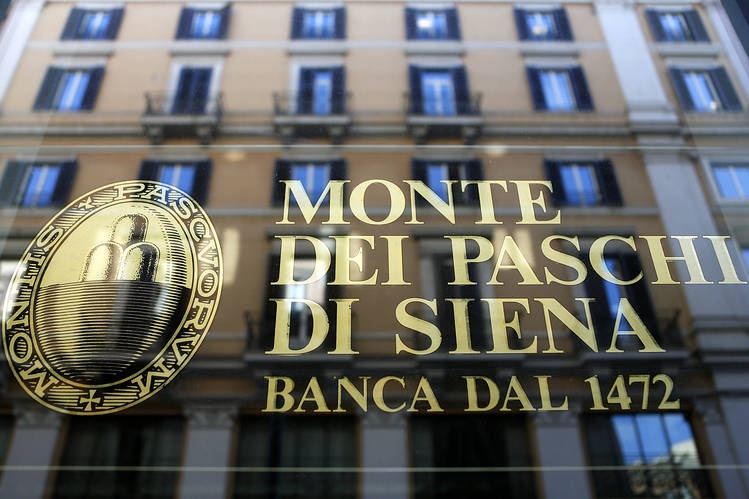 Ten years of extend and pretend over the Monte Paschi crisis are coming home to roost. Talks for a sale of the troubled 500-year-old lender — nationalised in 2017 — collapsed on October 24. That’s when the Italian state apparently balked at the some €7bn capital injection that Milan-based UniCredit demanded to take on the troubled institution. The 500-year old bank — formally known as Banca Monte dei Paschi di Siena — has become a Gordian knot for Italy. From now on, only bold action will suffice.

A week on and recrimination is flying in the financial soap opera. UniCredit CEO Andrea Orcel — who had arrived at his new job in July with the reputation of a rainmaker — has proven not to be the dealmaker Italy’s banking elite had hoped for. It raised some eyebrows in Rome that Orcel was out of the country during talks with the finance ministry. Instead, he was sitting in a Madrid court listening to arguments in his lawsuit against Banco Santander for withdrawing an offer to make him its CEO.

For its part, Italy’s government seemed to understand only late in the day that Orcel was serious when he pledged to UniCredit investors not to take Monte Paschi if it had an effect on their bank’s own balance sheet. In the end, the state’s estimate of a €3bn capital injection was nowhere close to UniCredit’s €7bn-plus.

Since 2008 and the global financial meltdown, Monte Paschi has seen former managers go to jail as it became a political hot potato and burnt through €18bn euros of investor and Italian taxpayer funds, according to Bloomberg data. With the high hopes that UniCredit would take on the Paschi problem dissolved, the Italian government now has that estimated €3bn budget hole to fill. In addition, Prime Minister Mario Draghi has to convince Brussels to give him more time to clean up the bank and get it sold.

However, the failure of the deal stems neither from Draghi nor Orcel but from the rotten historical precedent on which the negotiations were premised. In 2017, before the Italian government took over Monte Paschi, it had put two other troubled regional lenders, Veneto Bank and Banca Popolare di Vicenza, into liquidation, selling the good assets to a rival bank for a symbolic price. The toxic assets were transferred to a bad bank, mostly funded by the government.

Shareholders and junior bondholders contributed to the rescue, while senior creditors would be spared. Crucially, the rival bank, Intesa Sanpaolo, got a great deal for little risk: it got to pick the assets it wanted and insisted that the operation not impact its capital ratio.

Slap in the face

The plan was a slap in the face of Italian taxpayers, who according to some estimates, ended up paying about €10bn for it. Most importantly, it was a dagger in the heart of the eurozone banking union. This was one of Europe’s main responses to the sovereign debt crisis, designed to limit the contribution of taxpayers to bank rescues and to ensure all eurozone lenders faced a coherent set of rules. The wisdom of that deal hasn’t improved with age.

The most obvious way to correct the market perception is to get everyone — all investors including the state and senior creditors — to bail out Monte Paschi’s equity and debt. It’s not going to be popular, but Italy has a stronger government and, more importantly, stronger economic growth than it had in 2017. Four years ago, bailing out any bank would have had a negative impact on Italy’s already weak reputation as a place to invest. That’s no longer a problem with the country’s economy estimated to grow 6% this year. Meanwhile, Draghi has exerted strong leadership and managed to get €200bn euros in pandemic funds earmarked for Italy.

Once Monte Paschi’s capital is topped up again, the state will probably find a buyer for some of its assets. Interestingly, on a conference call last week, Orcel said he was still open to M&A. Corrado Passera, an ex-CEO of Intesa Sanpaolo and former minister of economic development, has also suggested that more potential acquirers could be interested in a cleaned-up Monte Paschi.

The broader point is whether this salutary tale also tells us something about Italy. Reform will be difficult, not least because of the extent of the rot beneath the surface after two decades of economic decline. Even so, that’s where real change has to take place to transform the country, and as a consequence, Europe.

Dublin-based group, which is considering delisting from the London Stock Exchange, expects to post a full-year loss
Companies
9 months ago

Framework includes $555bn in spending for climate initiatives, but leaves Trump’s tax breaks in place and it does not include paid family leave
World
9 months ago
Next Article