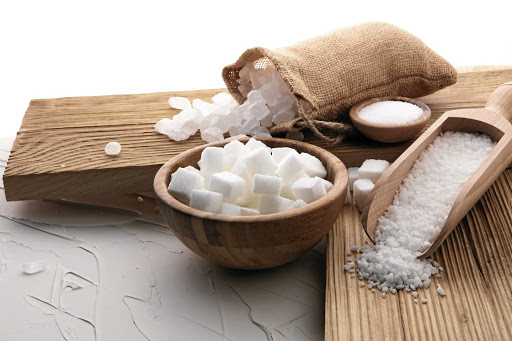 In his article, Nzama Mbalati of the Healthy Living Alliance (Heala) expresses sympathy for the plight of cane growers affected by the sugar tax (“Sugar tax is working as planned and should be increased”, October 10).

Yet this sympathy is cold comfort when Mbalati’s entire article is devoted to dismissing the real and devastating consequences of the tax for the industry and the 1-million livelihoods that depend on it.

Heala alleges that studies such as the “Economic Impact of the Health Promotion Levy on the Sugar Market Industry”, commissioned by the National Economic Development & Labour Council (Nedlac), ignored other challenges facing the industry that could also have resulted in job losses.

However, if one simply reads the methodology section of the report it is clear that the model used in the study was able to isolate the impact of the health promotion levy on the industry and found that it directly resulted in 16,621 job losses and more than R2bn in contribution to GDP.

Commodities are cyclical and prices are often volatile. That is par for the course. What differentiated the cycle after the drought from other tough cycles was the addition of the sugar tax to an already tough environment, sabotaging the budding recovery.

However, when SA Canegrowers points these facts out to government and the public Mbalati criticises the industry, accusing it of “using the global and local economic downturn and unemployment levels to support a self-serving and false narrative on the health promotion levy and job losses”.

If it is self-serving to speak up for the industry’s 20,200 farmers, of whom 18,770 are small-scale growers, and the 65,000 direct jobs that have mercifully survived the sugar tax thus far then so be it.

SA Canegrowers exists to help farmers grow their businesses, retain their staff (and hopefully employ more), and feed their families. We will continue to fulfil this mandate by tackling all policy decisions that harm the industry.

What is opportunistic is using a devastating global pandemic to push for an increase in the sugar tax without thinking about its effect on SA’s hard-working farmers and workers in a country with a long unemployment crisis.

Heala contends that SA simply cannot afford to “rely on sugar consumption at the expense of our current and future health and productivity”, but it is not a zero-sum game. Health and jobs need not be viewed in opposition to one another. The phrase “lives and livelihoods” repeated throughout the pandemic speaks to the balance the government has to strike in its policy-making.

No-one knows better than rural workers and communities how essential this balance is. In areas where opportunities are scarce, inability to buy food for lack of money is a financial and a health threat, and we should treat it with the seriousness it deserves. This means considering other approaches the government can take to the health issues it seeks to address.

We believe government should scrap the tax while it finalises a study on the effectiveness of the sugar tax on SA’s health outcomes over the past three years. If Heala is so convinced that the tax has had the desired effect, it has nothing to fear from such an approach.

In another critique, Heala contends that the industry should transform and build “more diversified revenue streams for sugar producers, including capitalising on global demand for biofuels”. SA Canegrowers, with the broader industry, is already doing extensive work in this regard.

Diversification of crops and the value chain is a key component of the Sugar Industry Value Chain Masterplan. SA Canegrowers has been a leading advocate for the industry’s diversification into sustainable aviation fuels. In May, SA Canegrowers released the findings of a viability study conducted in partnership with the Roundtable on Sustainable Biofuels showing that SA’s cane growers could produce more than 433-million litres of aviation fuels in a year. And just last week SA Canegrowers also released the findings of a successful cotton diversification pilot project in Mpumalanga.

The effort to diversify the industry is therefore well under way. But this work will take time. Biofuels in particular will require not only huge capital investment but also regulatory changes, a notoriously protracted undertaking.

Heala also cites recent studies that show the consumption of sugary drinks has dropped in some parts of the country, which it argues proves that the sugar tax has worked. However, in May the SA National Health & Nutrition Examination Survey revealed that more than half of South Africans gained weight over the past year, largely due to the socioeconomic impact of the prolonged Covid-19 lockdown.

This implies that South Africans are getting more obese despite consuming fewer soft drinks, which supports SA Canegrowers’ call for a comprehensive dietary intake study among South Africans to determine the main causes of rising obesity levels. Evidence-based policies can then be formulated in response to these findings.

Scapegoating the sugar industry is a knee-jerk impulse that will get SA no closer to healthy, active lifestyles characterised by balance and moderation. It only serves to drive farmers out of business and impoverish rural communities, which is something our country’s struggling economy can ill afford. That is why SA Canegrowers will continue to request that government scrap the sugar tax and safeguard the 1-million livelihoods it supports.