Whistle-blower who led to $2.5bn in fines for Deutsche Bank is paid $200m 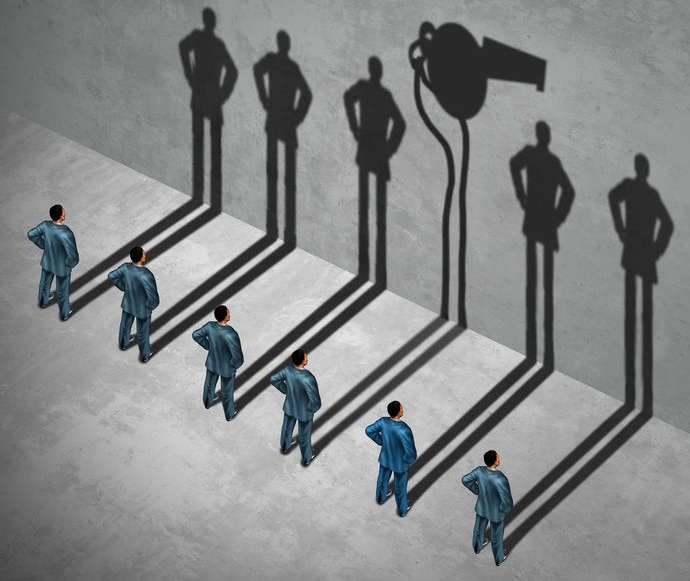 Good incentives for blowing the whistle on bad behaviour are great. But $200m is a hell of a big prize.

That’s the amount awarded to a single source of critical information that led to nearly $2.5bn in fines for Deutsche Bank in 2015 for manipulating the discredited and soon-to-be-defunct Libor interest rate, according to reports. The Commodity Futures Trading Commission announced the award last week. It is a record payment to a whistle-blower.

Is it too much? A joke on Twitter last week was: Right, I’m going to find the dirtiest firm possible to work for, then snitch to the Feds!

The $200m is just a mind-bending amount of money. Good incentives are important and you need some way of calculating them, so the question is where, or if, we draw a line.

There have been several large payouts since 2010, when the reward programme was created in the Dodd-Frank Act. In September, the US Securities and Exchange Commission paid someone $110m. Last year, it made its highest award of $114m . There have been eight other awards worth more the $30m, including three of $50m each. The remuneration is decided on a simple rule: The amount should be between 10% and 30% of the total penalties paid to federal regulators and foreign agencies, if overseas authorities also relied on the same evidence.

Dawn Stump, one of the CFTC’s own commissioners, published a long argument saying she disagreed with the Deutsche Bank award in part because it wasn’t certain that the foreign regulator involved had actually relied on this whistle-blower’s evidence. If the CFTC had agreed with her, the award in this case would still have been enormous. Just 10% of the fines imposed only by the CFTC and New York Department of Financial Services would still have meant $140m for the whistle-blower.

This year, the SEC celebrated having paid more than $1bn in total awards — that’s a lot of bad behaviour!  But it’s also a lot of justice served. Other countries, like the UK or Germany, have their fair share of financial scandal but are often criticised for failing to nail those responsible. They also have weaker whistle-blower protection, impose smaller penalties on firms and don’t pay rewards.

But could such golden tickets make snitching seem like an opportunity rather than a last resort? Eugene Soltes, professor of business administration at Harvard Business School, says companies and people often make mistakes. Misconduct can take place anywhere and companies with strong integrity and compliance programmes will respond appropriately. It is only when these are too weak or fail to respond that the financial cops should be called. Plus if regulators end up drowning in hopeful claims, that might make it harder to identify and pursue true crime.

Advocates of the reward programme say such debates are a red herring. It is only very large fines that allow fractional payments to be so big. Also, whistle-blowers rarely if ever have an easy time of it — whether they are driven by righteous indignation or resentment and vengeance. Confidentiality at the official level may not hold within their industry and they may struggle to find work anywhere in their chosen field again. It may take years of stress and doubt before cases are adjudicated and any rewards decided.

Super-sized awards are undoubtedly life-changing for many back-office and compliance workers, who often bring to light the evidence that stops terrible corporate behaviour. But there’s also a limited amount of money in the rewards pot. It’s replenished with the fines collected from corporate malpractice, but only to a certain level, the rest going to the Treasury. The SEC has considered making the awards more discretionary or limiting the largest to $30m to preserve funds. But the 10%-30% rule has remained in place.

Still, would a maximum award of $30m be incentive enough for someone who is on track to become a senior executive in finance, an individual who would expect to earn millions each year over a decade or more? It is a lot of money —  but maybe not enough for that kind of person to risk everything when it might be simpler just to change firms and find one with a more ethical culture. But then, people who are senior and already big earners ought to be invested in how their firm reacts to wrongdoing in the right way.

Some would argue that the Deutsche Bank award is still the exception and not the rule. It’s true that many more informers get much smaller amounts, just as many diligent hedge fund managers don’t become billionaires and most lottery tickets don’t mint plutocrats. But $200m is a crazy amount of money for essentially just doing the right thing. Heck, $50m would be a lot. It’s complicated, but a cap of some kind seems like a good idea.

SA must do more to keep whistleblowers safe, says Ramaphosa after Babita ...

SA must do more to keep whistleblowers safe, says Ramaphosa after Babita ...