However, they are nowhere near the kind of solutions that Facebook whistle-blower Frances Haugen has proposed to Congressional legislators 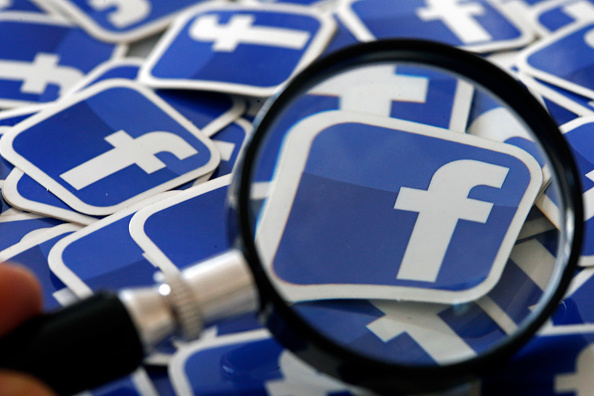 It’s easy to sneer at the 20-member oversight board that makes rulings about controversial content on Facebook. It is funded by Facebook via a trust and its budget is big, $130m over six years. So its paid members are not that independent. Its recommendations also aren’t binding, so they’re not really a “board” in the corporate sense. And they’ve mostly focused on making boring, incremental changes at the edges of Facebook’s content problems, not on the core algorithms that precipitate outrage and conspiracy theories.

Yet Facebook’s OB, as it’s known in the company, is doing what many regulators, legislators and litigators can’t: it is making changes now.

The OB released its first report on October 21. Since the board started taking cases and making recommendations earlier this year, Facebook has agreed to, among other things:

These are not major changes to Facebook’s algorithms. It is nowhere near the kind of solutions that Facebook whistle-blower Frances Haugen proposed to Congressional legislators on October 5. Those included tweaking US free speech laws so they don’t protect social media companies as much as they do. The panel’s changes are piddling compared to what the EU is planning with its Digital Services Act, which could force Facebook to change its all-important recommendation algorithms, and share more data with regulators and researchers.

But those bigger fixes are still months, and more likely years, away. For instance, there is disagreement among legislators and even between tech companies on how to reform the US’s free speech laws. And Europe’s reforms still need to be ratified and voted on by EU member states, who are being lobbied hard by Facebook.

While legislators and regulators are gearing up to swing at Facebook with a big hammer, its small advisory panel — made up of lawyers, academics and a former prime minister of Denmark — is already quietly chipping away at the edges. And it’s doing so regularly, every quarter.

Here’s how it works:

The panel makes rulings on posts that Facebook has taken down or left up. In the past year, Facebook users have submitted 524,000 appeals to the board, mostly over posts deemed hate speech or bullying. For instance, in January the board overturned Facebook's decision to remove a user’s post in Myanmar about Muslims; and, in April, it upheld Facebook's removal of a Dutch video of people in blackface. Since January, it has reviewed about 20 cases and these decisions were binding.

“We’re trying to have a broad effect from each case we select,” co-chair and Columbia Law professor Jamal Greene said when we spoke on October 21. Critically, the board then makes recommendations for how Facebook can do better. For instance, when it upheld Facebook’s decision to suspend Donald Trump, it also recommended that Facebook publish its secret criteria for policing politicians and other VIPs. All told, Facebook has said it will follow 31 of the panel’s 52 recommendations and “assess the feasibility” of another 14.

The panel then also checks that Facebook really is following its advice. The board demanded Thursday that Facebook be more transparent. Several of its panellists are also now holding regular meetings with a team of about half-a-dozen Facebook employees whose full-time job is to explore how the board’s recommendations can be imposed at the company. Those employees report to Brent Harris, Facebook’s director of governance and global affairs, and they talk to policy and engineering staff across Facebook to check what’s possible. That work determines how much effect the oversight board can have. The board will report in March or April on how much, or how little, Facebook has been following its advice.

What if very little happens? Greene says the panel can invoke “the power of publicity.” It can call out Facebook’s failings in future reports and hope that public embarrassment forces the company towards healthier practices.

I know what you’re thinking. Facebook has neglected to fix bad practices even after getting egg on its face. The Cambridge Analytical scandal of 2018 hardly stopped it from collecting people’s data and keeping them hooked on a site that lets misinformation go viral. And CEO Mark Zuckerberg has a tendency to ignore scandals, for instance by talking up his metaverse plans.

The board also hasn’t attracted much public feedback outside of its handling of Donald Trump’s suspension, which was all very interesting, but less important than how Facebook handles hate speech generally. (Of the 9,746 public comments the board received to date, 9,666 related to Trump.)

Yet it is telling that Haugen, the whistle-blower, is keen to talk to the oversight board. That may be because she believes the panel has built up some momentum with its recommendations.

Haugen will speak to the board in the coming weeks over a video call. In addition, says Greene, “We’ll continue to meet former [Facebook] employees and other people in the tech world. There’s a very wide range of voices we’re hoping to hear from.”

Now the board should start suggesting substantial changes. Green says the panel has “no limitations” on the recommendations it might make. He’s open, for instance, to pushing Facebook to hire more content moderators, a promising short-term fix that would cost much more to implement than the panel’s previous suggestions.  “When we make recommendations to Facebook, we’re not focused on what it will cost Facebook,” he says. “That’s Facebook’s job.”

Former US president Donald Trump's deal to create a social media app after Twitter and Facebook barred him won an exuberant endorsement from ...
Business
8 months ago

From Zuckerverse to Bookface, the suggestions ranged from the sublime to the ridiculous
Companies
8 months ago

Facebook is working on an immersive, interactive and ubiquitous computer-generated environment
Opinion
8 months ago
Next Article