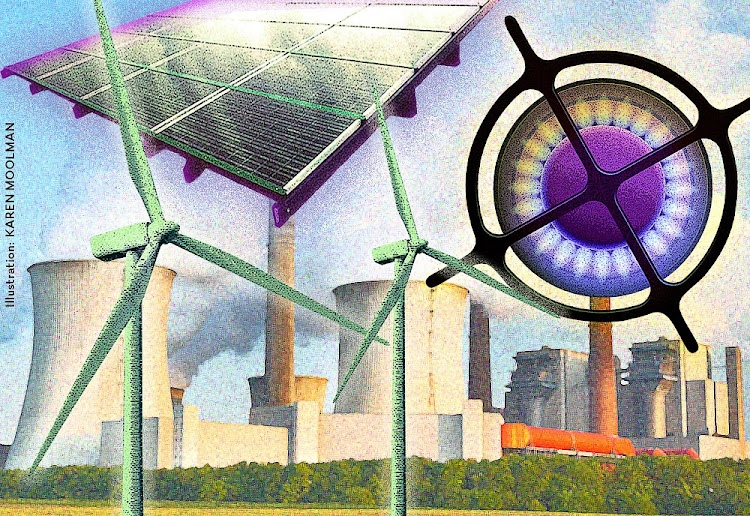 As the march to Glasgow’s COP26 gains in step, as fluctuations in temperatures throughout the globe wreak havoc, as every nation’s demand for energy to drive economic growth and development in the wake of the Covid-19 pandemic picks up momentum, shouts for a just energy transition are even louder.

Some of the noise is necessary, yet other parts distract our focus on the real engagement and sustained action required. Climate change and its environmental effects on our planet and livelihoods are a reality. Every nation, irrespective of its standing or geographical location, is affected. The poor and developing nations bear the brunt, though not being the main culprits.

SA, in a global society of nations, is a developing country with an abundance of natural resources for good and bad, depending on their use. Therefore, the burden is to use its assets to contribute to the realisation of what its first democratic president said: “For each the body, the mind and the soul have been freed to fulfil themselves.”

Also, it must contribute to the planet in a meaningful and sustainable manner, working with others.

The 1998 energy White Paper advocates energy investments to pay attention to the environmental affect. Also, that energy sources should be diversified. The ANC’s resolution on energy noted SA's inefficient use of coal, a big source of pollution, and the inadequate usage of the country’s abundant solar and wind resources. It resolved to “support the introduction of cleaner technologies for burning coal, as well as alternative energy sources”. This policy framework guides the governing party, and by implication, its deployees in the government.

The government has given effect to the policy. First, through the government’s guarantee — slightly shy of R30bn, to kick-start investment in renewables. Then president Jacob Zuma, had first made the announcement at the Copenhagen summit in 2009. Broad consensus on phasing out coal, exploring clean coal technologies, along with greater investment in renewable energy technologies is contained in the Integrated Resource Plan (IRP) 2019.

Government legislation, including taxation, to manage and penalise companies for carbon emissions exists. SA hosted COP17 and is a signatory to the Paris Agreement. Our government, together with other developing countries, has argued for concrete and substantial financial and technological aid for developing countries to meet their people’s development needs, and lower their carbon footprint.

The department of mineral resources & energy in addition to a gradual phasing out of coal, has continued to increase investment in renewables. It is also pushing ahead on gas industrialisation and plans for modular nuclear power.

In the Integrated Resource Plan (IRP) 2019, approved by the cabinet in 2019 under this administration, coal has the lowest allocation compared to renewables. The trend, and commitment, was consolidated in the minister’s budget vote in 2021, which states: 2,600MW RFP was issued for Bid Window 5 for wind and solar. Additional capacity in renewables would be announced between August 2021 and January 2022, that is, 4,200MW renewable energy, 513MW storage, 3,000MW gas, and 1,500MW coal.

This will add to existing renewable capacity. Greencap suggests that over 6.4GW of renewable energy has been procured through the department's’s REIPP-PP (Renewable Energy Independent Power Producer Procurement Programme), of which 4GW is already connected to the grid. The amendment of Schedule 2 Regulations now ensures 100MW of embedded generation for anyone with the capacity.

This is a sensible approach. It is testimony to the Nobel prize winner and world-renowned economist Paul Krugman, and The Economist, respectively. Krugman enunciates that you cannot shift to renewables having not built a sufficient base, which is the case at present. Maintaining a baseload is critical for energy supply and demand. As evidenced since May 2021 in Europe’s energy crisis, even countries such as Britain resorted to their coal-fired power stations because renewables lacked the capacity to meet the energy needs.

Transition fossil fuels are a critical factor for SA — and Africa, I must add. Hence the importance of gas. SA is bolstered by the huge natural gas finds, through a big international investment by Total Energies, in the Southern Cape waters in the Outeniqua basin. President Cyril Ramaphosa called this a game-changer in our economy. Other developments, on shale gas in the Karoo, and helium in the Free State, add further impetus to our nation’s potential. Gas remains a big part of the energy mix in Europe, hence its place in the geopolitical debates since its big source of origin is Russia.

For SA, dismantling the gas monopoly is critical for the transition, for facilitating participation of the majority and for competition. It should happen earnestly, with haste, to ease pressure on the grid, and to enable households to use gas for heating and cooking.

Let us also remind ourselves that the euphoria about climate envoys in SA should be tempered with realism. At the June 2021 G7 summit supposed to agree on climate change, the US did not jettison their coal. The summit agreement was then papered over.

Arguing national interest, the Conservative government made two critical decisions on aid, which have been endorsed by the UK parliament. First, they cut foreign aid to 0.5% of gross national income, which is lower than the 0.7% target in official development assistance set in the UN Resolution of 1970. Second, foreign aid has been directed to other departments and, importantly, towards the development of the UK private sector, with the aim of doing business with developing countries and getting cheap products from them for UK markets.

Gyude Moore, of the Centre for Global Development, reminds us to be wary of trusting Western countries to provide financial support for climate change, when they did not show good faith on vaccines. Even Ramaphosa called it vaccine apartheid.

SA must move with speed, yet intelligently, guided by national interest, strong policy, and the desire to meaningfully contribute to the global effort to reduce carbon emissions.

Energy security to drive economic recovery, a growth path and development is essential for our developing country. This is more urgent in the context of the Covid-19 pandemic. Therefore, we will do well to take note of what The Economist suggests, that, “without rapid reforms there will be more energy crises and, perhaps, a popular revolt against climate policies”.

• Lekorotsoana is chief of staff in the ministry of mineral resources and energy. He writes in his personal capacity.

Gwede Mantashe can talk about new coal plants as much as he likes, but the reality is that such projects are unlikely to find funders
Opinion
8 months ago

The price of the fuel, which provides more than half the country’s energy, has more than doubled in seven weeks
World
8 months ago

Wind power’s ascendency in Britain could change if the grid is subject to greater demand with the huge rise in the number of electric vehicles on the ...
Opinion
8 months ago

Green investments can be an important part of recovery packages, lead to job creation and help address climate change, a US report shows.
World
8 months ago
Next Article