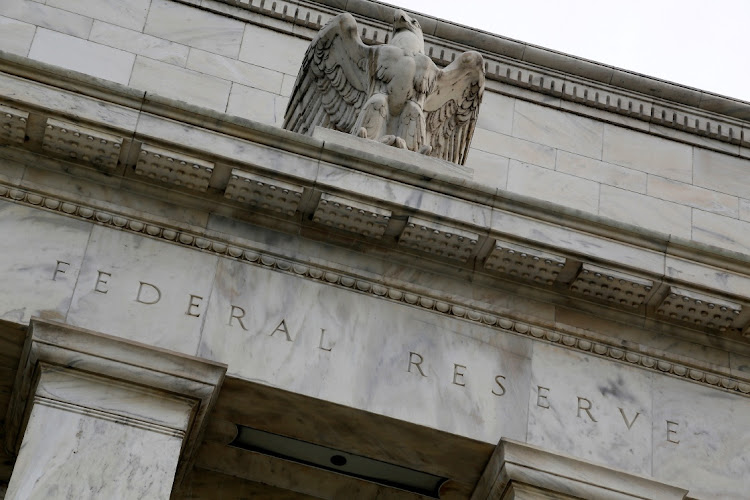 The US Federal Reserve’s (Fed) army of more than 400 PhD economists has a message on inflation for policymakers and the US public: chill.

While some officials are publicly anxious about rising prices and Wall Street has ramped up its forecasts, the Fed’s staff in Washington predicts inflation will be back under 2% in 2022, according to minutes of September’s Federal Open Market Committee (FOMC) meeting released on October 13.

As well as being below the FOMC’s long-term 2% target, it is less than half the 4.3% pace that the Fed’s preferred measure of price pressures recorded in the year to end-August.

“You should take it very seriously,” said Claudia Sahm, a former Fed economist and senior fellow at the Jain Family Institute. “It doesn’t mean it’s right, but you have the top forecasters in the world” preparing the numbers. “Looking over time, there is no forecasting shop that can come even close to the board’s analysis of the near-term economy.”

Chair Jerome Powell and his colleagues expect elevated inflation to abate next year. But officials say there is a high degree of uncertainty about the outlook and risks on price pressures are to the upside.

Hindsight provides a reminder of how hard it is to predict the economy.

Staff forecasts a year ago anticipated inflation would pick up from levels at that time around 1.3%, according to minutes of the FOMC’s September 2020 meeting, but not the leap that in fact happened. Policymakers themselves projected inflation of just 1.7% for 2021 and Powell was mainly asked during his postmeeting press conference about the risks of continuing to undershoot the Fed’s 2% goal. He voiced confidence that inflation would rise.

Even so, Fed staff forecasts have regularly bettered Wall Street consensus forecasts, according to St Louis Fed economist Michael Owyang, who with co-authors documented a significant advantage in 2019, as well as other researchers.

“The Fed’s staff forecasts for inflation have been historically more accurate than consensus forecasts,” the economist said in a Thursday interview.

While the staff’s detailed forecasts contained in the Tealbook distributed to the FOMC will not be released for another five years, the staff view was that the surge would be “transitory”.

“The boost to consumer prices caused by supply issues was expected to partly reverse and import prices were expected to decelerate sharply,” the minutes said. “PCE [personal consumption expenditures] price inflation was therefore expected to step down to a little below 2% in 2022.” The staff did add that risks on inflation are to the upside.

A less-than-2% inflation forecast compares to the FOMC participants who are expecting 2.2% inflation in 2022, or 2.3% excluding food and energy, according to their median estimate. Economic forecasts surveyed by Bloomberg News are looking for 2.9% inflation in 2022.

By contrast to the staff, St Louis Fed president James Bullard said on Thursday that there is a 50% chance that high inflation will persist, and said it could even go higher next year. Atlanta Fed president Raphael Bostic said he has banned the use of the word “transitory”, depositing a dollar bill in a glass jar each time it is used, because inflation has not proved to be as temporary as expected.

Fed officials broadly agreed last month they should start reducing emergency pandemic support for the economy in mid-November or mid-December amid increasing concern over inflation, according to the minutes.

Research co-authored by Christina Romer, a former chair of the Council of Economic Advisers in the Obama administration, also found that Fed staff forecasts were more accurate than forecasts from FOMC participants or private sector economists.

Anyone making predictions would do well to discard the committee forecasts in favour of the staff, and “should put little or negative weight on the commercial forecasts”, she and co-author David Romer wrote in 2008.

A study published by the European Central Bank in 2014 agreed, finding that Fed staff forecasts are more accurate than private forecasts.

While the Fed does not identify who is behind its forecasts, the staff have not shied away from making out-of-consensus calls. In a September discussion paper, Jeremy Rudd argued that the view that inflation expectations are a critical tool in assessing the inflation outlook — widely accepted by Fed policymakers — is wrong.

The size of the workforce gives the Fed a key edge in making bold conclusions, says Sahm.

“We are dealing with the subatomic particles of data that are out there,” she said. “We sift through the incoming data in a way that no Wall Street shop can do because they don’t have enough people.”

A decorated soldier, Powell died due to complications from Covid-19 while being treated at Walter Reed National Medical Center, his family said
World
1 month ago

Scores near the end of forbearance plans to halt loan payments, presenting a test for service firms
World
1 month ago
Next Article