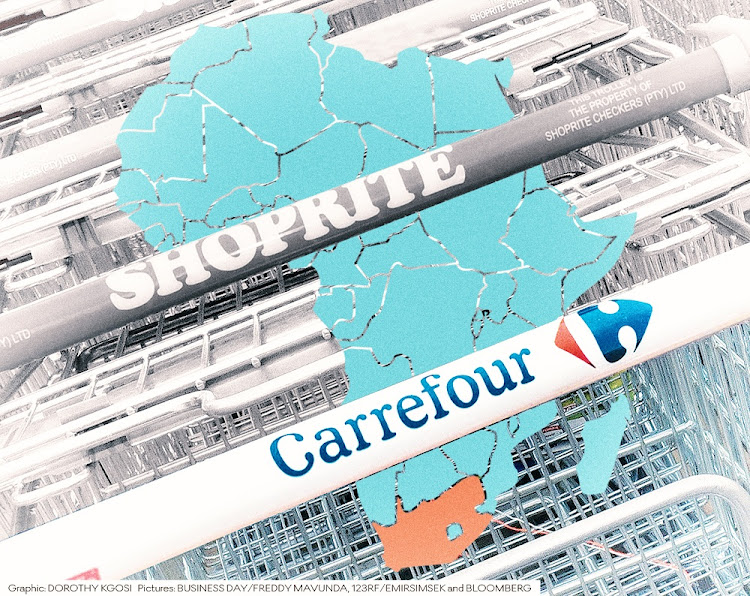 There has been a flurry of activity by SA companies on the continent recently — from Vodacom’s successful bid as minority partner for the Ethiopian telecommunications licence to the memorandum of co-operation between SAA and Kenyan Airways (KQ) that is intended to sow the seed for a pan-African airline.

SA companies have made great inroads into Africa over the last about two decades and seem to dominate the African business space.  According to a 2018 report by the Boston Consulting Group, SA companies make up 32 out of the 75 African multinationals active on the continent. And according to a recent 2021 FDI Intelligence report, a leading research agency and a division of the Financial Times, SA is the second-biggest investor on the continent from Africa or the Middle East, behind only the UAE.

But there is another side to this unquestionable success, one punctuated by regular missteps and blunders that have been repeated to the great detriment of a number of SA companies in Africa. And while SA is primed to take maximum advantage from the nascent African Continental Free-Trade Area agreement (AfCFTA), meant to reduce barriers to trade across a large swathe of the continent’s economy, these faults do not collectively bode well for SA companies.

They could even worsen AfCFTA’s many weaknesses and ultimately help consign it to the dustbin of history if not addressed.

In announcing their capitulation on the continent, Massmart and Shoprite cited the usual suspects for many a private investor in Africa, that of currency fluctuations, high inflation and low commodity prices. For Ken Gichinga though, chief economist at Mentoria Economics, a leading market researcher in East Africa, the problems that Massmart and Shoprite faced were far more localised and down to a non-existent marketing strategy there.

“I don’t think they invested heavily in social media influencers, activations, vouchers,” he said, “If you look at the likes of Naivas or Carrefour or Nakumatt, they take a much bigger mind share in the public eye,”  speaking of the other main players in the East African retail market.

Such miscalculations mask deeper-rooted problems for many SA companies. Many choose to freeride on the perceived crest of good feeling that the “Mandela effect” brought with it in the 1990s. That perception of “a country with boundless possibilities”, as Gichinga described it, “where there was a sense of inspiration and aspiration towards SA”.  Many companies became lazy in their focus on local market trends and tastes, applying a one-shoe-fits-all commercial policy on the continent believing that the “made in SA” brand was enough.

It is this inflexibility that has caused many in Africa, and certainly in East Africa, to slowly turn away from some SA products. “I think that the centralisation of operations in SA has prevented many brands from being nimble, nimble to matters of pricing, nimble to tastes,” Gichinga said, “if that can be devolved to countries in Africa, I think SA brands will be far more dynamic and far more relevant to the local market.”

This unbending attitude also has its roots in the common perception among companies in SA of being global players and applying rigid international rules to the continent. There have been suggestions of lingering apartheid-era attitudes towards Africa that continue to seep into the co-operate consciousness too, where the pivot towards Africa was forced upon SA companies after a string of failed expansions in the international market from the likes of Woolworths and Sasol for example. Many had to revaluate and at least partially refocus their attention to their own immediate neighbourhood where they realised they had a large comparative advantage.

But Gichinga is not convinced by this. “It’s not even about maybe apartheid, but more just not really seeing much economic possibility [in Africa] compared to what you can do in China and Argentina and Brazil.”

There have been some notable success stories though, in which SA companies have understood local cultural and social trends.  And there is no better example of this than MultiChoice. “They’ve been able to really deepened their relationship with the local scene and I think that is really the future,” Gichinga stated. “The ability to really dig deep in terms of understanding the sociology, the culture, the economy, the pricing — all these things are really very important.”

Other SA companies have gone down the road of co-operation with local companies, pooling resources to achieve economies of scale and in exchange for local market access. The newly-signed memorandum of co-operation between SAA and KQ is a good example. Borne out of severe commercial stress at both carriers, nevertheless the pivot towards the continent is forward-thinking that makes economic sense for both and anticipates a greater flood of intra-African airline traffic, especially under AfCFTA.

Simon Newton Smith, commercial executive at SAA highlighted just how much undercapacity there might be in the African market, making up 17% of the global population but only 2%-3% of its passenger and cargo traffic. “African airlines are uniquely placed to solve this African problem,” he said. “In a global industry dominated by scale and where African airlines may find scale difficult to achieve, focusing on the African opportunity is a globally relevant niche.”

While the pandemic has focused minds on regionalising supply chains, there is a long and arduous road ahead if AfCFTA is to become a workable reality. One of the biggest potential pitfalls is perceived unfair competition that will see countries with greater  economic clout flood local markets that are hardly prepared, damaging local competitors and entrepreneurs in the process.

This will only be worsened by aloof SA policies that fail to consider local market conditions. A more Afrocentric business approach that has been properly researched and is elastic to local conditions could pay large dividends in the long-run — in which direct competition is softened by co-operation in local markets, and corporate arrogance is supplanted by a greater understanding in the wide and varied business affairs on the continent.

• Philipas is a British media Africa correspondent based in SA.

Trade policy is a tool that can be used to support economic development, yet ours has been static for at least the past 10 years
Opinion
7 months ago