A total of 27 brewers were shut permanently over the past few months, with 31 more on the brink of closure 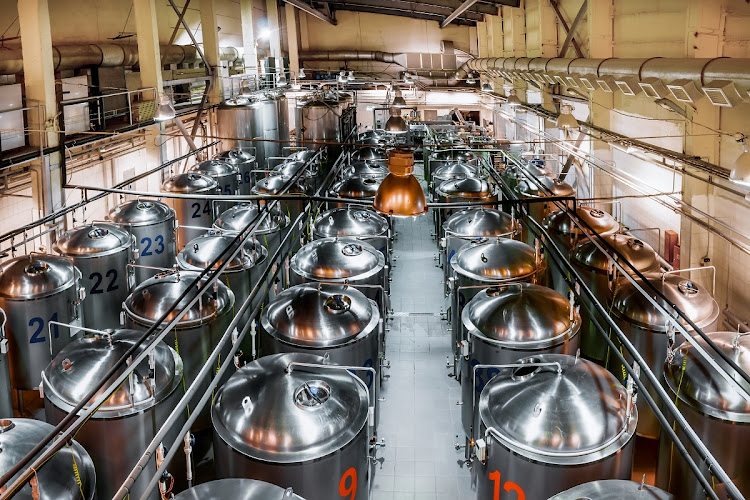 Just two years ago the SA craft-brewing scene was exploding, having grown from 50 craft breweries in 2015 to just more than 200 by 2019. With South Africans increasingly starting to enjoy craft beer, it was predicted that by 2022 10% of all beers sold in the country would come from craft brewers, serving as a major boost to these small businesses and the workers they employ.

Then the Covid-19 pandemic hit and with it four alcohol bans imposed by the national government that has caused the industry to lose 161 trade days since March 2020. These bans have had a devastating effect on small businesses across the alcohol value chain, including craft breweries, taverns, restaurants and liquor stores. This includes 27 craft breweries that were forced to shut their doors permanently over the past few months, with a further 31 breweries indicating that they are also on the brink of closure should further alcohol bans be enforced.

One of the main reasons for these closures is that little financial relief has been provided by the government to businesses in the alcohol industry over the past 17 months. If we hope to save the once thriving craft-brewing sector from collapse and ensure the future sustainability of the beer industry as a whole — and the more than 450,000 jobs it supports — we need government policies that encourage its recovery over the short, medium and long term.

Critically, our industry cannot survive another above-inflation increase in excise taxes in the coming financial year. In its recent submissions to the National Treasury, SA Revenue Service (Sars) and parliament’s standing committee on finance on the 2021 Draft Tax Bills, the Beer Association of SA (Basa) highlighted the negative effect this would have on a struggling industry.

Basa members have already started work to promote moderate drinking and position beer as the drink of moderation.

This is the first of a number of engagements we plan to hold with the government in the lead-up to 2022’s budget speech. Notably, one of the main functions of excise duties is to discourage the consumption of harmful products. Basa members have already started work to promote moderate drinking and position beer as the drink of moderation. We believe beer is ideally placed for this because of its relatively low alcohol content by volume.

Regarding excise duties there should be a distinction between beer as an alcohol beverage with a low alcohol by volume (ABV) of 2.8% to 6% alcohol, versus other alcoholic beverages with higher ABVs. Beer manufacturers have also demonstrated meaningful intent to further reduce the alcohol content in their products through the introduction of non- and low alcohol beers. This should be recognised and incentivised by the government through the creation of a sliding scale of excise duties according to a beverage’s alcohol strength.

It is common practice in many other countries to regulate alcohol beverages based on the beverage type and alcohol strength. For example, in many Organisation for Economic Co-operation & Development (OECD) countries — including Australia, Canada, Denmark, Finland, France, Iceland, Ireland, Israel, Mexico, Netherlands, New Zealand, Norway, Portugal, Spain, Sweden, Switzerland and the UK — spirits are taxed higher than beer in terms of the excise per litre of pure alcohol.

In the past five years the year-on-year increases in excise duties have been far higher than the inflation rate — a cumulative variance of 17.23% — which goes against the government’s own excise policy guidelines. This has had a negative effect on investor sentiment, with Heineken SA halting plans to invest R6bn in the construction of a new plant in KwaZulu-Natal and SA Breweries deciding not to invest in a new R5bn production plant in SA.

Above-inflation increases in excise taxes are ultimately absorbed by the consumer. Citizens who find legal products too expensive thus purchase cheaper illicit products, which are not only harmful to their health but also to the fiscus. The illicit market already accounts for 22% of all alcohol sales and has been boosted further by the four alcohol bans since the lockdown started in March last year, resulting in a R11.3bn fiscal loss.

In the current tax legislation small, medium size and micro enterprises (SMMEs) such as craft brewers are not sufficiently recognised or provided with relief from excise duties, to encourage growth and job creation in this sector. Craft brewers should be provided with a degree of excise relief, particularly in light of the Covid-19 pandemic’s effects and the prohibitions on alcohol.

To further diversify the industry and encourage the growth of small businesses, larger corporates should also be incentivised through tax relief to support and develop the craft-brewing sector as a key job creator.

The beer industry welcomes the move by the national government to have a more public and robust debate on excise taxes, including the recent public hearings in parliament, in which a number of interest groups made submissions on the matter. We look forward to further engaging with the National Treasury and Sars on this critical issue during the lead-up to next year’s budget speech to ensure the long-term survival of the beer industry and the thousands of small businesses and livelihoods its supports.

• Pillay is CEO of the Beer Association of SA.

The world’s biggest brewing company had made a habit of buying smaller companies, then increasing operating profits by drastically cutting costs. ...
Features
1 month ago

Carlos Brito, a ruthless cost cutter, is out after 15 years in charge. Will his exit herald a change in the firm’s fortunes?
Money & Investing
5 months ago