Since 2018 Arab states that once funded Assad’s opposition have been trying to restore diplomatic ties with his regime — how will the US react? 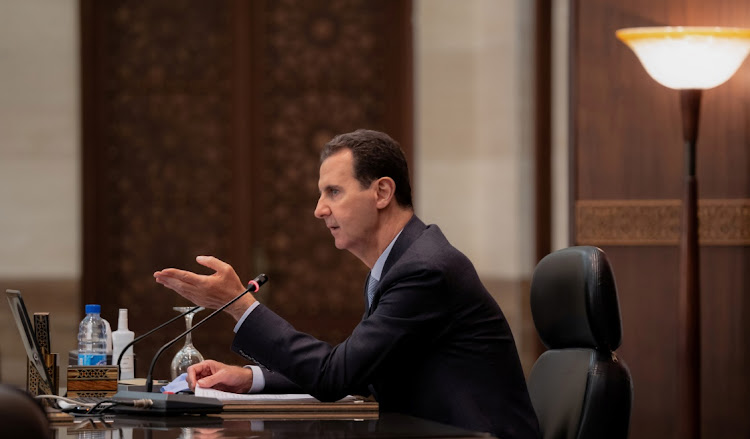 King Abdullah II of Jordan made news last week when he took a phone call from Syrian President Bashar al-Assad. It was the first contact between the king and president in more than a decade, since Syria’s civil war began.

It was part of a pattern. Since 2018, Arab states that once funded and armed Assad’s opposition have been trying to restore diplomatic ties with his regime. Since President Joe Biden came into office, these efforts have intensified. Last month, the Egyptian and Syrian foreign ministers met on the sidelines of the UN General Assembly. Last week, trade ministers from Syria and the United Arab Emirates met to discuss how to expand economic ties.

This is ominous news for the Syrian people. Assad is a dictator whose forces have gassed civilians and tortured political opponents. Now he is no longer shunned by his neighbours. The stain of his brutality is being washed away.

It’s also a setback for US interests. Since the second term of former president Barack Obama, the aim of US policy against Assad has been to deny him a full victory in his civil war. This is why Obama and former president Donald Trump supported sanctions on the Assad regime and a UN-mediated process to establish a transitional leadership for Syria.

Diplomatic recognition of a Syrian government was linked to the outcome of that process. Jordanian, Egyptian and Emirati efforts to normalise relations with Syria will only embolden Assad and other tyrants.

So it’s worth asking what, if anything, the Biden administration is doing about these thawing relations between Assad and America’s Arab allies. To be sure, the US maintains its policy of not recognising Assad’s government. A state department official has told me and other journalists that there are no plans for the US to upgrade its diplomatic relationship to Syria and that the US does not “encourage others to do so, given the atrocities inflicted by the Assad regime on the Syrian people.”

That’s fine as far as it goes. But no US official has publicly criticised Abdullah’s phone call or any other recent Arab entreaties to Damascus. Nor, I’m told, has any US official warned Arab allies that increased trade with Syria and other diplomatic contact could risk running afoul of recent legislation that sanctions Syrian officials, including Assad himself, for war crimes. Starting in June 2020, the US began designating dozens of Syrian officials under the legislation. Under Biden, the US has made no new designations.

“It strains credulity to think the king of Jordan would publicise his call with Assad if President Biden or his administration had objected to this outreach,” said David Schenker, who served as assistant secretary of state for Near Eastern affairs under Trump. Jordan receives more than $1.5bn in military and economic assistance annually from the US government. Schenker said that he warned his interlocutors that full recognition of Assad’s government would violate a UN Security Council resolution and potentially trigger US sanctions on Syria.

Syrian opposition figures are also frustrated with the Biden administration. “We were given the impression that Syria would not be forgotten,” said Mouaz Moustafa , the executive director of the Syrian Emergency Task Force. “The very least they should be doing is to make it as difficult as possible to normalise relations with a genocidal war criminal regime.”

Right now normalising relations with Assad, if not Syria, seems quite easy for Abdullah. His opening to Syria’s leader has cost him nothing with his most important ally. As Abdullah told CNN over the summer, “The regime is there to stay.” It appears that Biden agrees, even if his diplomats won’t say so.

ELI LAKE: US mum as Arab allies cozy up to Syrian dictator

Trend is ominous news for people of Assad, a dictator whose forces have gassed civilians and tortured opponents
Opinion
7 months ago

Commission notes hostilities in several areas of the war-torn country, rights violations, a collapsing economy and drought
World
8 months ago
Next Article