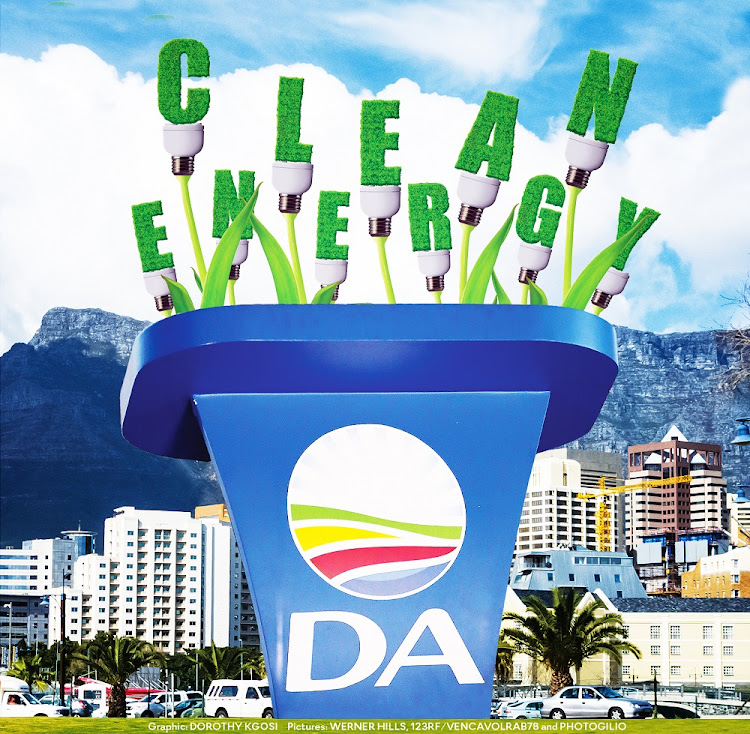 It’s hard to imagine living in an SA without load-shedding. Just like crime, corruption and unemployment, many of us have sadly resigned ourselves to the apparent fact that load-shedding will be with us until we vote the ANC out of national government.

But load-shedding is not a fact of life, and it is not normal in the year 2021. I believe it is entirely possible for municipalities to end load-shedding for their residents, even before we get an overhaul in national government and serious changes to the structure of Eskom. That is why the DA has pledged to end load-shedding in Cape Town by breaking our dependence on Eskom. This is how — and why — we’re going to do it.

Eskom — the country’s largest state-owned entity — has an effective monopoly on electricity generation, producing 95% of the country’s power. While some independent power producers (IPPs) generate small amounts of electricity for use in factories, for example, they are legally permitted to sell any excess to Eskom. Eskom’s monopoly is not a requirement written into the constitution, but rather a choice that continues to be made by the national government through legislation and regulation.

Since 2007, Eskom has been unable to reliably supply enough electricity to meet the country’s demands, even though it has attempted to build new power stations. This attempt has been disastrous, with Medupi and Kusile together costing taxpayers at least R237bn more than was originally budgeted.

Eskom’s supply issues are due to well-documented corruption, maladministration and incompetence, both inside the utility and among its contractors. Eskom is R402bn in debt. If it was a private company, it would have been liquidated years ago; instead, it is kept on life support through the abuse of taxpayers’ money.

The last round of load-shedding, in June 2021, cost the country R500m per stage, per day. In just two weeks, R25bn in value was wiped out from the SA economy. When businesses are not able to run due to blackouts, it translates into real business failures and job losses in a country that already has 44.1% unemployment, and deters the investment we so desperately need to secure livelihoods for a population that is growing ever poorer.

Eskom’s overwhelming reliance on ageing coal-fired power stations means SA’s energy is also some of the dirtiest in the world. Despite being the 36th-largest economy in the world, we are the 12th-largest emitter of greenhouse gases.

Ending reliance on Eskom means more jobs, and more wealth in the economy. It also means electricity can be purchased from IPPs using cleaner methods, especially wind and solar. This will mean a healthier population and a better future for our planet.

The constitution mentions the word “electricity” once, in part B of schedule 4, where the responsibilities of local governments are enumerated. Electricity reticulation — the delivery of power to residents’ homes — is a service municipalities must deliver, and a functional area over which municipalities have the right to make legislation.

Recent amendments to the Electricity Regulation Act have empowered municipalities to purchase electricity directly from IPPs, and have also opened the door for businesses to generate up to 100MW without the need for a licence. The door is starting to open, but the DA in Cape Town intends to kick it down so that we can end load-shedding.

If energy minister Gwede Mantashe — who often acts more like a lobbyist for dirty coal than an energy minister — continues to stand in our way, we will not hesitate to test the boundaries of local government power in SA. The constitution provides in section 156(5) that “a municipality has the right to exercise any power concerning a matter reasonably necessary for, or incidental to, the effective performance of its functions”. How can a municipality effectively perform its energy reticulation functions if the supply it is delivering is unreliable due to Eskom’s failures?

If Mantashe and the ANC try to stop us in Cape Town, this is a question our Constitutional Court may need to answer sooner rather than later.

The DA in Cape Town is ready to immediately move to procure power directly from IPPs, bypassing Eskom and feeding IPP-generated electricity directly into the city’s grid. Many IPPs are already prepared to ramp up supply in a matter of months, if they were given an indication that they will actually be able to sell the electricity they produce.

Residents and business owners who wish to generate their own electricity will, furthermore, be empowered to trade their excess supply via the city’s network. We are looking at mechanisms like rates incentives to encourage residents to become clean producers, rather than consumers, of electricity.

Since most IPPs and smaller private installations generate power from renewable sources, especially solar and wind, this will mean not only a more reliable supply for Capetonians, but a cleaner supply too.

The city’s already-successful Steenbras hydroelectric power scheme, which allows Capetonians to enjoy a lower “stage” of load-shedding than residents in the rest of the country, will be upgraded. The city will therefore join IPPs and residents in producing clean and reliable electricity.

Because the supply of electricity in Cape Town will become more plentiful, and our reliance on Eskom’s expensive power will decline, the cost of electricity in Cape Town will decrease over time relative to other parts of the country. Capetonians will not only enjoy a more reliable supply with a reduced environmental footprint, but will have more money in their pockets each month too. Added to the benefits reliable electricity will have in terms of business growth and job creation, this will translate into serious and meaningful economic benefits for Capetonians.

Ending load-shedding in Cape Town is one of those rare win-win opportunities, and the DA is the party with the political will and a plan to seize this moment. On November 1, a vote for the DA in Cape Town will be a vote against load-shedding.

• Hill-Lewis, a DA MP and shadow finance minister, is the party's candidate for mayor of Cape Town.

The president says the sector will be the first and quickest to decarbonise, and Eskom will play an instrumental role in achieving this
National
9 months ago

There’s a substantial pipeline of green power-generation projects on the horizon. They’ll go some way towards plugging the yawning electricity supply ...
Features
10 months ago