NZAMA MBALATI: Sugar tax is working as planned and should be increased 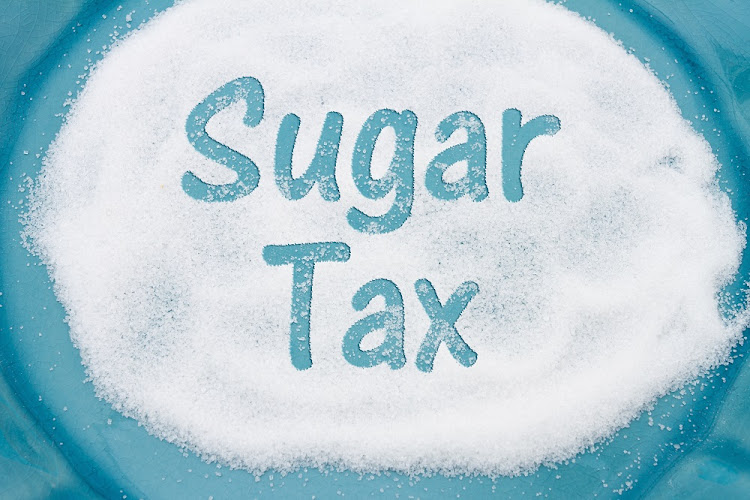 Virusha Subban and Keketso Kgomosotho misinterpret basic facts about SA’s health promotion levy — commonly referred to as the “sugar tax” (“Another misguided sugar tax could sour SA’s economic recovery”, October 4). It is unclear what the authors are arguing for, exactly.

The levy was enacted in 2018 to help curb rising rates of obesity and chronic health conditions such as diabetes linked to excessive sugar consumption. It imposes a tax of 2.21c for each gram of sugar in a beverage that contains more than 4g sugar per 100ml, which works out to about 11%. Practically, this adds about 46c to the price of an average can of original Coca-Cola, for instance. The levy does not apply to natural fruit juices or sweetened dairy products.

The National Treasury initially proposed a tax of 20% to align with World Health Organization (WHO) recommendations, but this was revised down to the level of 11%. At the Healthy Living Alliance (Heala) we continue to call for the Treasury to enact its initial proposal of 20%, to achieve the greatest health benefits.

Subban and Kgomosotho disingenuously ask why “liquid sugar” is taxed instead of all sugar. As they are undoubtedly aware, not all sugar is created equal. Free sugar includes added sugars (monosaccharides and disaccharides added to food and beverages by the manufacturer, cook or consumer) and sugars naturally present in foods such as honey, syrups, fruit juice and fruit juice concentrates. Sugar-sweetened beverages are high in added sugar, and such “liquid sugar” is taxed because it is demonstrably more harmful to health than what we refer to as free sugar.

Liquid forms of sugars, such as those found in sugar-sweetened beverages are particularly harmful to the body. They are absorbed more quickly by the liver (compared to solid sugars) and alter the body’s metabolism, affecting blood chemistry, cholesterol and metabolites that cause high blood pressure and inflammation. These chemicals significantly increase the risk of type 2 diabetes, cardiovascular disease, tooth decay, and liver disease as well as 13 types of major cancers. Sugary drinks have no added nutritional value.

Compared to energy from solid food, liquid kilojoules found in sugar-sweetened beverages make us feel full but actually have no impact on how much solid food we eat. Thus all the kilojoules in sugar-sweetened beverages result in extra energy consumption. They are less satisfying and will not lead to the same feeling of fullness compared to eating solid foods with equal kilojoules. Liquid kilojoules therefore result in extra energy consumption without any benefit.

The authors also cite a leaked National Economic Development and Labour Council report assessing the effect of the health promotion levy on SA’s economy. The report suggests that 16,000 jobs and about R653m in economic investment were lost solely due to the sugar tax — completely ignoring other ongoing impacts on the industry such as increased input costs, limited use and availability of recommended technologies, droughts, the unstable global economy, poor infrastructure and social challenges.

Methodologically, the report doesn’t pass the laugh test, which may explain why it has not been publicly released and opened for scrutiny. Ironically, despite its claim that the sugar tax alone is responsible for job losses, the report does not recommend scrapping it.

The health promotion levy is not unique to SA. Health taxes are an innovative tool policymakers can use to support and enable healthy behaviours and generate revenue for the state. Globally, the beverage industry is responding to these taxes across different markets where health levies are being implemented, and part of that response has been to reformulate beverages to reduce the amount of sugar.

We are sympathetic to the sugar industry’s concerns regarding job losses, particularly by small-scale farmers, and fully support the implementation of the department of trade, industry & competition’s sugar master plan. However, we are not sympathetic to the industry using the global and local economic downturn and unemployment levels to support a self-serving and false narrative on the health promotion levy and job losses. SA simply cannot afford to rely on sugar consumption at the expense of our current and future health and productivity, nor do we need to.

The industry can and should transform to build more diversified revenue streams for sugar producers, including capitalising on global demand for biofuels. Health conditions such as diabetes, fuelled in part by dangerous sugar consumption, remain a significant risk factor for developing severe Covid-19. The disease has already cost the lives of more than 200,000 people in SA and pushed another 20-million into poverty. Covid has shown exactly what obesity-related diseases are really costing the country in terms of an economic downturn from hospitalisation, death and lockdown.

University of the Witwatersrand researchers found that it led to a 60% reduction in sugary beverage consumption among people who consumed a lot of sugar in Soweto. In Langa outside Cape Town, University of the Western Cape scientists found that adults between 18 and 39 years old slashed their overall sugar intake by almost a third after the levy was introduced. The sugar tax also generated an extra R5.4bn for the country in its two years.

In short, the levy is working just as intended to — incentivising people to change the way they consume sugar. In fact, the report calls for ring-fencing of tax revenue and addressing these important diet-related noncommunicable diseases with a multiprong policy intervention to reduce their rates. The government can and should use all the tools at its disposal to help enable and grow a healthy population that can fully realise its potential and contribute to our shared future.

Heala believes in food justice — the right of all communities to access nutritious, affordable food. That is why we continue to demand that the Treasury increase the health promotion levy to 20% to ensure the tax keeps pace with inflation and remains effective.

• Mbalati is head of Heala.

Why are only beverages targeted, when the sweet stuff is found in many foodstuffs?
Opinion
10 months ago