Why are only beverages targeted, when the sweet stuff is found in many foodstuffs? 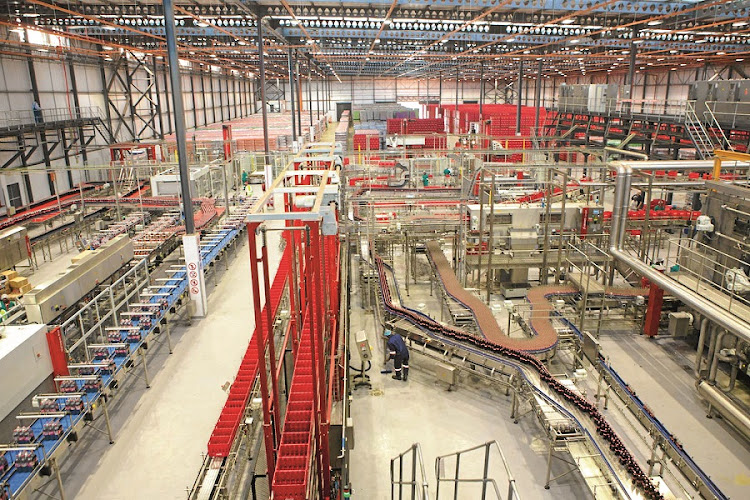 In 2018, the finance ministry introduced a health promotion levy on sugary drinks at a rate of 2.1c per gram of sugar content that exceeds 4g/100ml. The tax, colloquially known as the “sugar tax”, is charged on all nonalcoholic sugary beverages other than fruit juices, and practically works out to a tax of about 10%-11% per litre of the sugary drink.

At the time, the government reasoned that the policy would disincentivise the excessive consumption of sugar, which was seen as the primary driver of increasing rates of non-communicable diseases such as obesity, diabetes and high blood pressure. The logic was that over the long term, the sugar tax would reduce sugar consumption levels, thereby decreasing the prevalence of these diseases, which are also placing people at a higher risk of severe forms of Covid-19.

Recently SA’s Healthy Living Alliance proposed that the government increase the sugar tax to 20% for all sugary drinks with 4g of sugar or more per 100ml. A 20% sugar tax was first proposed in 2016, but wisdom prevailed and the 2.1c/g levy on sugar content that exceeds 4g/100ml was introduced instead. 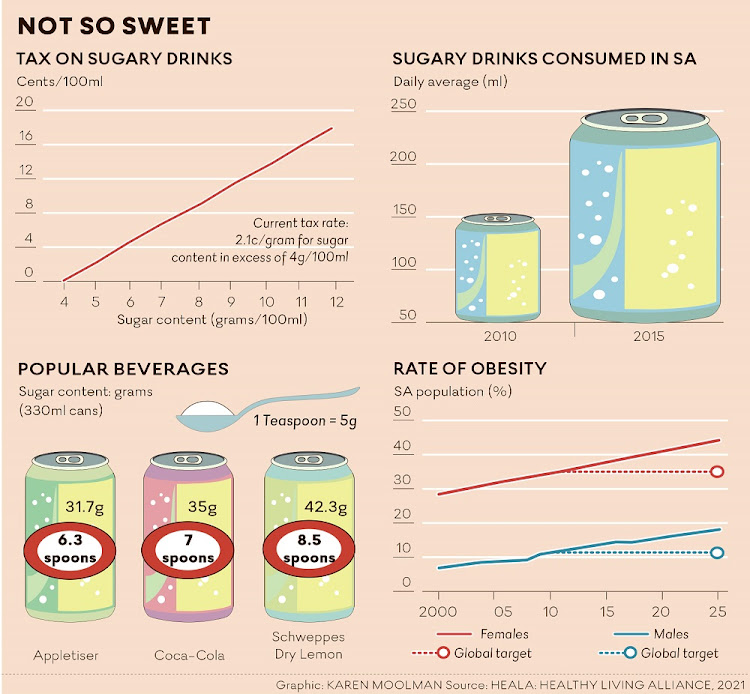 This time the proposal seems to be more about boosting government revenue to fund efforts to fight Covid-19 than sugar. However, a 20% sugar tax would have a big and negative effect on the SA sugar industry, as well as on affected businesses in the consumer goods and retail industry that are already facing post-pandemic challenges.

A recent report commissioned by the National Economic Development & Labour Council, “Economic impact of the health promotion levy on the sugar market industry”, noted that within the first year of the introduction of the levy, the sugar industry suffered 16,621 job losses overall, and 9,000 job losses in the cane-growing sector specifically. Most of the job losses have been in rural areas, where poverty levels are already highest.

If this is any indication, the implementation of a 20% sugar tax at the height of unemployment in SA, which is now at a record high of 34.4%, would be catastrophic for the industry and the country. This is especially the case when coupled with the already devastating effects of Covid-19.

The same report estimated that 250,000 tonnes of sugar sales have been lost since the introduction of the sugar tax in 2018, which translated to a loss of more than R1bn, with a disproportionately negative effect on farm and household incomes.

Considering the sugar tax through a global lens, it becomes clear that this sort of tax often has a domino effect, with the effect of the levy spreading to other commodities. For instance, in 2014, Chile increased its ad-valorem tax on high-sugar soda drinks by 5% and decreased by 3% the tax on low-sugar soda drinks, based on a 6.25g/100ml sugar threshold. There was a subsequent overall reduction in affordability for carbonates, concentrates and waters.

The price of carbonates increased by 5.6% immediately after the tax was implemented, while a sustained increase in the price of concentrates was observed. Unexpectedly, however, a smaller increase was also seen for the price of bottled water — a category that saw no tax change.

In 2015, Barbados implemented a 10% ad-valorem tax on sugar-sweetened beverages, which immediately resulted in an average weekly sales decrease of 4.3%. In 2020, the UAE introduced a 50% excise tax on a range of products containing added sugar or sweetener, and similarly it resulted in a 65% decrease in energy-drink sales after the introduction of the excise tax.

Most of these taxes failed to target the actual sugar content, because they taxed both high- and low-sugar beverages at the same rate. This removes any incentive for the manufacturer or the consumer to replace a high-sugar product with a low-sugar substitute.

This flaw in the tax could be remedied by targeting sugar directly, rather than liquid by volume. In any event, even if the sugar was taxed directly, the tax base would still only capture sugary beverages, thereby ignoring sugar consumption from other sources — which contain significantly more sugar by weight than sugar-sweetened beverages.

Targeting only one sector — the beverages industry — defies logic if the main aim of the government is to reduce sugar consumption to address noncommunicable diseases such as obesity, diabetes and high blood pressure.

Only taxing sugar in beverages is analogous to taxing alcohol in beer but not in wine, or taxing tobacco in cigarettes and not in cigars. If sugar is the harmful agent and a clear externality can be identified, then all sugar, regardless of consumption method, should be taxed.

While there are some indications that sugar taxes are effective in controlling consumption, in a narrow way, it is debatable whether such taxes are effective in reducing overall caloric intake. Overall, it remains unclear whether an excise tax on sugar-sweetened beverages has any beneficial effect on public health.

Before implementing a higher levy, the expertise and experiences of stakeholders in the sugar industry, consumer goods and retail sectors as a whole, as well as professionals in the medical health and wellbeing industries, should be drawn upon, so that a more balanced consensus can be reached. This process should include conducting a broad economic impact assessment on the proposed increase and its impact on other SA industries.

As SA begins its post-pandemic recovery, these measures will help ensure that any tax change is considered in terms of its ability to assist in the promotion of overall personal health and wellbeing, while also ensuring that the sugar industry, the beverages industry and affected businesses in the consumer goods and retail sector are able to thrive.

• Subban is partner and head of indirect tax, and Kgomosotho candidate attorney at Baker McKenzie Johannesburg.