DEON PRETORIUS: Three pressing problems that can be tackled to transform SA 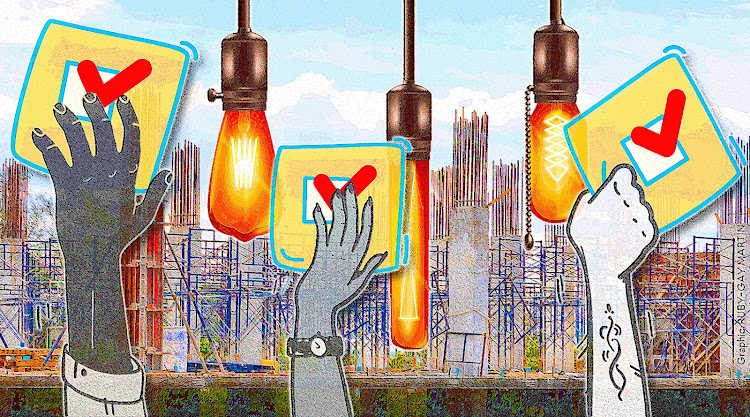 As we are approaching local elections, it is a good time to reflect on what are, arguably, the real systemic problems facing SA, and keep an eye on the approach of different candidates and parties regarding the issues discussed here.

As a development theorist, practitioner and systems analyst in SA, I believe we face three related problems: a structural problem, an ideas problem and an agency problem.

The structural problem is one of structural inequality and exclusion. That is, the acutely uneven distribution of power, wealth, income, ownership, assets and opportunities for people to improve their quality of life that shapes and structures SA society.

Being or feeling trapped in a constraining socioeconomic and sociopolitical circumstance is first a human rights issue; if it is possible for people to have a better life, they have the right to that. It also has consequences for others and the whole social system.

Entrenched structural inequality leads to the build-up of frustration among those who are deprived by this situation, and it produces the constant possibility of systemically destructive conflict, which is in no-one’s interest.

The ideas problem has to do with the absence of good-quality ideas to solve the structural problem. However, it is more about insufficient agreement on how to solve the problem, since there is no shortage of grand ideas and bold ideologies that traffic in the political landscape.

These grand ideas and ideologies are often not realistically implementable, but there is also insufficient agreement for their implementation and sustainability.

The agency problem has to do with a lack of agreement over who should be taking responsibility for what, in terms of addressing the first two problems, and questions about the implementation capacity of the state to be an effective agent of change and development. The prevailing arrangement is based on a monopolistic theory that is called the developmental state.

If we don’t solve these three problems all South Africans will eventually suffer the consequences. The system will slowly but surely go into a deeper and deeper state of crisis and chaos.

The key for sustainability is that it requires a process of societal development and not a dramatic revolution that produces temporary relief, or a prolonged evolutionary process that prolongs the process and in the end does not change the fundamental structure of society.

The way in which it can be done is through an urgent, progressive, planned, and collaborative process of societal development. This is the solution to the ideas problem. It will not be a smooth and linear path but must, at least in theory, be based on a staged and cumulative process whereby early stages of development serve as the foundations for later stages.

It also needs to include a vision of the desired society based on the idea of an inclusive quality of life, inclusion and equity. The main stage must focus on systemic and institutional transformation, but we will not get there if the ground has not been prepared for collaboration across the historical divisions that keep South Africans from engaging with one another.

As a solution to the agency problem, the starting point should be that the developmental state idea is evidently not working. The government cannot be the sole agency responsible for solving complex problems of society. We must find some form of collaborative or partnership arrangement to get the job done.

It must be an arrangement in which the state, business, organised labour, civil society, traditional authorities, faith-based organisations, development professionals and specialists, and whoever else may be relevant in the context, work together towards a common goal.

It is an obvious idea, but it is realistically possible? Of course. It happened and is still happening in the world’s most successful countries. The only reason some South Africans may respond negatively to these possibilities is due to a lack of information and because they are conditioned by the ideologies that have been advocated by unscrupulous politicians and pseudo-politicians.

What is described here is what has happened in the Scandinavian and Nordic countries, and what is still happening in these countries. That is why they emerged from relative “backwardness” in the 1930s to become the world’s most successful and egalitarian countries, with the best education systems, the best health systems, and the best quality of life for all.

We cannot simply copy them because SA, like any society, is unique. But for the same reason we should not simply copy countries and systems such as those in the US, UK, Cuba or whichever one aligns with our favourite ideology. We must learn lessons from all of them and find ways of solving our own unique problems. The Nordic and Scandinavian countries are simply much better role models than the US, Cuba or China.

Someone once told me that “whatever the plan is that you come up with, if there is no political will it will fail”. Of course, that is part of the problem of a monopolistic system; if the monopolist does not want to do something, then the others have no choice but to accept it. Therefore, the approach described here depends on the possibility of getting the non-state sectors on board and leaving the state players with little option but to join the party.

It is only when and where local politicos and officials truly fear that a pluralist system will expose them that they will resist. The rest will and should see a multistakeholder co-responsibility approach as the solution to solve what is perhaps SA’s fourth biggest problem — the limited capacity to effectively administer local government.

Any reasonable person will agree that we have a problem that has to do with limited skills, experience and expertise, with a too complex and cumbersome local government system. The solution is to unclutter, debureaucratise and simplify local government and find ways in which to share the responsibility among the agencies mentioned above. This does not exclude the state but solves the problem of a lack of capacity and a lack of political will.

Parties and politicians that present themselves in messianic terms — the ultimate and sole agency that will solve our challenges — should not be believed and trusted. We need politicians and political parties that are more modest and willing to be part of a co-responsible multisectoral solution.

• Prof Pretorius is MD at Development Partners and is affiliated to the department of development studies at Nelson Mandela University. He writes in his personal capacity.

Why can’t this mighty hidden force win at least one municipality? Sooner or later, the EFF is going to have to answer this
Opinion
3 weeks ago

Demand is less of a hindrance due to historic levels of central bank liquidity injections,  but Covid-19 factors have upended the supply side
Opinion
2 weeks ago

To create jobs SA needs to focus on investment- and not consumption policies such as the basic income grant, writes Isaah Mhlanga
Opinion
3 weeks ago

Godongwana: we have to make it easy to do business in SA

Godongwana: we have to make it easy to do business in SA