The constitution after the section 25 proposed amendment 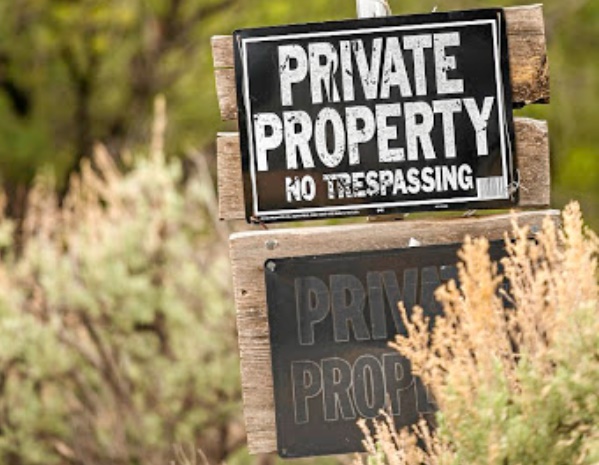 The ad hoc committee charged with dealing with the bill amending section 25 of the constitution has now completed its task. It is therefore necessary to consider the implications of having a constitution that includes expropriation without compensation, state custodianship of land and “protecting land for future generations”, and that abandons to parliament the power to determine when expropriation without compensation will apply.

To understand that there are implications it is necessary to take a step back to understand why constitutions were introduced in the first place. Every individual has unalienable rights, including the rights to life, liberty and property. Over the centuries, the common law developed to protect these. But then a lawmaking institution, parliament, evolved and the question emerged: what are the limits to parliament’s lawmaking powers?

The British opted for the notion that parliament was sovereign in its lawmaking function. That is, it could make or unmake any law. That prompted critic and historian Sir Leslie Stephen to ask his famous but obvious constitutional question: if parliament passes a law to murder blue-eyed babies, is that a valid law? If parliament is sovereign the answer must be “yes”.

This is, of course, unacceptable, but what is the solution? Stephen and his famous cousin, AV Dicey of constitutional law fame, were confident that the integrity of lawmakers meant they would never make bad laws, and if they did these would either not be obeyed or a revolt would take place. But this is surely not an acceptable solution to the problem of a sovereign lawmaking institution.

The American answer to Stephen’s question was “no”, parliament is not sovereign. The US adopted a constitutional framework whereby the authority of Congress (its parliament), was limited. It could not pass laws infringing on unalienable rights. They made it clear parliament is not a sovereign lawmaking body.

The US Bill of Rights was introduced at a later stage to indicate the limited circumstances where unalienable rights could be infringed. Thus, the fifth amendment reads: “No person shall ... be deprived of life, liberty, or property, without due process of law; nor shall private property be taken for public use, without just compensation.” So private property can be taken for one and only one reason: public use, and then only upon the payment of just compensation and via the due process of law.

One such example is the Basic Structure Doctrine. Take, for example, where a political party patently rigs an election and the matter is taken to court, which nullifies the election. The political party then uses its majority to amend the constitution, declaring that the courts have no authority to adjudicate on the validity of elections. In this case the courts would have to declare the amendment to be of no force or effect by the application of the Basic Structure Doctrine.

The “amendment” would not qualify as an amendment at all, according to this doctrine, but rather an attempt to replace the constitution with something that is not a constitution, which should be outside the power of parliament. It can thus be said that constitutions need to meet the requirements of constitutionalism.

To understand the problem with SA's constitution if the now-approved amendment to section 25 is adopted, take the following Zimbabwe-style example: a division of soldiers arrives and tells property owners and occupiers to immediately leave their farms as it is taking possession.

First, let us apply the fifth amendment of the US constitution as quoted above. The soldiers would have no right to take over the farms. The constitution would stand between them and the farmers. That is its function. Rex van Schalkwyk, chairman of the Free Market Foundation’s rule of law board of advisers, has provided a very good definition of the rule of law - the barrier that the law sets against tyranny.

Now let us apply the proposed amended section 25 version of the SA constitution to the situation. The new section means the soldiers cannot be turned away because you cannot find a due process of law requirement. You cannot say “show me the court order”. You could ask them why they are taking the farms and they could provide a host of reasons, including public purpose, public interest, safeguarding for future generations, land reform, reforms to bring about equitable access to natural resources, state custodianship, redress for the past racial discrimination, and so on.

When you aggregate all the reasons, it is so broad that it is in fact arbitrary. You may ask for compensation, but in terms of the new section 25(3A) national legislation may spell out the circumstances for when nil compensation may be “paid”. The circumstances are not in the constitution; there is thus nothing in the “constitution” to protect you.

Maybe the soldiers are there in terms of the new section 25(4A), which obliges the state to “safeguard land for future generations”. There is nothing in the constitution that says the soldiers must explain why they are taking your farm — so safeguarding for future generations will do. Or, maybe, the soldiers are there in fulfilment of the new duty imposed by the amended section 25(5) on the state to “take measures within its available resources which enable state custodianship of certain land for citizens to gain access to land”.

Since the army is a state resource, it can be used to take your land and the army can argue that it indeed has a duty to do so since taking farms will enable the army to take the land into state custodianship. Search the amended section 25 of the Bill of Rights as one may for the barrier between the farmer and the soldiers, it will not be found.

Perhaps you can argue that there is a barrier of faith or confidence or trust or something else that stands between the farmer and the soldiers, but there is no clear rule of law barrier. You can, however, find in the Bill of Rights many reasons why the state can take your property. Maybe this section 25 of the new “constitution” should be renamed the Bill of Takings.

• The authors are members of the Free Market Foundation’s rule of law board of advisers.

In the SA Communist Party’s centenary month, three radical thinkers identify ‘the new apartheid’, but disagree about what should be done about it
Life
10 months ago