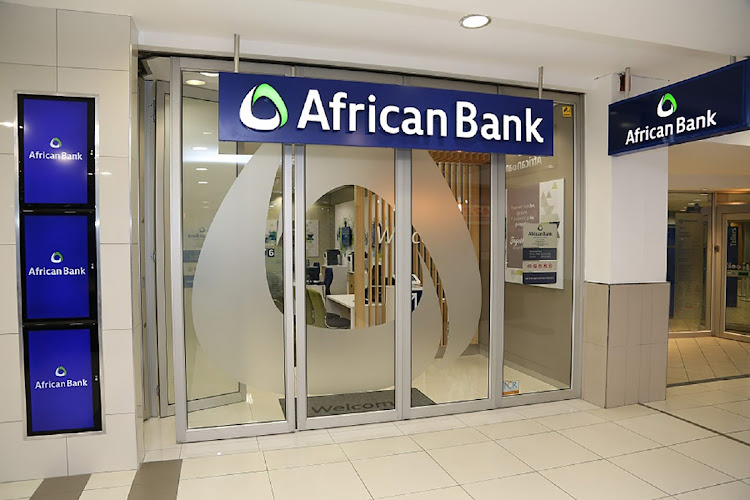 Some time this year the latest chapter in the often turbulent history of African Bank will be written when the Reserve Bank exits as its controlling shareholder. The Reserve Bank’s position as regulator and shareholder is a unique anomaly that reflects an intersection between the challenges that have occasionally faced African Bank since its founding and the different ways in which regulators have responded to each episode in its story.

African Bank’s history is — naturally — a reflection of the fractured and turbulent arc of the black business story in SA. It was in 1964 when the genesis of the idea of a black bank was first discussed by black business leaders of the day. The main lobbying and advocacy platform then — the National African Federated Chambers of Commerce (Nafcoc) — identified the continued denial of access to funding for black business as the major challenge of its time. In seeking to unlock the funding bottleneck created by the twin pillars of apartheid legislation and the hostility of traditional banks to funding black businesses, Nafcoc resolved to champion the creation of a black bank. As it turned out, lack of access to finance wasn’t unique to black businesspeople but, rather, was  pervasive across black society. Having established that R1m would be necessary to start the bank, it took Nafcoc an entire decade to actually raise the capital, simply because black people at large had little capital to begin with.

The benevolence of other role players was instrumental in assisting the founders of the bank to convert it to reality. For a country that had systematically excluded black people from access to skills — especially the type of skills necessary to run an institution like a bank — the question of who would manage it was only resolved after Sam Motsuenyane travelled to London in 1972 and successfully lobbied Barclays to assist in training staff and investing in the bank itself. That sense of confidence in the bank and the expertise of the staff seemed to assist in unlocking its potential. Between 1972 and 1974 the fundraising drive finally delivered dividends and the required amount was raised. African Bank had broken the access barrier and started operating in 1975.

Since then, its pillars of operational viability, governance and black ownership have shown mixed results. As it expanded in its early days it needed to raise more capital, and when it achieved that by tapping into the resources of new investors the stake held by the founders was gradually diluted. CEO Moses Maubane shepherded it though some its growth years but found himself on the wrong side of the governance and probity line when he went to bed with a group of buccaneers who wanted to add a forex trading arm to the business. That dalliance led to the first intervention by the Reserve Bank, which seconded Jack Theron to replace Maubane as CEO in 1988 and ensured that the bank survived a forex fraud scandal. However, the replacement of a black CEO with a white one created anxieties with the founders and other stakeholders — even if the understanding had been that he would eventually hand the bank back to a black CEO once it had been stabilised. As it turned out, Theron wasn’t immune to controversy either. His issuing of dubious loans to white clients and a generous approach to loans for himself, led to the 1995 saga where the bank found itself insolvent and once again having to rely on the Reserve Bank.

That intervention, coming soon after the transition to democratic rule, took  on political dimensions because the idea of a black bank having survived the turbulence of apartheid only to fold in the democratic age would have been difficult to countenance. Ironically, that intervention brought to the bank a period of relative stability under the guidance of Johan Louw, the curator from KPMG. Later on, however, Leon Kirkinis stepped into the hot seat, and his mismanagement would lead again to curatorship in 2014 — and the the Reserve Bank stepping in as a shareholder. Since then, no doubt with the scars of the past and the benefit of hindsight underpinning the approach to managing this unique asset, the African Bank story has been a measure of discipline and prudence — on the operational side at least. In its 2020 annual report the bank indicated that it had coped well with the strong headwinds of the Covid-19 pandemic.

On the executive management and governance side, however, it sailed into turbulent waters once more. CEO Basani Maluleke’s resignation around the same time as a series of departures from the board left many stakeholders anxious. And when the Reserve Bank announced it would exit its shareholding there was a real risk that the handover would materialise at a time when little in the way of executive leadership was going right. This put additional pressure on the board — led by Thabo Dloti — to find a capable CEO and stabilise the executive team.

While the appointment of Kennedy Bungane in April 2021 was welcomed,  the stability of the executive team was a priority before the Reserve Bank’s departure. The perceived instability at the board level could have opened the door for speculative investors with an eye on overhauling what little remained of the bank’s identity as a black institution. It also could have resulted in the less-than-favourable price for the Bank’s stake.

Still, the appointment of Bungane seems to have ushered in a sense of urgency about stabilising the leadership team. The current composition of the executive team is five blacks in a team of nine. In the expanded leadership team, that includes the heads of various strategic portfolios, nine of the 13 incumbents are black or Indian. It also has three black female non-executive directors. These achievements are noteworthy and reflect the deep sense of commitment to transformation that Dloti and Bungane possess.

The appointments also reflect the vision of African Bank’s founders at their inaugural meeting in 1964 — a black bank run by black executives for the benefit of the black community. But more importantly, the essence of black ownership is now also under deliberation.

The history of empowerment deals in the banking sector since 2004 mirrors the established trends in BEE deals across the system. Individuals and consortiums who acquired stakes required financial assistance. Given the modest ownership targets set under the BEE codes — where 25% was the common target — none of these deals ever resulted in a majority stake being directly owned by black shareholders. Moreover, the need to repay the financing meant a significant time lag between the acquisition of the stakes and the benefit of the economic interest associated with the ownership. Additionally, as deals matured some investors liquidated their minority shareholdings to pursue alternative opportunities, leading to a further dilution of direct black ownership.

However, the African Bank transaction presents a unique opportunity for black investors since the Reserve Bank holds 50% of the shares,  with the Government Employees Pension Fund holding another 25% through the Public Investment Corporation. Additionally, while the costs associated with the acquisition of BEE stakes in the large banks historically used market value as a starting point — with discounts then factored in to arrive at an acceptable price — this need not be the case with the African Bank stake.  Unlike the share exchanges associated with previous BEE deals, where the need to compensate historical and legacy shareholders adequately for their stakes meant the deal gravitated towards market value, the Reserve Bank has no such profit motive as its primary intention. Rather, its intention should be to bolster the faltering empowerment profile of the banking sector by preferring a transfer to black shareholders specifically rather than the sale being subject to the vagaries of the open market.

Majority ownership of African Bank by blacks would finally realise the vision outlined at the Nafcoc meeting of 1964, fulfil the hopes of the black shareholders who raised R1m in 1974, and foster the economic inclusion promised to all citizens in 1994. Such an opportunity should not be squandered.

• Leteka Radebe is president of the Association of Black Securities & Investment Professionals.

Mpho Makwana, who was appointed acting chair when Naidoo took medical leave, will continue in the role for the time being
Companies
10 months ago

A cyberattack on Debt-IN, one of African Bank's debt recovery service providers, in April 2021 turned out to be worse than initially thought
Companies
10 months ago
Next Article