No real evidence of concentration in the agriculture sector 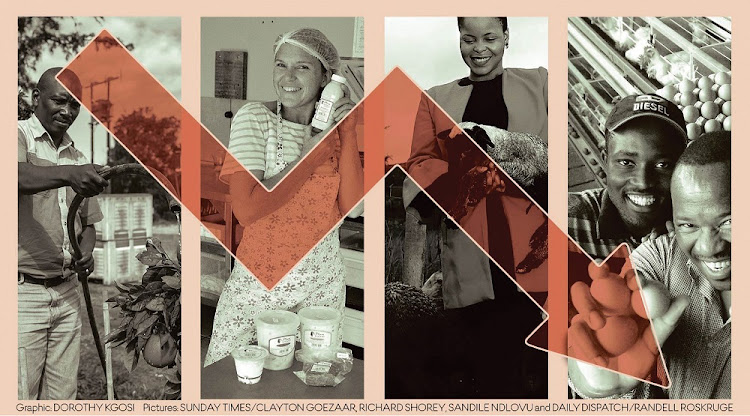 The extent of market concentration in SA’s agriculture sector is a perennial topic for debate, no doubt because of the complexity of the country’s food system, the dangers of generalisation, and some debilitating data problems. Some analysts believe the sector is already overly concentrated, some see increasing concentration, and some think there is no real problem with how markets are functioning.

Since the Bureau for Food and Agricultural Policy has been researching the sector for two decades, we write this article to add to the debate. In the process we emphasise that the main objective of agricultural policy must be to get rid of the dualism that pervades the sector. Removing structural barriers that limit competition is an integral part of this process. However, this must take into account the complexities of the sector.

In this regard, it is first necessary to agree on the components of the agricultural value chains that constitute such an essential part of the larger SA food system. Agriculture, with its upstream and downstream linkages, consists of more than just the input supply industries (fertiliser, seed, agrochemicals) and the food processing sector. Its tentacles are spread throughout the rest of the economy and encompass elements of transport, storage, retail, personal services, financial services, wholesale and accommodation, to name just a few. These all need to be taken into consideration when assessing the extent of market concentration.

To this end, we collate various industry surveys from Stats SA and assess concentration by comparing the income of the biggest 20 enterprises in that industry to the income of all the firms. This analysis shows that both agriculture and the agro-processing sector are not the most concentrated sectors in the economy. Concentration is driven by state-owned enterprises and the other resource-based industries (mining, forestry and fisheries). Furthermore, while the 20 largest agro-processing firms had 52% market share, this was no larger than “other manufacturing” (chemicals, glass, metals) and the retail trade.

It might come as a surprise that farming had the lowest concentration level among all sectors, with only 12% of income produced by the 20 largest firms, which include the corporate sugar, poultry meat, and egg producers.

Using this metric does not support inferences about the widespread concentration of agriculture. Of course, it is possible that even if the sector as a whole is not concentrated, some parts of it may be. For example, Stats SA data shows that food retail had a comparatively low concentration of 27%, but that the smaller catering services industry had a concentration level of 65%. Furthermore, either some parts or all of the sector may be becoming more concentrated over time, but further analysis is required to establish that this is the case.

Second, some analysts argue that declining farm numbers are driving rising concentration in primary agriculture and that this constitutes a threat to small enterprises generally, and specifically to black farmers. To assess whether this is true, it is necessary to look at the market dynamics as well as the effects of the policy environment. Let’s use the example of the declining number of dairy producers, as the Competition Commission did recently. Since 2007, the number of dairy farmers has declined from 3,899 to just over 1,000, the result of farmers leaving the industry. Instead of assuming that market domination causes or even is the result of this decline, we assess the prevailing market dynamics in this period.

The real farm gate price of milk has declined since 2007, while output has increased. As a result, dairy farmers must overcome tightening margins to remain in business. There are many ways of doing this, including increasing productivity by getting bigger, switching from dairy to other commodities, and even moving to other parts of the country that are more conducive to low-cost production. This has been a strong trend in dairy farming for more than a decade now: farmers in the interior of the country, where feed and fodder must be purchased, are exiting the milk industry, while the number of dairy farmers in the coastal areas, where animals graze on pasture, has not declined to the same extent.

The trend in the number of all farmers in the country will provide better answers, but here the problem is data. Fellow agricultural economists Wandile Sihlobo and Johann Kirsten have prepared a chapter on SA agriculture for the forthcoming Oxford Handbook of the South African Economy, addressing this data issue. According to their calculation, there were about 137,000 households in SA whose main source of income was primary agriculture in 2016, compared to the 40,000 VAT-registered farmers recorded by the 2017 agricultural census of Stats SA. Until these data problems are sorted out, only the brave will make definitive statements about concentration among primary producers in agriculture.

Third, the dynamics within agricultural markets and between agriculture and broader economic development pathways also need to be considered. It has been exactly 60 years since Bruce Johnson and John Mellor published their landmark paper on the “Roles of Agriculture in Economic Development” in the American Economic Review. Here they stressed the importance of agriculture in triggering development in the broader economy. They highlighted five intersectoral linkages and proposed that a “balanced growth” strategy is needed to simultaneously promote agriculture and industrial development, since the change in the agricultural sector has historically preceded economic growth in other sectors — in all countries bar city-states such as Hong Kong and Singapore.

Thus, as a country develops, resources (capital and labour) are pulled away from farms into the industrial and other sectors, which grow faster, leaving agriculture’s share of the economy declining over time even while the sector itself grows. This growth can be achieved in several different ways, one of which will always include the exploitation of scale and therefore lead to larger farms. International evidence suggests farm numbers do actually decline, and hence that farming units get bigger. The rate at which this happens depends on the nature and extent of government support for agriculture. Farm subsidies such as those of the EU can shield smaller enterprises from prevalent competitive global market forces and therefore retain their viability and avoid concentration problems. But subsidies can also lead to worrying concentration levels, such as is found in the US, where farm subsidies are smaller than in the EU but also different by nature.

In the SA case, commercial farmers have no such luxuries, with most if not all direct state support withdrawn by the end of deregulation in 1997/1998. The resultant striving for international competitiveness within open markets is the main driver of productivity growth and declining farm numbers in our case. Future growth in agriculture, for large and small enterprises, should contribute to developing SA’s economy, both on-farm and beyond the farm. We also need to improve the database upon which these decisions are made to avoid over-hasty conclusions about the extent of concentration in agriculture, whether one believes there is too much or too little.

State must dish up food policies that benefit the hungry, not the greedy