NIR KAISSAR: Long and the short of it: ‘the mother of all crashes’ might not happen 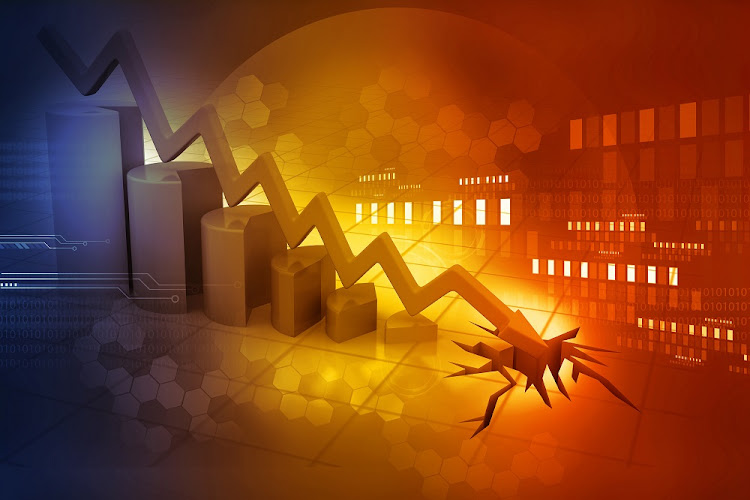 Go ahead and fear a market crash if you want. Just don’t bet on it.

It’s a heady time for US markets. Every asset seems more richly valued than ever, or close to it, from stocks and bonds to real estate and private equity. Even more astonishing are the big and small fortunes people are minting on meme stocks, cryptocurrencies and non-fungible tokens.

It’s not supposed to be this easy to make money, and markets have a nasty way of reminding investors when they forget. There have been similar episodes in the past, both in the US and elsewhere, and they usually don’t end well. Asset prices eventually slump, wiping out speculators and tipping the economy into recession, as happened most recently during the dot-com bust in 2000 and the housing implosion in 2008. Perhaps the sell-off in US growth stocks this week is a gentle warning.

It’s tempting to wager that another bust is looming. Those who did in the run-up to the 2008 financial crisis made vast fortunes. Notable among them are John Paulson, who reaped $20bn for himself and investors betting against sub-prime mortgage bonds; Michael Burry, featured in the book The Big Short for his bet on a housing collapse; and David Einhorn, who shorted Lehman Brothers just before the bank imploded in September 2008.

That trio sees fresh trouble ahead. Burry says “the mother of all crashes” is coming for meme stocks and cryptocurrencies. He has a big short on ARK Innovation ETF, a $25bn juggernaut with concentrated bets on some of the most highly valued stocks in the world such as Tesla, Teladoc Health, Roku and Coinbase. Einhorn is shorting a basket of tech stocks he calls an “enormous” bubble. Paulson predicts cryptocurrencies “will go to zero”.

Betting that they’re right has never been easier. I counted more than 100 “inverse” US-based exchange traded funds (ETFs) that allow investors to bet against a variety of stocks, bonds and commodities. Some discount brokers and trading apps allow customers to short ETFs, and most allow them to trade options and futures, which means they can bet against almost anything, including tech stocks, cryptocurrencies and crypto stocks like Coinbase.

It’s a bad idea, though. To see why, consider the other side of shorting. Buying a broad basket of stocks, for instance, is a simple proposition that is likely to pay off over time. There’s a good chance the market will be higher in the future because the US economy should continue to expand, and American companies should continue to pay dividends and increase earnings. Investors can easily profit from that growth by investing in a low-cost index fund that tracks the market.

Going “long” has two key advantages that may not be immediately obvious. First, time is on the longs’ side. The longer investors are in the market, the more likely they are to make money. Second, long investors have more to gain than lose. There’s no ceiling on how high the market can climb, whereas investors can only lose what they invest — and even that overstates the downside because the market has never hit zero and has always recovered after a downturn. That doesn’t mean all longs have the same potential payoff. Investments in individual stocks or cryptocurrencies are riskier and the potential gains more tenuous, but the core advantages of being long are the same.

Shorting turns those advantages into landmines. While it’s safe to assume the market or any asset will take a dive occasionally, there’s no way to know when. The market can rise for years before pulling back meaningfully, as it did for more than a decade between the financial crisis and the Covid-19 meltdown in 2020. Every time the market ticks higher, the shorts lose money, and eventually they get wiped out. So timing is everything when it comes to shorting, a harrowing task given that there’s no reliable way to consistently time the market or the price movement of any asset.

The shorts also have more to lose than gain because asset prices have a zero floor but no ceiling, so while the upside is capped, the downside is bottomless. What’s worse is that the risk of a sudden spike in prices is probably highest during speculative episodes when shorting is most appealing. The hedge funds that bet aggressively against GameStop were reminded of that in January when the stock surged 20-fold in less than a month. During the height of the dot-com frenzy, the Nasdaq 100 Index nearly tripled in value from late 1998 to the bust in 2000 despite that its valuation at the end of 1998 was comparable to that of ARK today.

That’s why even the most sophisticated investors find shorting devilishly difficult. It’s not a coincidence that the great ones, such as Warren Buffett, David Tepper and Chris Hohn, made their money investing long, not short. Buffett has long warned that shorting has “ruined a lot of people” and that “you can go broke doing it”. In fact, I’m not aware of a single investor who has been able to consistently make money shorting.

That includes the star shorts from 2008. Einhorn has been calling tech stocks a bubble since at least 2014 and has shorted Tesla and Netflix for years. Meanwhile, tech stocks have moved stubbornly higher during the last seven years, handing Einhorn and his investors heartbreaking losses. Burry is also shorting Tesla, to no avail so far. Paulson has struggled to recreate the magic of 2008 and finally decided to close his fund in 2020.

When assets are richly valued, as they are today in the US, it often means future returns will be lower than normal. But it says nothing about the specific path markets will take, or whether they’ll encounter a downturn. So the next time you hear a celebrity investor talk about making money shorting this or that, remember that it’s a wish more than a plan.

We have an irresistible propensity for borrowing more than we can afford, and we should heed warning signs
Opinion
10 months ago