The legendary accountant changed the profession during his tenure at Deloitte 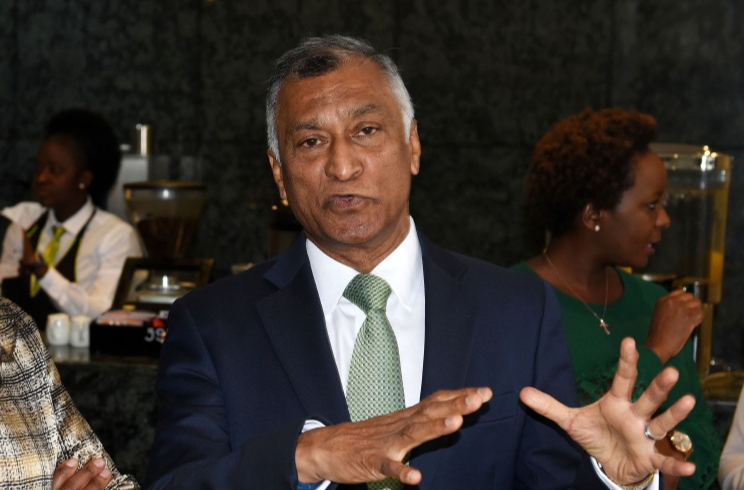 Death, as Seneca put it, is a release from all suffering and a boundary beyond which our ills cannot pass. He goes on to say that the man that we should admire and emulate is the one who finds it a joy to live, and in spite of that is not reluctant to die.

Vassi Naidoo leaves behind a trail of evidence that he lived. However, what I admire most about him is that he found it a “joy” to live and wanted everyone else to experience the same joy. What defined Vassi was his extreme intolerance for injustice.

In 1977 when he joined Deloitte as a trainee accountant, it was a time when discrimination was rife and supported by legislation in many forms. At the time he joined our Durban office, I am told the office still had “whites only” signs, and it was through Vassi questioning the partner in charge of that office that the signs were removed. Vassi’s life and career have been characterised by his consistently challenging injustice and advocating for diversity and inclusion.

Vassi was not one to accept the status quo, and this was his approach to business. He made an impact in each of the roles he occupied from his days as the first black partner, as the managing partner of the Durban office and eventually as the first black CEO of Deloitte, of a Big Four firm in SA.

In the years that he was the CEO of Deloitte Southern Africa, from 1999 to 2006, he changed the culture and disposition of the firm and I would argue in many respects he also changed the profession. Within the firm, Vassi was legendary for his lively partner and staff roadshows. He changed these from being staid accountant-type sessions to lively affairs where the only constant was unpredictability.

He was fond of being introduced on stage with song and dance. This was the foundation to the “open door” and informal style of communication that Vassi introduced to the culture the firm. When I joined in 1994, Vassi had already been a partner for 10 years and at that level of seniority, he made it easy for me to establish a line of communication with him.

Vassi led through a long period of growth and diversification of the firm’s services. It was during his time that Deloitte acquired a number of businesses, including the actuarial practice that has become the largest in the country. The human capital practice that is now an integral part of our consulting business was also acquired during his time as CEO.  He was instrumental in driving diversified growth in our client base.

He could lead from the front on many aspects because he had boundless energy. Vassi’s work ethic was unparalleled, his early-morning calls are legendary at Deloitte. He was a self-confessed workaholic and, dare I say, a slave driver. He believed you must love what you do, and it must be fun. “Loyalty, hard work and commitment should lead to success. Get involved and believe in what you are doing,” he would often say.

With the advent of democracy, Vassi played a pivotal role in changing the positioning of the firm to embrace a broader mandate of supporting change and democracy. Through his leadership he availed many of the firm’s resources to support initiatives the new government was introducing. Through this, he developed a warm relationship with the late Nelson Mandela, as he did with many business leaders, who would often call on Vassi to support one initiative or the other.

Vassi infused a culture of contributing to society, the realisation that we can only be successful if the community from which our “licence” to operate comes from is also successful. This culture of aiming to make a difference in our communities lives on to this day, as part of our purpose at Deloitte.

He was a strong proponent of fostering relationships with universities as a source of talent for a professional services firm. His efforts in the education and training of CAs and the transformation of the profession were recognised by the University of KwaZulu-Natal when he was awarded a certificate of commendation by the faculty of commerce.

In 2005, he was also made a professor of accounting  and auditing at the University of Johannesburg. In 2011, The SA Institute of Chartered Accountants recognised him with an honorary lifetime membership for his contribution to the development of the profession in SA.

His passion for giving back was demonstrated through the number of years he served as chair of the African Children’s Feeding Scheme and he continued playing a supportive role long after his tenure as chair ended.

As a country, we feel cheated by his passing at 66. He still had so much to offer and was an inspiration to so many. We are comforted by the fact that his rich legacy will live on and serve as a source of inspiration for many young professionals looking to make a positive difference to our country.

As a firm, we are extremely proud to have had a leader such as Vassi. We are indebted to him and his family for the 39 years of distinguished service at Deloitte, both in SA and the UK.

My condolences to his wife Sheila and daughter, Carmeni, currently a Deloitte partner.

• Bam is CEO of Deloitte Africa

Mpho Makwana, who was appointed acting chair when Naidoo took medical leave, will continue in the role for the time being
Companies
10 months ago