DESMOND LACHMAN: What Deng Xiaoping and his cat would do in SA 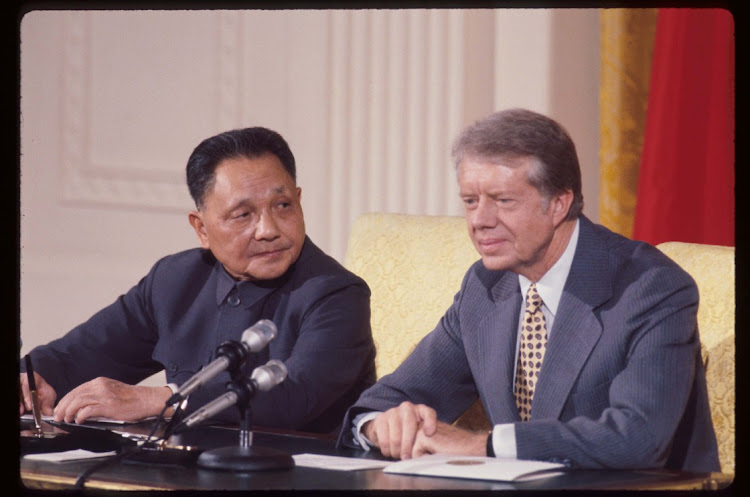 In 1978, about 30 years after the Communist Party came to power in mainland China, Deng Xiaoping realised that Chairman Mao’s economic model was not delivering the country the economic prosperity that had been promised. This induced him to introduce radical economic reforms, which met with tremendous success. Due to those reforms, over the next four decades 400-million Chinese residents were lifted out of poverty and the country was transformed from a struggling emerging-market economy to the world’s second largest.

In 2021, almost 30 years after the start of majority rule, SA struggles with the acutest of employment problems and is yet to find the formula for rapid and inclusive economic growth. Yet it seems to persist with the same economic model that has singularly failed to produce prosperity and employment. One has to wonder whether it is not long overdue for SA policymakers to emulate Deng and make bold economic reforms that might break the country’s failed economic mould.

Deng’s basic insight was that Mao’s economic system of state ownership and central control did not provide farmers and workers with the proper incentives to be more productive. This induced him to gradually introduce reforms that allowed more individual ownership and less state intrusion in economic affairs. Deng’s new economic model came to be called a socialist market economy. The basic idea was to reward those who put in an effort and to stop others from freeriding the system.

When Deng was accused of betraying communist ideology by introducing capitalist ideas, he famously retorted that it did not matter whether the cat was white or black — what mattered was whether the cat caught mice.

With the SA economy delivering anaemic growth and with the unemployment rate stuck at about 30% — among the world’s highest —  one would think the country’s economic policymakers would conclude that something fundamental is not working. This might induce them to engage in some serious soul-searching to figure out what might be wrong with the economic model. Unpopular as it might be among large sections of the governing party, such soul-searching might reveal that some sacred and ideological cows of the party should be sacrificed.

Dispassionate economic analysis would suggest that the primary cause of the country’s unacceptably high unemployment rate is that a large part of the labour force is being priced out of the market by the high wages the country’s union policies and collective bargaining arrangements require employers to pay all employed workers. Those policies create a classic insider-outsider problem. The policies benefit those who are fortunate enough to have employment, but do so at the cost of excluding a substantial part of the labour force from finding employment by making them too expensive to employ.

Another cause of high unemployment would seem to be an inadequate pace of investment. This is largely attributable to the aforementioned failures in the labour market. However, it is also due to an unfriendly investment environment created by excessive government regulation, poor budget policy management and widespread corruption.

If Deng were in charge of the SA economy he would be sure to find a politically acceptable way to make the economy more dynamic and more labour intensive. He might do so, as he did in China, by experimenting with the creation of new industrial zones in which employers would be freed from collective bargaining and burdensome government regulation — provided they could demonstrate that they were making new labour-intensive investments. By so doing he might lay the groundwork for further reforms that might harness market forces to get the country on a higher economic growth and employment path than that is on.

Recent domestic political unrest would suggest that time is running out for the continued pursuit of failed economic policies. It would also suggest that no time is to be lost for SA’s policymakers to take a leaf out of Deng’s economic playbook.

• Lachman is a senior fellow at the American Enterprise Institute. He was formerly a deputy director in the IMF’s policy development & review department and the chief emerging-market economic strategist at Salomon Smith Barney.

STEVEN KUO: Deng’s lesson for the comrades: get out of the way

STEVEN KUO: Deng’s lesson for the comrades: get out of the way