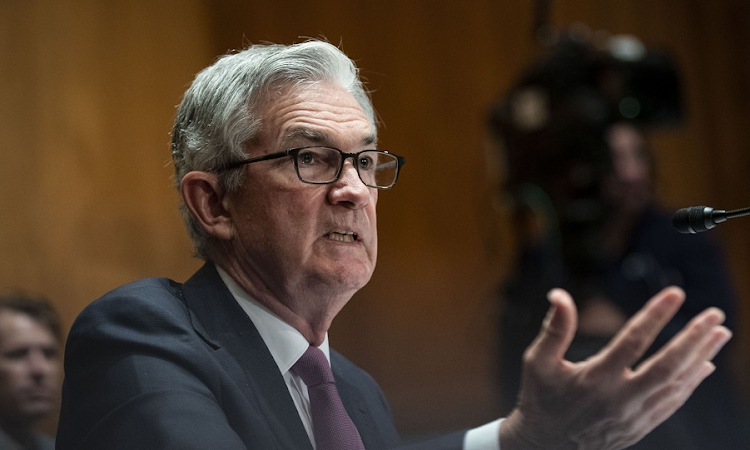 A day after Federal Reserve (Fed) chair Jerome Powell said at a media conference that “inflation expectations are terribly important”, Jeremy Rudd, who has been serving at the Fed since 1999, released a new paper.

The title: “Why Do We Think That Inflation Expectations Matter for Inflation? (And Should We?)” His answer to the parenthetical question was a resounding no.

Fed watchers had varying interpretations of Rudd’s paper. Some saw it as validating the new policy framework about inflation, which aims for observed price growth that modestly overshoots 2% for some time rather than making decisions based on potentially erroneous forecasts. Others viewed it as a warning: counting on surveys that show stable longer-term inflation expectations runs the risk of missing a real-time regime shift in the economy.

The summary of the paper creates room for reading between the lines. “Economists and economic policymakers believe that households’ and firms’ expectations of future inflation are a key determinant of actual inflation,” it reads. “This belief rests on extremely shaky foundations, and a case is made that adhering to it uncritically could easily lead to serious policy errors.”

It is not until page 16 that Rudd lays out the practical and policy implications of his argument. Once he does, it is hard not to read it as expressing doubt about the Fed’s new policy framework and advocating for vigilance and humility about understanding what might be in store for the US economy. The analysis comes at a critical time for the central bank: on Monday, both Boston Fed President Eric Rosengren and Dallas Fed President Robert Kaplan said they are to retire within the next two weeks.

This is what Rudd suggests on monitoring for evidence of an inflation regime shift: “One development to watch for would be any evidence that a renewed concern with price inflation was starting to affect wage determination — either in statistical form … or in the form of anecdotes. To the extent possible, we might also try to determine whether quit rates were starting to rise in a manner that was less tied to the state of the labour market and more correlated with consumer price developments, or whether wage increases for new hires were starting to rise appreciably relative to wage increases for workers in continuing employment relationships (the argument being that wages for new hires are more flexible and hence more responsive to economic conditions).”

Anecdotes abound about businesses scrambling to offer higher wages and one-time bonuses, laying the foundation for the disparity between new employees and existing workers.

Yes, the shocks from the Covid-19 pandemic have made parsing economic data trickier than ever. But the labour department’s Job Openings and Labor Turnover Survey (Jolts), shows that the quits rate remains near a record high at 2.7%. The number of job openings in the US exceeded hires by 4.3-million in July, the most in data going back to 2000. Employees clearly hold the cards — anecdotes abound about businesses scrambling to offer higher wages and one-time bonuses, laying the foundation for the disparity between new employees and existing workers that Rudd highlighted. For now, this is a welcome change, given the power dynamics have favoured employers over the past few decades.

Should the quits rate stay elevated for many more months, however, it might raise concern that cost-of-living increases are starting to become front and centre in the minds of workers. As my Bloomberg Opinion colleague Noah Smith wrote earlier in September, even though US wages have been rising strongly lately, on an inflation-adjusted basis, they are lower than they were in May 2020.

Powell said last week that “inflation expectations had drifted down, and it was good to see them get back up a bit”. That was in response to a question about a New York Fed survey, which showed Americans’ median expected inflation rate over the next three years is 4%, the highest yet in data going back to 2013. According to Rudd’s analysis, central bankers’ attempts to influence these kinds of forecasts are a waste of time at best — and dangerous at worst.

It is far more useful to ensure that inflation remains off people’s radar screens than it would be to try to “reanchor” expected inflation at some level that policymakers viewed as being more consistent with their stated inflation goal. In particular, a policy of engineering a rate of price inflation that is high relative to recent experience to effect an increase in trend inflation would seem to run the risk of being dangerous and counterproductive inasmuch as it might increase the probability that people would start to pay more attention to inflation and — if successful — would lead to a period in which trend inflation once again began to respond to changes in economic conditions.

Rudd also adds that by assuming inflation expectations are what ultimately drives price growth, “the illusion of control is arguably more likely to cause problems than an actual lack of control”. He warns that “given the huge boon to stabilisation policy that results from a stable long-run inflation trend, actions that might jeopardise that stability would appear to face an unusually high cost-benefit hurdle”.

The Fed wants to talk a big game on inflation and push expectations higher because policymakers believe that will keep price growth above their 2% target. Rudd argues that:

“I view Rudd’s policy implications as an indictment of the Fed’s new policy framework,” Tim Duy, a former Bloomberg Opinion contributor who is now chief US economist at SGH Macro advisers, wrote in a report. “There is clearly some internal conflict.”

I wrote last week after the federal open market committee decision that Powell tried to walk back the central bank’s inflation fear, which was evident in the hawkish shift in the “dot plot”. The sort of questions raised by Rudd’s paper only increase the likelihood that policymakers will be leery of inflation that persistently exceeds 2% and that for all the talk about a “substantially more stringent test” to raise interest rates and the steadfast belief that price growth will be transitory, they will react in the same way they have in the past.

Bond traders are grappling with what this all means, judging by recent market moves. Eurodollar futures are now pricing in 34 basis points of rate increases in 2022, up from about 25 basis points a week ago. The Treasury yield curve from five to 30 years experienced a rare bout of bear flattening on Monday — it is just the third time since mid-June that yields on both tenors increased and the curve flattened. That could be seen as investors betting the Fed will raise interest rates in the coming years to avoid inflation that is too hot.

When Powell revealed the Fed’s shift in strategy in August 2020, his argument went like this: “Inflation that runs below its desired level can lead to an unwelcome fall in long-term inflation expectations, which, in turn, can pull actual inflation even lower, resulting in an adverse cycle of ever-lower inflation and inflation expectations. This dynamic is a problem because expected inflation feeds directly into the general level of interest rates.”

Rudd’s paper calls this whole premise into doubt. The main question investors should be asking: is inflation high enough to affect Americans’ employment and purchasing decisions? As long as price pressures remain front and centre for consumers, the risk remains that Fed officials will be late to notice a structural shift happening right in front of them.