DARYL GLASER: Electoral system not bad, but ANC call on changes will not stop street protests 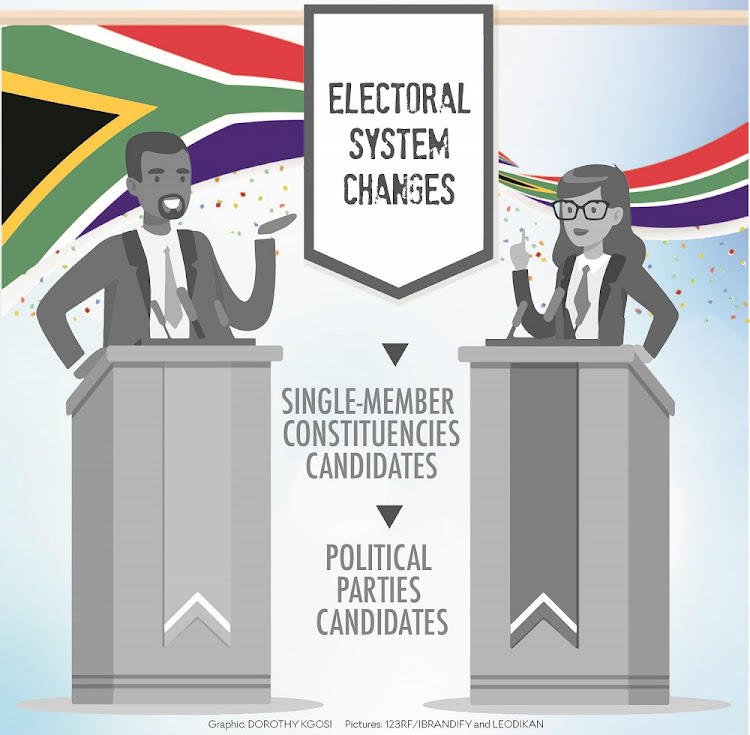 I was part of the ministerial advisory committee majority that advocated for more radical changes to the electoral system than the ANC is now contemplating. I want to say something in partial mitigation of the ANC’s choice of minimal changes before I point to a deep internal flaw in the minimalist option and reflect on what is lost by not pushing for more radical changes.

In mitigation of the ANC’s choice: our existing system is not that bad; the Constitutional Court left too little time to make major electoral system changes; inserting free-standing independent candidates into a proportional representation system is more conceptually complex than the court seemed to realise; it would not per se address the central deficits of the existing system; and switching between proportional electoral systems is likely to make less difference to governance than many assume. Add to that the cost and disruptiveness of change, and it’s not hard to see why the ANC might opt for the line of least difficulty.

There are possible ways around this problem. One is via a voting system that redistributes surplus votes from the winning independent to some other set of candidates, for example via single transferable vote. Another is by doing what we do in local government: combining single-member constituencies with party-list candidates to achieve overall proportionality. This avoids the need to redistribute votes.

The ministerial advisory committee decided that the first method introduced too much complexity from the voters’ point of view (because it involved ranking candidates) and it was not supported by either the majority or minority. The majority opted for a version of the second. That is to say, some version of the current local government system, albeit with a cleaner separation of the constituency and proportional votes and a mechanism to allow independents to compete both as individuals in single-member constituencies and in combination with other independents for the proportional vote. In effect, giving independent candidates two bites at the cherry.

Instead of either of the above, the ANC chose the minimalist option proposed by a minority of the committee — essentially, letting free-standing independents compete with parties in the existing system. One can see the attraction of this choice. It would give independents a good chance of winning seats (just as tiny parties do now) while minimising the disruption and costs associated with more radical changes to the electoral system.

If a Nelson Mandela stood as an independent and won 50% of the national vote, he would be able to translate that into only one seat — his own.

An immediate problem is that the ANC’s chosen minimalist option makes no provision for transferring surplus votes. If a Nelson Mandela stood as an independent and won 50% of the national vote, he would be able to translate that into only one seat — his own. This would introduce a huge distortion of proportionality, with Mandela’s supporters seriously underrepresented.

True, it’s unlikely that candidates of Mandela’s stature will stand. There are wasted votes in any electoral system, and this might introduce a few more without much consequence. But it would only take a few independents winning more than one seat’s worth of votes to increase the level of disproportionality in the system quite considerably.

You might say: an independent who believes they can win more than one seat’s worth of votes will be likely to form a party anyway, so that they can gain more seats. But ironically, they can do this already. This is what Mamphela Ramphele did with Agang, and Patricia de Lille with Good. The ANC’s preferred tweak will instead give independents the opportunity to stand without associates, thus potentially increasing the number of wasted votes and reducing proportionality accordingly.

To guarantee proportionality the minimalist option would need to insist that independents get together with enough associates to fill all seats won, even if the associates do not call themselves a political party. Or it would need to invite independent candidates or voters to designate parties to receive surplus votes. The first might fall foul of freedom of disassociation, as defined by the Constitutional Court. The second introduces too much complexity.

This is the problem: there is no entirely satisfactory way of incorporating free-standing independents into a pure party list system. What is lost by not going for more radical changes, such as the additional member system proposed by the majority of the advisory committee?

A difficulty here is that the Constitutional Court did not capture what is wrong with the existing system. It addressed what it was invited to — the right to stand independently. But the problem with the current system is not lack of independents. It is that voters are not able to vote for individual MPs and hold them accountable, and that they lack local representation. There are any number of proportionality-friendly ways to provide for these. The approach proposed by the majority of the advisory committee — the creation of 200 single-member constituencies, topped up from a single national party list vote — is just one.

Our existing proportional system is not terrible. But there is a crisis of representation in the country, reflected in protests and declining voter turnout. While the ANC’s preferred minimalist option meets the Constitutional Court’s requirements, it squanders a rare opportunity to rethink which proportional system best addresses public concerns and current representation deficits.

There is no perfect electoral system. Every model involves trade-offs. For example, any departure from party list representation makes it somewhat harder to ensure equal representation of women. I formed the view that a mixture of single-member constituencies and party list top-up offers a better set of trade-offs than does the current system. It incorporates free-standing independents, provides local and personal representation and preserves proportionality. My fear is that the minimalist option preferred by the ANC may leave us worse off than we are now.

• Glaser is a professor in the Wits University department of political studies. He writes in his personal capacity.

Electronic voting is far more open to manipulation and fraud, yet the Electoral Laws Amendment Bill is being pushed by the ANC
Opinion
11 months ago
Next Article