This festive season demand will not be an issue, but filling the shelves will stock may well be 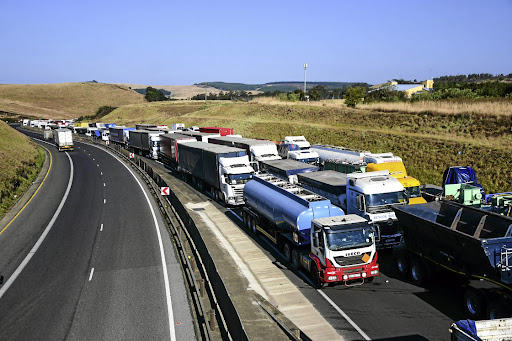 Get ready for revenge Christmas. After so many in the US, UK and Europe missed out on celebrations last year, consumers are keen to compensate this holiday season.

Retailers have found themselves in the unusual situation of their supply struggling to keep up with demand. It’s the first time even seasoned shopkeepers have seen anything like it.

With many people vaccinated, and still relatively few restrictions on movement despite the Delta wave, Americans and Europeans are expected to socialise much more this year. And they’re ready to splash the cash. Personal balance sheets remain robust, thanks to savings accumulated during lockdowns and ongoing tailwinds from stimulus payments.

Shops are already preparing for a busy season. The return of large gatherings means party food is set to be a hot commodity. Retailers are poised to offer more products including fancy meat and vegan centrepieces, indulgent desserts and pre-mixed cocktails. Other chains are offering big and expensive tree trims to get homes Instagram ready.

Overall, Mastercard SpendingPulse expects US retail sales to be up by 7.4% between November  and December 24 compared with 2020, and to increase by 11.1% from 2019. (It bases estimates on its own customer spending data as well as other payment types.) It doesn’t provide a dollar amount for this projection, which includes restaurants, but excludes travel, vehicles and fuel. But at the expected level of expansion, holiday 2021 would set a sales record.

Unlike past festive seasons, when retailers have had to tempt people to spend with bargains and other deals, this year demand won’t be an issue. It’s filling the shelves that will be the big challenge. With disruption to manufacturing and ports in Asia, as well as labour shortages closer to home, retailers may be hard pressed to ensure they have enough of the products that shoppers want to buy. Virus variants such as Delta and Mu are also another source of uncertainty.

To avoid shortages, companies are ordering earlier than usual and building up their stocks. Target said it had planned further ahead and ordered bigger quantities of goods upfront. Going into autumn, it has $2.5bn more product than it did a year ago. Rival Walmart’s US inventory was also up 20% at the end of its second quarter.

The past 18 months have shown that it’s good to keep some flexibility in your supply chain — for example, by ordering a certain number of dresses now, with the option to buy more later. But amid supply disruptions, retailers are worried about losing sales if they don’t have enough stock at the right times. Take Victoria’s Secret: its ideal trading position is to buy about half of its stock in advance, leaving the rest to be purchased during the season. This year, it went into autumn with 75%-80% of its stock secured.

Backing the biggest trends, such as the most in-demand toys, is also wise — even if it means cutting down on other items. That could see stores offer shoppers less choice. When it comes to food, supermarkets are so far still planning to offer a broad range of festive favourites, though fewer variations of goodies such as pigs in blankets is a possibility if supply constraints get worse.

These coping mechanisms come at a cost. Building stock ties up cash, and transporting goods by air, which some retailers are springing for, is more expensive than sea freight. As for fashion businesses, ordering more at the start of the season injects more risk: If apparel retailers bet big on an item and it doesn’t sell, that leaves a lot of stock needing to be marked down.

The flip side is that consumers are likely to buy early to get what they want. That means retailers won’t have to discount as much as in the past. Say goodbye to pre-Christmas sales and perhaps even some Black Friday offers. The fatter margins from fewer markdowns should help offset higher costs.

Stores and consumer groups should make the most of it. Shoppers may be prepared to absorb higher prices in the run up to Christmas — as everything from artificial trees to children's’ clothes gets more expensive — particularly if they are compensating for a lost 2020 holiday. But if the traditionally lean days of January are accompanied by continued inflation, including higher energy prices feeding through to household bills, then people may be forced to pull in the purse strings.

This will test whether revenge spending hangs around longer than the gift wrapping.