Politicians aren’t averse to using wars to distract voters from domestic issues. Now, the US president could use a pressing matter at home to divert attention from a messy foreign one 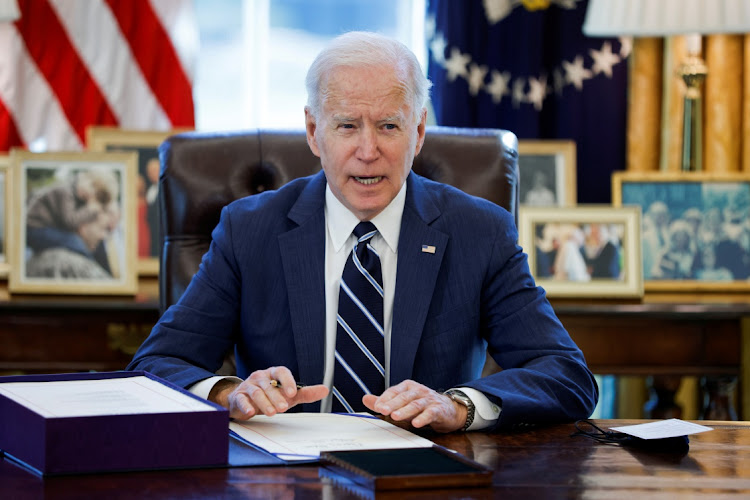 It is a cliché of politics that when things are going badly for a political leader a convenient war can help distract voters from an unsightly mess one would rather they not look at.

Leaders from Margaret Thatcher to George Bush and Bill Clinton have reaped the political benefits of war. One could argue that Clinton started the entire war with Al-Qaeda by launching missile strikes on a powdered-milk factory in Somalia to distract from his (very) domestic problems.

The Joe Biden presidency of the US clearly ran into problems over the withdrawal from Afghanistan. While much nonsense has been talked about how the Biden team handled the exit from America’s longest war, the reality is that it while Biden did not start the Afghan war or negotiate its end, he has been the one left with egg on his face.

Various surveys have shown that Americans don't really care about the war, and politicians have assumed that Biden was thus in the clear to beat a prudent retreat from the graveyard of empires. But something Americans do care about is looking weak, looking like they have been beaten — and that is what Biden appears to have delivered.

The last thing the Democrats want as they skip towards the midterm elections is endless TV about the exit from Kabul, one story after another about allies left behind or the antics of the Taliban now that they are in charge. This could be death by a thousand cuts for the Democrat cohort. So what is needed is a war. Something to seize headlines and divert attention.

And the good news for the current occupants of the White House is that the Republican party may have supplied one. This is also probably good news for the population of a random country that otherwise might have been bombed flat. The recent law passed in Texas to almost completely prevent women from any access to abortion was the first shot of this war. It prevents almost any termination after six weeks, a point at which most women are not even aware they are pregnant.

The legislation also includes the Orwellian/Handmaid’s Tale provision for ordinary citizens to be paid a bounty if they turn in a woman who has broken this law by ending a pregnancy. It’s not clear yet if they will be paid extra for shouting “Shame! Shame! Shame!” while doing so, but doubtless further legislation will clarify that. Whether these women will need to wear a scarlet letter or yellow star isn’t specified either, but such addendums are surely not out of the question once Donald Trump’s supreme court gets involved.

Other southern states are also well on the way to effectively overturning Roe vs Wade, and removing reproductive rights from the women who do the actual reproducing. Mississippi, Louisiana — and Missouri in the Midwest — have implemented legislation specifically designed to do this.

The problem for Republicans is that while this agenda is popular within their political base, it is highly unpopular outside it. The Pew Research Centre has found that 60% of Americans think abortion should be “legal in most or all cases” and polling by Associated Press/NORC has confirmed this.

The involvement of the supreme court in upholding the Texan laws has catapulted the issue onto the national stage, where Biden must surely be standing in the front row applauding as loudly as a parent at a school play. The more television coverage and internet chatter can be about reproductive rights and not about foreign policy, the better for him.

There are already signs that Biden is heading down this road. While drone strikes in El Paso or deploying the 4th Armoured Division to Houston are unlikely, the manner in which Biden’s attorney-general, Merrick Garland, has launched an un-covert first strike against the abortionistas (by stating that he will do everything in his considerable power to fight the law) shows that troops could be mobilised.

Fun Fact 1: The non-Republican centrist Garland would have actually been on the supreme court and almost certainly struck down this law had Republicans not gone to the trenches to block his appointment by Barack Obama.

A pitched battle over the issue (perhaps led by Garland) might ensure that when the midterms arrive voters are talking more about what’s happening in Kentucky than Kabul. Given the Republicans’ stated intention to make the election about the “disgraceful” withdrawal from Afghanistan, some savage trench warfare around Roe vs Wade could suit the Democrats rather nicely.

And when one considers the percentage of Americans who fully support access to abortion, the US president may have a far better chance of eventually winning that war than anyone had of winning the one he is now exiting.

The package, estimated to raise more than $2-trillion, is slimmed down to appeal to business-minded Democrats
World
2 months ago