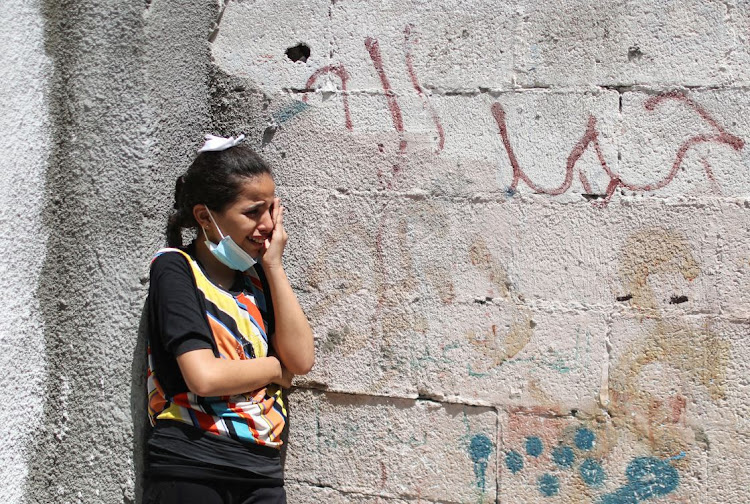 As the coronavirus spread through Europe last year, cartoons and posts appeared on French social media that might as well have come straight from the 14th century. In one series, Agnes Buzyn, who is Jewish and was France’s health minister until February 2020, was depicted with grotesquely distorted features dropping poison into wells.

This trope of Jews poisoning wells to kill Christians has made the rounds in most European epidemics since the Middle Ages, but was particularly rife during the Black Death, when it led to pogroms and massacres of Jews throughout the continent.

The meme is just one example of a shocking, if sadly unsurprising, surge in anti-Semitism that correlates with the pandemic. That’s the disturbing conclusion of a new report by the Institute for Strategic Dialogue, a think-tank, for the European Commission.

The authors mined French and German posts on Twitter, Facebook and Telegram between January 2020 — that is, just before Covid-19 first surged in Europe — and March 2021. They looked for content that’s anti-Semitic according to a definition by the International Holocaust Remembrance Alliance. They found not just Petri dishes of hatred but entire cesspools.

In both countries, anti-Semitic tropes and memes soared during the pandemic. In France, where Twitter was the preferred medium for this bigotry — at least until the social network tweaked its policies — the number of anti-Semitic posts increased seven-fold; in Germany, where Telegram appears to be the platform of choice, it went up 13-fold. The likes, shares and retweets counted in the millions, the views in the billions.

While the delivery vehicles may seem whizz-bang modern, the narratives are depressingly hoary. The well-poisoning theme is ancient. But it’s now morphing into storylines that try to recast SARS-CoV-2 as a “Zionist bioweapon” — by fabricating Jewish links to laboratories in China, for instance.

A German channel on Telegram with more than 34,000 followers doctored videos as alleged “proof” that the virus was bioengineered to hurt only gentiles. “Corona is not for the Jews!” the channel’s owner wrote. “Only for the goyim! That’s what they call us!” On another channel, users claimed that “Virology was invented by the Eternal Jew” — a reference to a Nazi propaganda film.

A contradictory meme is somehow circulating in parallel. It says that SARS-CoV-2 either doesn’t exist at all or exists but is harmless, and is instead a figment invented by Jews and the gentiles they have corrupted — such as Bill Gates or the Clintons — in their quest to control entire populations and establish a “New World Order”.

This so-called NWO genre of anti-Semitism also taps into an ancient narrative, one that was most notoriously exploited by the “Protocols of the Elders of Zion”. This entirely fictional text, produced more than a century ago in Russia and translated into many languages, pretended to document how Jews were making secret plans to rule the world by manipulating the media, finance and government.

In some of anti-Semitism’s current strains, vaccination is the alleged tool chosen by the conspiracy — Albert Bourla, the Jewish CEO of Pfizer, features prominently in these libels. Some posters claim the vaccines are meant to kill or sterilise gentiles. To get around obvious logical hurdles such as Israel’s pioneering role in mass inoculation, other users fantasise that the Israeli shots are only placebos.

On and on it goes, in never-ending loops of paranoia and delusion. The researchers had to restrict themselves to a small sample of countries and social networks. But from that, we can extrapolate how much of this garbage is out there.

The study’s authors felt compelled, as one does, to offer thoughts on regulatory or legal tweaks to mitigate the problem. And the social networks, for their part, should certainly think harder about how to drain their cesspools of bigotry while still hosting legitimate free speech.

But the sad truth is that even as human technology keeps bounding ahead, human nature and culture lag woefully behind, often literally in the Middle Ages. If only there were a vaccine against stupidity and hatred.