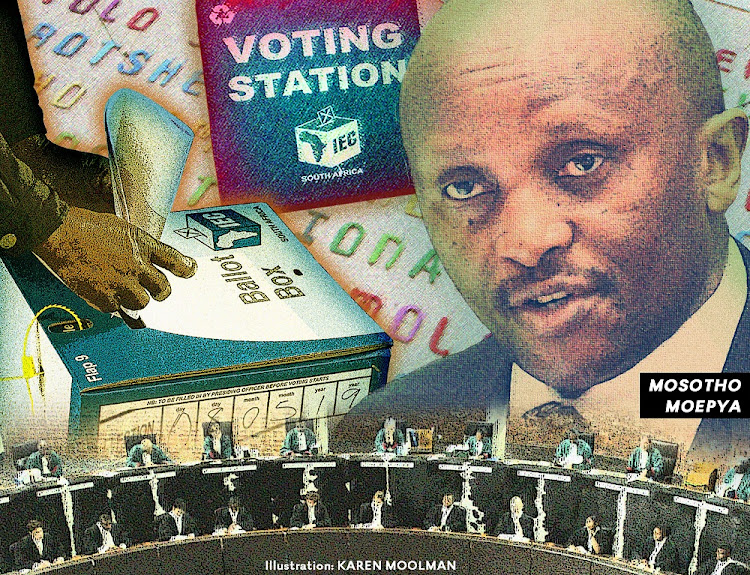 The Constitutional Court issued its order on the request by the Electoral Commission of SA (IEC) for the postponement of the 2021 municipal elections on Friday, and as expected the judgment was met with mixed reaction.

This was particularly so because some political parties missed the deadline for submission of their candidate lists and hoped the Constitutional Court would allow them an opportunity to resubmit. Some that did not want this to happen preferred the order to mean that parties that missed the deadline would not be given a second chance.

These vested interests have turned this into an emotive issue, and the Twitter streets have become a battleground between the two opposing views. Such an issue is better discussed without mentioning the names of parties that will benefit or not benefit as a result of this order. I know this is easier said than done, but I will try.

I was surprised at the IEC’s logic in its interpretation of the Constitutional Court order and especially puzzled by IEC commissioner Mosotho Moepya’s stance that parties whose candidates have died since their nomination can replace them. This is not how the electoral law works, and Moepya should know better. A candidate who dies, even minutes after the cut-off time of the candidate nomination process, remains on the ballot, and if such a candidate wins an election a by-election must be called.

Equally true is the fact that a voter who registers after the voters roll has closed remains registered but is ineligible to participate in the election that has been called. It therefore stands to reason that a person who registers as a voter and wants to be a candidate after the candidate nomination process has closed is also ineligible. To qualify as a candidate one must submit a letter of intention to contest the election, together with a deposit, before a cut-off time specified in the election timetable.

Almost everyone agrees that the IEC should reopen for voter registration, but this is where the agreement ends. The voter registration process does not necessarily lead to a candidate nomination process. The logic put forward by some, that denying a potential candidate who is registered after the Constitutional Court order the right to stand for election would be a violation of their individual rights, is not supported in law.

The reason is that to qualify as a candidate one must meet the requirements of section 14 and section 17 of the Municipal Electoral Act. If the time frame has passed, a party or individual cannot possibly expect the commission to bend the requirements of sections 14 and 17 of the act. This was confirmed by the courts in a case involving the National Freedom Party in 2016.

As I have already indicated, this scheme of things is not unique to the candidate nomination process. A voter who registers after the voters roll has closed will also not be able to participate in the election. This does not mean such a voter is being disenfranchised, it is simply how the law is structured.

The Constitutional Court invalidated the minister’s proclamation of October 27 as the date of the upcoming municipal elections, but did not do so with regard to the IEC’s published election timetable. Instead, the apex court confirmed the election timetable published on August 4 as valid and applicable.

The court went further and pointed out that even though the IEC has the power to amend the election timetable under section 11 of the Municipal Electoral Act, it must be cognisant that the timetable it issued on August 4 remains valid and applicable, and any amendment must bear this in mind.

Simply put, the IEC was being told that even though ordinarily it has the power to amend the election timetable, the timetable it issued on August 4 must be the basis for any amendments that are made. But why would the court insist on this, when a voter registration weekend and the new proclamation by the minister will affect the election timetable anyway?

Some have argued that the Constitutional Court did not invalidate the timetable because it did not want to intrude on the powers of the IEC. But how could this possibly be, when in the same order the court opened voter registration from September 3 to September 10? The court went even further, telling us where we must register — at municipal offices.

The only two things that had already happened and the apex court had explicitly dealt with were the closure of the voters roll and the minister’s proclamation. Now does this make sense?

• Tselane, a former deputy chair of the Electoral Commission of SA, is executive chair of the Institute of Election Management Services in Africa.