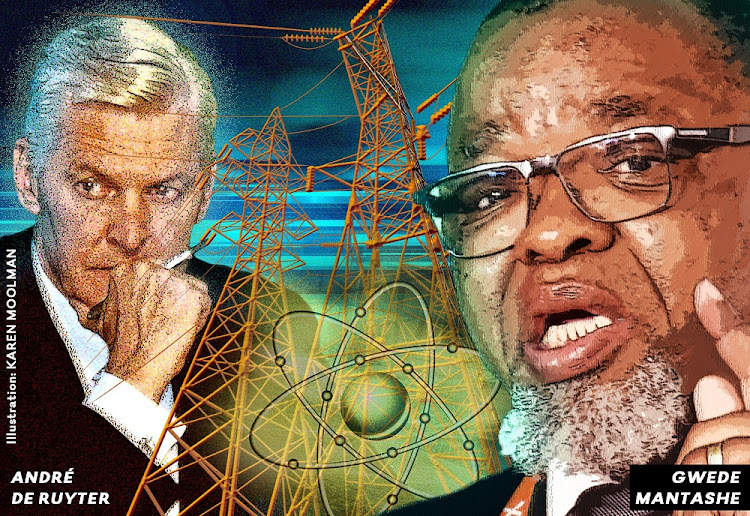 The recent report by the International Panel on Climate Change (IPCC), the forthcoming COP26 global summit in November, the initial proposals by the Presidential Commission on Climate Change, and the work being done to shape SA’s “nationally determined contribution” (NDC) to COP26, all testify to the seriousness with which the world and SA are viewing global warming. What can SA — a developing country and one of the largest emitters of greenhouse gases per capita in the world — do to move the needle on climate change?

To begin with, there needs to be more policy certainty about the road ahead. The recent clash between Eskom CEO Andre de Ruyter and mineral resources & energy minister Gwede Mantashe suggests there is conflict at the heart of a future climate and energy policy for SA, which needs to be resolved. Though the IPCC report again recommends urgent remedial action by the world, it also warns against one-sided thinking in the climate debate. Policy should not be polarised into “all-or-nothing” choices. Too often numbers are used to impress rather than to inform.

The arguments do not all run one way. Emphasis has rightly been placed on the negative effects of climate change — higher average global temperatures and rising sea levels by 2050. But there are also upsides, including the likelihood of longer growing seasons and increased precipitation. Furthermore, increased concentration of carbon dioxide may accelerate plant growth. The IPCC report also mentions that more CO2 has acted as a fertiliser, helping to green the planet.

But more immediately, there is a conflict between economic growth and environmental goals, where the entitlements and liabilities are far from clear. This means the wish list of what is being sought environmentally has not been vigorously tested against the trade-offs required, given the socioeconomic circumstances of a country such as SA. The debate and subsequent policy decisions are thus likely to be lopsided. Ideally, a full range of incremental and consistent options ought to be considered to reduce risks and maximise new green opportunities — such as eliminating import duty on electric cars.

SA also needs to weigh its other socioeconomic goals, especially on the job creation front. Meeting green goals will not be a frictionless process. Hence, Mantashe could plausibly argue in parliament that he did not share Eskom’s enthusiasm for shutting down coal plants early and replacing them with renewable sources of energy, which he described as “a strategy akin to economic suicide” in view of SA’s plentiful coal reserves. And now the decision to put the nuclear build programme out to tender next year has unleashed fresh controversy.

However, SA wanting (in current terminology) a just transition to a greener economy could imply that trade-offs will indeed eventually be needed, both domestically and globally. The challenge now is to bring environmental concerns more explicitly and visibly into economic calculus in ways that support the tough decisions needed for a just transition, including in terms of global competitiveness.

The focus needs to be on the “how” of what is to be done, not whether climate change needs to be seriously tackled. However, successfully managing the implementation of sensible climate change policies requires additional inputs. SA’s forthcoming NDC commitments need to be unpacked and their costs and benefits to SA critically interrogated. Policy prescriptions to reduce emissions of greenhouse gases can either be adaptive or pre-emptive and SA needs the most appropriate combination.

What, for example, is the optimal balance between “command and control” measures and market-related mechanisms when tackling climate change in SA? A useful guideline is that where feasible, market mechanisms should be preferred over legislation targeting specific technologies and productive processes. Policy tools here include carbon taxes (which SA has already imposed) and tradable emission quotas. Using market-related measures to determine compliance against national standards gives business the flexibility to choose the most cost-effective methods. It also makes fewer demands on brittle state capacity.

Moreover, tackling global warming generally presents an unusual set of challenges to policymakers, who must find the right mix of taxes and subsidies. In SA this has to happen within a sustainable fiscal framework dominated by limited spending room and competing priorities. The implicit, all-too-frequent assumption is that while the risks of environmental damage are high, the economic costs of avoiding them are modest. An emerging economy such as SA should therefore insist on global financial assistance to facilitate such a just transition. SA must continue to emphasise that global co-operation is needed to avoid the “free rider” problem in reducing greenhouse gases.

Scepticism about the prospects for climate change policies is warranted, as such policies may be justified in an aggregate sense but be inimical to a country’s interests when examined in isolation. The new climate announcements being made by various countries regarding their revised commitments in preparation for COP26 call for critical scrutiny. “The array of different benchmarks and definitions,” says The Economist, “can obscure how ambitious each country plans to be.”

We should not be blind to the strong strategic leadership needed to persuade the SA electorate to accept the inevitable interim costs of a transition to a greener economy — which will be especially difficult after the huge human and economic costs of a devastating pandemic. In France a couple of years ago proposals to raise special fuel levies for climate change purposes triggered street riots and had to be abandoned. In a recent Swiss referendum similar proposals were also rejected. SA’s experience with the Gauteng toll roads should remain salutary.

All this suggests that it would help to build more consensus and credibility around SA’s climate change agenda, and this should happen sooner rather than later. We want to avoid a possible public backlash against overambitious environmental goals that are not properly costed at the outset. This demands that extra homework be done by the Presidential Commission on Climate Change, perhaps in consultation with the president’s Economic Advisory Council.

It is possible to imagine a climate plan for SA that adds up. But then the Punch & Judy show on the direction of the country’s energy policy must cease and consensus must be forged. SA needs honest, realistic energy and climate change policies that are smartly managed — otherwise, there is a danger that the public will soon ask: “Are these hardships really necessary?” Resistance will build and a laudable, anti-global warming programme may sadly founder.

• Parsons is a professor at the North-West University Business School.