By failing to resolve police inefficiencies, government ensures that women continue to live in unsafe and often deadly environments 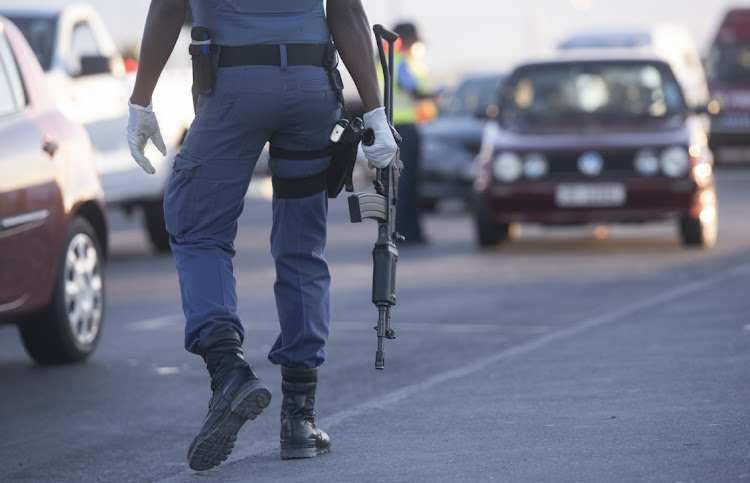 Little has changed since the release of the Khayelitsha commission of inquiry report on August 25, 2014, which contained 20 recommendations made by commissioners Kate O’Regan and Vusi Pikoli to resolve policing inefficiencies and improve the relationship between police and the people of Khayelitsha.

It is noteworthy that the SA Police Service (SAPS) has a constitutional obligation to protect the lives of South Africans, and to uphold and enforce the law. Yet seven years after the release of the report, the primary issues that resulted in the establishment of the commission remain unresolved. Poor and working-class communities remain trapped in an unending cycle of crime and violence. By failing to resolve police inefficiencies, government ensures that women, in particular, frequently have little choice but to continue living in unsafe, often deadly, environments in SA.

Yet, if implemented, the report's key recommendations would undoubtedly reduce crime in Khayelitsha and many other similar communities around the country.  Recommendation six of the commission report states that the provincial commissioner should issue guidelines for visible policing in informal settlements and neighbourhoods. This recommendation has not been implemented, leaving space for violent crime to continue unchecked in informal settlements due to a dearth of visible policing.

It is important to note that a call for visible policing in informal settlements is a call for policing that works for the people it serves. This means ensuring militarism, xenophobia, gender bias and other multilayered forms of exclusion and discrimination are permanently removed from policing practices. Had these guidelines been implemented as was recommended by the commission, the mounting list of crime victims would not be deprived of justice, at the very least.

Crime and violence are gendered, and as such these experiences have particular direct and systemic effects on women and other marginalised groups in Khayelitsha and neighbouring informal settlements. Recommendation seven of the commission called for a revision of the police system for determining the theoretical human resources requirement of police stations, and the urgent reallocation of resources to the three police stations situated in Khayelitsha. The failure to do this has resulted in gendered crimes, in particular, not being treated with the required urgency. This not only worsens marginalised people’s experiences with crime, victimisation and fear, but  ultimately leads to distrust of the criminal justice system.

This view is consistent with some of the testimonies before the commission by women who expressed fear of moving around the area due to high levels of violence and unresponsiveness on the part of the police, in part due to insufficient human resources. Women also often experience a second form of victimisation when reporting crime in police stations. During the commission commemoration event that took place on August 25, one of the attendees, a member of a Khayelitsha community, spoke of an incident where a policeman demanded sexual favours in exchange for opening a docket for a crime she was reporting.

In 2016 the Social Justice Coalition (SJC), Nyanga Community Policing Forum and Equal Education launched an application (SJC v Minister of Police 2019 (4) SA 82 (WCC)) in the Equality Court to challenge the allocation of police resources in terms of the Promotion of Equality and Prevention of Unfair Discrimination Act. The main objective of the application was to compel the police to revise their approach to resource allocation in Khayelitsha and neighbouring informal settlements. The SJC’s view is that implementing recommendation seven will facilitate the implementation of all of the other recommendations.

The court held that the allocation of police resources was both irrational and discriminatory in that it provided more officers to stations servicing wealthy suburbs with low contact crime rates, and fewer to stations serving poor, mainly black communities with high contact crime rates. The result, then and now, is that residents of these communities are less safe, more at risk of crime, and their constitutional rights are more likely to be violated. This ties to recommendation 14 of the commission, which addressed the policing of domestic violence in Khayelitsha.

This recommendation states that the three Khayelitsha police stations (Site B, Lingelethu and Harare) had difficulty complying with the obligations imposed upon them by both the Domestic Violence Act and the Protection from Harassment Act. As a result, women felt that the police in Khayelitsha treated domestic violence as a private, rather than criminal, matter. It is easy to single out individual police service members who do this, but it is clear that this response cannot be read outside of systemic analysis. Women’s safety is not prioritised, and the police continue to operate in ways that do not mainstream gender and gendered experiences.

The first-quarter crime statistics released by the police minister recently revealed that most assault cases occur in the home of either the victim or the perpetrator. This shows that this kind of violence is of an intimate nature, with the victim and perpetrator more than likely knowing each other. However, the police have failed to deal with these cases with the urgency that is required. In 2018/2019 it was reported that more than 140,000 applications for protection orders were made. Yet only 22,000 were granted. This further illustrates the extent to which policing and criminal justice are failing our communities, especially women, children and LGBTQI+ persons, who are the most vulnerable.

In addition, recommendation 19 sought to address the understaffing and under-resourcing of the two police stations in Khayelitsha by recommending the building of a new station in Makhaza. The national and provincial governments promised to build a police station for residents of Makhaza, yet seven years later there is still no police station in sight. In 2019, the SJC built a short “hall of hope” on the land that was allocated for the Makhaza police station, the objective being to remind the people living in informal settlements to not lose hope and that one day government will fulfil its promise to residents.

In various community workshops and events held by the SJC it has become clear that people are disheartened with the lack of implementation of these recommendations, and others. Thus, the SJC curated the commemoration event to enable a space for the speakers and community members we work with to think about what the way forward looks like in the face of non-implementation.

It is important that we all continue to call for the implementation of these recommendations, because as history has taught us police resource inefficiencies and various other systemic factors have taken many people from us, casualties of crime and violence.

• The authors are with the Social Justice Coalition.

How many murderers have been ANC members or held public office over the past decade? And how do we feel about that?
Opinion
11 months ago

‘Known mafiosi’ are at the centre of a deadly battle in Cape Town, and struggling workers are the victims
News & Fox
1 year ago