CHRIS HART: Townships and small business must get more than just financial band-aid 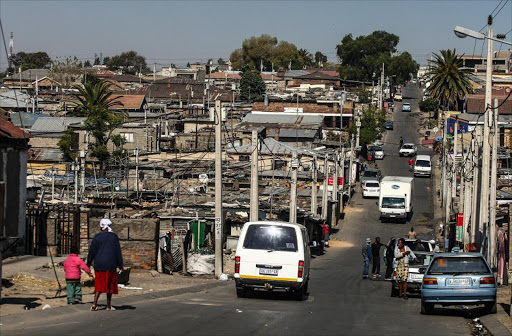 After the chaos and violence of July we are seeing the rebuilding of the malls and spaza shops, factories and warehouses, and property and infrastructure destroyed in the rioting.  Compensation funds are being fast-tracked for businesses worst hit by the unrest, which occurred mainly in Gauteng and KwaZulu-Natal.

So far, so good. But what of the underlying causes of the riots, the township squalor and hopelessness, the lack of jobs, and inadequate access to capital for township entrepreneurs? The arrest of former president Jacob Zuma may have been the spark that lit the tinderbox, but there was no shortage of volunteers for the looting and destruction.

However awful the devastation, and however contemptible those who were pulling the strings, there has been some cause for hope. It was encouraging to see how communities across the spectrum stood up against the uprising.  This was an opportunity for civil society to transcend the government incompetence that has been imposed on us and defeat the forces of anarchy.

I think the protests were organised, and exploited the disaffection over lockdowns and job losses. But the uprising had a short lifespan and sober reality took over quickly, leaving the plotters exposed to how little support they had.

The tsotsis within government thought they had wider appeal and support than they actually had. They can be acted against. If the forces of law and order are alert they will act more speedily and more visibly against agents provocateurs in future.

Our prisons are overcrowded, but I am sure space can be found for such deserving new arrivals. Seeing the food shortages that were caused by the rioting, more people started to get at least some rudimentary, grassroots understanding of how an economy works. Supply chains matter, and if you worked at a place that was burnt down your job may no longer be there.

There is an additional realisation that bigger job losses have taken place among those small, medium-size and micro enterprises (SMMEs) that did not have robust balance sheets and the backing of the larger national chains. Makro and Shoprite Checkers stores will re-establish themselves. But the small spaza shop will not necessarily be able to rise from the ashes.

That is where the biggest part of the recent tragedy lies. The most vulnerable in society carry the biggest burden. In the political economy arena there is a strong realisation of the culpability of the governing party — that it is distinctly part of the problem. There is a very real danger to the ANC of it losing — at a minimum — two more provinces to opposition parties.

Meanwhile, we are starting to see a distinction between public and private sector service delivery. The security side of public service delivery is an important cog in the ability of private service delivery to perform. Communities are experiencing a lack of security. This is not just about water and electricity, but concerns bread as an easily available resource within a community.

I am encouraged by what I have seen as our blackened-out malls are beginning to rise, Phoenix-like, from the ashes with the rebuilding. However, there were problems even before the riots and it is more urgent than ever to tackle them:  it is clear the SMME sector needs all the support it can get.

It is not just a matter of restoring, but of rebuilding as well. While this has been an opportunity for communities to reach out to each other, the challenge is far wider than just rebuilding malls and restocking shelves. Whole townships need help.

This was the case before, but if anything it is even more urgent now that we have seen what can happen when poverty, despair and anger are allowed to boil over. We need more than just financial band-aid. We need large scale, sophisticated and sustained support to do more than just rebuild what was there before the riots.

There is an urgent need for support mechanisms to enable grassroots entrepreneurs and fledgling start-ups to get access to capital — this simply does not exist at the moment. The recent withdrawal of the section 12J venture capital incentive was extremely ill-considered given the absence of any alternative mechanisms for SMMEs to access capital.

It now looks like genuine SMME funding is going to have to be sought from offshore sources due to the extreme financially repressive measures imposed on the local financial markets. We and other venture capital enablers are looking to establish new mechanisms, independent of government interference and financial repression, to be an enabler for SMME capital-raising — involving crowd-funding mechanisms and tapping into less restrictive offshore markets.

We were active in the township of Alexandra before the riots, and we continue our efforts to ensure that after one backwards step, however dramatic, there can be two steps forward. And then two more.

Why a basic income grant would bust the budget

A R100m tax bill, R71m in outstanding provident fund contributions, and two months of unpaid staff salaries — It’s no wonder the ANC has turned to ...
Features
8 months ago

BIG READ: PETER HAIN: It is unsustainable to spend 70% of tax on public wages and servicing debt