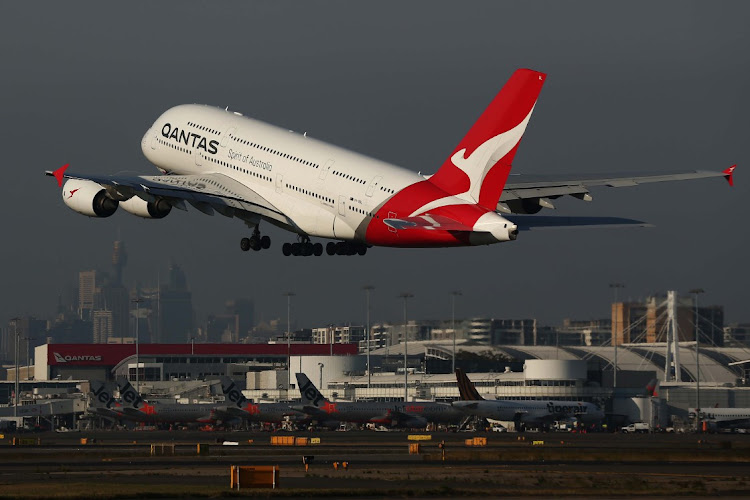 In an industry facing its biggest crisis since the dawn of jet aviation, Qantas Airways has been having rather a good pandemic. It’s the return to normalcy it needs to worry about.

Shares rose 3.5% on Thursday, the biggest increase in a year, in spite of the announcement of a A$1.83bn annual loss. One reason for the buoyant mood is that the domestic business managed to provide A$304m of underlying earnings before interest, tax, depreciation and amortisation, despite running at half its normal capacity.

Depreciation subtracted a hefty A$1.92bn, but that’s in some ways more a quirk of accounting policies than a true reflection of the way the assets deteriorated. Qantas writes down the value of its planes by the same amount each year. With only about a fifth of the capacity flown in the 12 months through June relative to pre-Covid levels, that theoretical charge doesn’t reflect the minimal wear and tear incurred.

That robust performance is a testament to the company’s unassailable position in one of the world’s largest aviation markets. With main rival Virgin Australia going bankrupt last year and now controlled by Bain Capital, there are no serious challengers to Qantas’s 70% share of the domestic market. Free cash flow after operating and capital costs came to A$254m in the six months through June, a remarkable achievement in the circumstances.

The problem for Qantas is the call of the wild. International aviation is a perennial temptation for the Australian carrier, and one that rarely does much to help the bottom line. On Thursday, CEO Alan Joyce announced plans to restart flights to Singapore, Japan, the US, UK, Canada, and possibly New Zealand by the middle of December, followed by Hong Kong in February and destinations across Southeast Asia by April at the earliest.

The allure of such long-haul flying is undeniable. Qantas has for years marketed itself to Australia’s footloose diaspora with tear-jerking images of hugs at baggage carousels and cabin crew smiling a welcome home. Its latest advertisement — replete with unmasked passengers jetting off to a wedding in Singapore, a long-delayed trip to Disneyland, and a reunion with a faraway daughter — is no exception.

The impact on profits is likely to prove less heartwarming. Without the quasi-monopolistic status it enjoys domestically, international aviation has always been a lower-margin business. Compare, for instance, its earnings before interest and tax, per seat, per kilometre. In the 2020 financial year, domestic routes yielded about 0.7 Australian cents of profit on that basis, roughly a third of what they would make in a year not hit by months of pandemic. International routes, however, attain only 0.5c or 0.6c in even a good year, and slipped to 0.1c in 2020 (both markets slipped into the red over the past year, helped along by that slug of depreciation).

The return to normal conditions will be slow and halting. Australia’s two biggest states are still locked down in the grip of the worst outbreak since the start of the pandemic, and Qantas is having to look at flying some long-haul routes into Darwin instead of Perth because the latter city, along with the rest of Western Australia state, has largely walled itself off from the rest of the country to protect its Covid-free status.

For all that Australians stuck at home may yearn for a trip to Singapore or Disneyland, there’s also the problem of who’s going to be on the return flights. Tourist traffic is likely to be minimal as long as arriving travellers still have to spend 14 days in quarantine. In theory, that situation might ease up as vaccine uptake improves from the current 54%, which seems to be happening rapidly. About 5% of the over-16 population received a first dose within the past week alone. Still, it’s unlikely that borders will open substantially until well into next year, and even then, international aviation may not return to normal conditions until 2024.

Things will be yet more challenging with Qantas hoping to return its Airbus SE A380s to service. Carriers struggle to fill those aircraft to profitable levels at the best of times, and these aren’t the best of times. There’s little first-mover advantage here, either. Rival airlines overseas will be fighting just as hard to re-establish themselves, often with the sort of lavish government backing that’s helped the likes of Singapore Airlines weather the crisis.

As passengers, we should be grateful for carriers that are prepared to take a risk reconnecting the world after two years of pandemic. As investors, Qantas’s shareholders may end up wishing the business had stayed locked down at home.

The airline did cut back its global schedules, especially to markets that were closed to international flights
Business
11 months ago

For the past 16 months Phil Parsons, like many others working for grounded airline SAA, has had to look elsewhere to make ends meet. He could be in ...
News & Fox
1 year ago