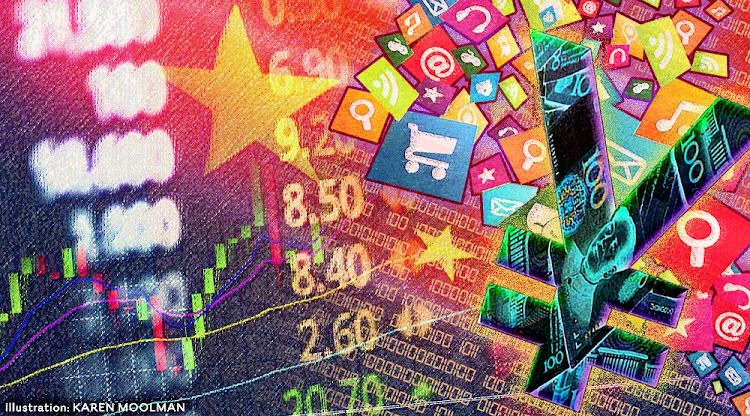 Recently there have been widespread concerns in SA and other countries over China’s efforts to strengthen regulation of the platform economy and the tutoring sector.

China’s rationalised regulation is essential for more robust antimonopoly measures. At present the international community is concerned about the excessive power and influence of technology giants, which hinders innovation and competition and increases economic inequality. Antimonopoly regulations globally have thus been strengthened.

Ever since this year the US and EU have introduced a series of antitrust bills and policy documents to enhance antitrust efforts. Antimonopoly practices also exist in SA. The control over data fees and food prices imposed by big corporations here has safeguarded consumers’ rights and interests. Monopolistic actions in the platform economy is also a matter of grave concern for SA’s Competition Commission. No country can turn a blind eye to the negative externality of the emerging digital economy.

In recent years China has called for strengthening antimonopoly measures on several occasions. The 2020 Central Conference on Work Relating to Economic Affairs identified “strengthening antimonopoly and preventing disorderly expansion of capital” as one of the eight main tasks for 2021. The 14th Five-Year Plan and Long-Range Objectives Through the Year 2035 also include clauses on several “antimonopoly” measures and propose to “increase judicial efforts in antimonopoly and anti-unfair competition enforcement”.

Recently the ninth meeting of the Central Finance & Economics Commission stressed that it is important to balance development and regulation, better co-ordinate development and security as well as domestic and international dynamics, promote fair competition, oppose monopoly, and prevent the disorderly expansion of capital.

The platform economy is the new driving force of China’s economic development. The ultimate purpose of regulation enforcement is to further stimulate innovation and development vitality of platform companies, and to give the way for the platform economy to develop in a law-abiding, innovative, sustainable, healthy and high-quality manner. A series of policies to this purpose has already had a positive impact, with two Chinese giants, Alibaba and Tencent, reaching out to and co-operating with each other to serve consumers more effectively.

China’s enhanced regulation aims to enable development achievements to benefit all people. Chinese Communist Party general secretary Xi Jinping has repeatedly stressed the need to adhere to a people-centred development philosophy and promote common prosperity through high quality development. The people-centred philosophy is the underpinning of the party, which serves the people, not capital, and represents the fundamental interests of the overwhelming majority, not any interest group.

We have always been committed to promoting people’s wellbeing. We believe development is for the people and relies on the people, and the benefits must be shared by the people. As China continues to improve its regulatory mechanisms we bear in mind the law-abiding and healthy development of industries, network data security and people’s livelihoods.

Take the education sector as an example. We put in concrete measures to reduce homework and off-campus tutoring for students in compulsory education. We regulate off-campus tutoring institutions according to the law, and work to prevent excessive profit-seeking. These measures are fundamental for education. They are important initiatives conducive to safeguarding people’s livelihoods and promoting long-term economic and social development.

China’s strengthening of regulation helps promote sustainable science and technology innovation. The current global economic and financial situation is going through profound changes. The pandemic has accelerated the birth of new technologies, industries and new forms and models of business. Scientific and technological innovation has become the main driver of the high-quality development of the global economy against the backdrop of the Covid-19 pandemic.

Proper regulation can help promote the sustainable application of innovations. China adheres to the new development philosophy throughout the development process and in all fields. We focus on improving quality, efficiency and adapting to new driving forces. We promote healthy and vigorous development of the hi-tech industry by strengthening effective regulation and guidance for technology companies.

Facts speak louder than words. In 2020 the number of Chinese digital platform enterprises worth more than $1bn reached 197. Also, the digital economy totalled about $6-trillion for the year. In the first half of this year the added value of China’s hi-tech manufacturing industry rose 22.6% year on year, and investments in hi-tech industries increased 23.5%. The output of such industries as new energy vehicles, industrial robots and integrated circuits grew 205%, 69.8% and 48.1% year on year respectively. The number of new market entities exceeded 30-million for the first time.

China’s innovation-driven development has gained strong momentum, with the successful landing of the Tianwen 1 probe on Mars, the successful launch and docking of the core module of the Tianhe space station, the Tianzhou 2 cargo spacecraft, the Shenzhou-12 manned spacecraft, and the commercial operation of the Hualong-1 third-generation autonomous nuclear power plant. All these achievements demonstrate that the Chinese economy will continue to have more innovation-based growth.

China’s high quality economic development brings greater opportunities for Africa’s development. In the first half of this year China’s foreign trade volume grew by a record high ratio of 27.1%. The actual usage of foreign investment grew at a rate unseen in the past decade. The number of large projects with new or additional contracted foreign investment of more than $100m amounted to 602, up 81.3% year on year.

The June issue of Global Economic Prospects by the World Bank predicts that China will be the big economy with the highest year on year growth rate in 2021. China’s contribution to global growth is expected to exceed 25%. These figures show that China remains attractive for foreign investment, and foreign investors have greater confidence in the Chinese economy and market.

Naspers, together with its portfolio on the Chinese market, has been growing and making achievements alongside Tencent. Its success story is an epitome of foreign investment in China. China has never wavered in its drive to further open to the outside world and further improve its domestic business environment.

Time will show that China’s economy will develop more steadily with the rationalised regulations, that innovation will unleash greater vitality, that China’s economic development will open up prospects, and that it will certainly make greater contributions to global economic recovery and shared development, including for SA and other African countries.

• The author is Chinese ambassador to SA.

Watchdogs need to stay on the heels of Big Tech, says Bank for International ...

Watchdogs need to stay on the heels of Big Tech, says Bank for International ...