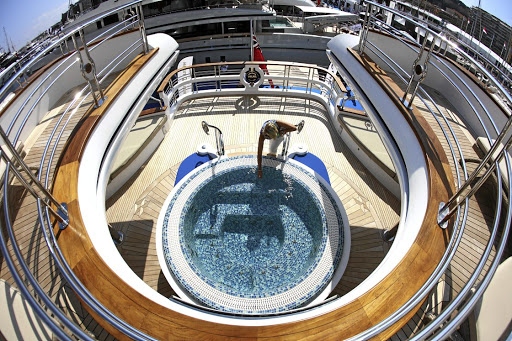 As soon as Americans began emerging from their homes after the first wave of Covid-19 receded in spring 2020, many apparently headed straight to their local boat dealers. Spending on pleasure boats shot up to 20% in May 2020 above the prepandemic pace, according to personal consumption expenditures data from the US department of commerce’s Bureau of Economic Analysis (BEA). So far in 2021, boat spending is running nearly 50% higher than before the pandemic.

And really, why shouldn’t it? At a time when crowded indoor spaces can pose deadly risks, small boats (not cruise ships!) are pretty great places to be. The remote-work arrangements forced by the pandemic have also made it easier for affluent white-collar workers to locate themselves within convenient distance of a body of water.

As with so many other things that have boomed during the pandemic, though, one does have to wonder how long this elevated demand for boats will last. The record-breaking inflation-adjusted spending pace has not, interestingly, translated into record numbers of boats being purchased — indicating that the boats being sold have become fancier over the years.

For the sake of simplicity, when I refer to boats from here, I mean powerboats, and it is clear that while 2020’s 318,550 boat sale total was the best in years, and 2021 looks even better, sales were much higher in past decades.

The unit sales numbers for the 1960s and 1970s appear to have been similar to those of the 1980s. I found a report from 1960 that 329,000 new boats with outboard motors had been sold the previous year (meaning the total number of powerboats sold was even higher), when the US population was barely more than half what it is now. The mid-1990s sales boom, meanwhile, was a boom mainly for personal watercraft such as Bombardier Recreational Products’ Sea-Doo, Yamaha Motor’s WaveRunner and Kawasaki Heavy Industries’s Jet Ski, with traditional powerboat sales during the decade well down from 1980s levels.

A lot of the boats sold in past decades are still on the water — swapping an old outboard motor for a new one is a lot simpler than replacing a car engine. But overall, powerboat ownership is down, and boating seems to play a reduced role in US life compared with past eras.

It certainly plays a reduced role in my life. When I was little, we had an old powerboat parked in a back corner of our suburban California lot that we would occasionally take out for (very slow) water-skiing in the Sacramento-San Joaquin Delta or fishing in the San Francisco Bay. Later, we shifted to canoeing, and in my adult life I have never owned or seriously considered owning a boat.

Given that I have spent most of that adult life living in Manhattan apartments, I am not representative of anything. But the decline of boating can perhaps be attributed to larger trends, such as the population shift towards large metropolitan areas, where boat ownership is more complicated, and towards the west, where, according to a recent US Coast Guard survey, boating is much less popular than elsewhere in the country. It is most popular in the slow-growing Midwest, and the archetypical US candidate for boat ownership — a white, male Midwesterner with a well-paid blue-collar job — certainly has become scarcer over the past few decades.

Still, the fact that boating is not what it used to be may indicate that the huge sales gains of the past year might be sustainable.

“At some point in the future we may see a correction,” David Foulkes, CEO of Brunswick Corporation, the leading player in the US recreational boating business, told me recently. “But from our perspective, there are more constructive trends than potential headwinds.”

Foulkes said this during an early-morning cruise in New York harbour aboard a Brunswick-made Sea Ray Sundancer 370 (the company’s other brands include Boston Whaler, Heyday and Lund) powered by three outboard motors from Brunswick subsidiary Mercury Marine, which has about a 45% share of the US outboard market.

Not long after discovering the BEA boat sales data, I got an email out of the blue from Brunswick inviting journalists to “test drive” some of its boats, so of course I accepted. My test driving was limited to using the boat’s joystick to go around in circles in the middle of the Hudson River off Chelsea Piers (the joystick is mainly for getting around tight corners in marinas), but while on board I was also able to question fellow passengers Foulkes and Brunswick CFO Ryan Gwillim about the boat business.

The 90m Sundancer 370 we were on goes for about $1m, but 80% of the boats Brunswick sells cost $50,000 or less, and the National Marine Manufacturers Association (NMMA) reports that 61% of boat owners have household incomes of $100,000 or less. This can be explained partly by boat owners being more likely to live in places where $100,000 is a lot of money than in coastal metropolises where itis not, and on the whole boaters are more affluent than other Americans. But this is not the 1% we are talking about. Tens of millions of Americans who do not own boats could afford them if they wanted to.

The “constructive trends” Foulkes sees consist of, first, an order backlog stretching into next year, but also indications that boating is making inroads beyond its traditional base. After rising from 45 in the mid-1990s to about 52 for most of the 2010s, the average age of US boat buyers fell to 49 in 2020.

At Freedom Boat Club, acquired by Brunswick in 2019, women now account for 35% of the 67,000 members who pay to use boats without the hassle of storing and maintaining them — much higher than the female share of boat owners.

More flexible work arrangements for many Americans have also allowed for an expansion of the time when nonretired people can get in their boats, Gwillim said, with weekday boating on the rise. (There is also some prospect of boating becoming more environmentally friendly with a shift to electric engines, which Brunswick’s Mercury Marine plans to start selling by 2023, though my Bloomberg Opinion colleague Brooke Sutherland points out that there are some issues with combining electricity and, um, water.)

That executives at a boat company are optimistic about boats is not exactly news, of course. Investors seem optimistic too, though.

Brunswick only became a pure-play boating company in the past decade. Founded by a Cincinnati carriage maker who branched into billiards tables in the 1840s, it became the world’s leading maker of billiards equipment by the late 1870s. In the 1890s it got into bowling and came to dominate that sport, too. Its involvement in boating dates to the early 1960s, when among other things it bought the company that is now Mercury Marine, and in the 2010s it sold off its bowling equipment, bowling centre and fitness equipment businesses to go all-marine.

Getting out of bowling turns out to have been a very good move. The BEA does not keep track of consumer spending on the sport, but employment at bowling centres fell 78% at the beginning of the pandemic and is still down 23%. Boating, of course, has benefited from the pandemic, though it has not been the biggest beneficiary.

The urge to stay in during the pandemic helped drive spending on books and streaming, while the urge to get out of the house boosted spending on boats and — even more — recreational vehicles. Will the nudge from Covid-19 bring on a permanent shift in behaviour? Some, probably. We shall just have to see if this includes lots more of us making waves.

• Fox is a Bloomberg Opinion columnist covering business. He was the editorial director of Harvard Business Review and wrote for Time, Fortune and American Banker. He is the author of ‘The Myth of the Rational Market’.

Bloomberg Opinion. More stories like this are available on bloomberg.com/Opinion.

From cannabis buffets to choppered-in caviar, posh charter life can be a rough — albeit rewarding — ride for the crew
Life
5 months ago

Despite the Covid-19 pandemic, demand for extravagantly high-end yachts from the world’s richest people has outstripped supply
Life
8 months ago
Next Article

LETTER: SA still has a long way to go to bridge the gap between men and women

BHP lifts the lid on sexual harassment in mining

LETTER: SA still has a long way to go to bridge the gap between men and women

BHP lifts the lid on sexual harassment in mining